Research Shows ADHD Meds Do Not Increase Substance Use Risks 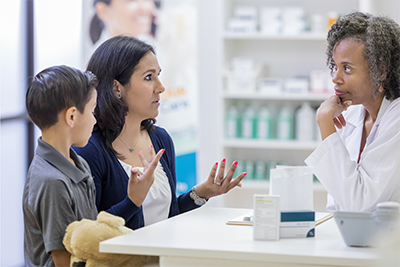 The risk of developing a substance abuse disorder, or a dependency on alcohol, illegal drugs, or other intoxicants, is a long-standing concern for most parents and practitioners when a child is diagnosed with ADHD. Children and adults who have ADHD tend to have a greater possibility of substance abuse. The natural concern has been if this is related to medication management.

There is good news on this question: recent research demonstrates that medication management for ADHD, either with a stimulant or nonstimulant medication, does not increase the risk of substance use. Research published by Timothy Wilens, MD, a former member of CHADD’s professional advisory board, shows that medication management is not a risk in developing substance abuse disorder (SUD), and when medication is included in early treatment, the teen and adulthood risks of substance use is decreased for many individuals.

Dr. Wilens is chief of the division of child and adolescent psychiatry and co-director of the center for addiction medicine at Massachusetts General Hospital. He is also the MGH Trustees Chair in Addiction Medicine and a professor of psychiatry at Harvard Medical School. He and his team reviewed twenty-six long-term studies, which included twenty-one focused on ADHD treatment along with two on major depressive disorder and three on another mental health disorder.

“The treatments that began before the age of nine, and were more ongoing, were the most effective at reducing SUD, especially in ADHD,” says Dr. Wilens. “And we think that it is probably pertinent to other psychiatric disorders.”

He adds that the earlier treatment begins and the longer it continues and remains consistent, the greater impact it has on preventing a child and later a teen from using an addictive substance.

It is because some people have intentionally abused stimulant medications that there has been hesitancy about their use as part of treatment. The need to understand what, if any, relationship exists between proper medication management and the possibility of substance abuse has prompted a great deal of research.

Dr. Wilens says his research, along with previous studies, demonstrates that medication management can prevent substance use.

“The fact that the literature shows that juvenile-onset psychiatric disorders are significant risk factors for SUD coupled with our findings that medication treatment reduces that risk affirms that we need to identify and treat psychiatric disorders early in life,” says Dr. Wilens. “Picking it up early and treating these kids as long as they require treatment leads to a much better outcome when it comes to substance use disorders.”

A study from 2017, headed by Patrick Quinn, PhD, of Indiana University Bloomington’s School of Public Health, also demonstrated that medication management that included stimulant medications could decrease the risk of substance abuse in later life.

“[There’s] growing evidence that ADHD medication is linked to lower risk for many types of harmful behavior, including substance abuse,” says Dr. Quinn.

Nora Volkow, MD, director of the National Institute on Drug Abuse at the National Institutes of Health and James Swanson, PhD, director of the child development center at the University of California, Irvine, reviewed the research on stimulant medications for ADHD in childhood and the risk of substance abuse later on. They concluded, “[S]timulant medication to treat young children with ADHD does not affect—neither increasing nor decreasing—the risk for substance abuse in adulthood.”

Writing in the American Journal of Psychiatry, they added, “[T]he evidence that current clinical practice does not increase later substance use or abuse is comforting, but the failure to document that childhood treatment with stimulant medication decreases the high risk of substance abuse in adulthood is distressing. This highlights the need for the development of integrated treatments that target both ADHD and substance abuse in order to go beyond standard treatment and find a way to reduce or prevent substance abuse and provide better treatment if these disabling outcomes emerge.”

“The fact is that untreated ADHD is a significant risk factor for substance abuse in adolescence and adulthood,” says José Martínez-Raga, MD, PhD, head of the psychiatry department at the University Hospital Doctor Peset, in Valencia, Spain.

With no clinical evidence that stimulants or other medications prescribed to treat ADHD are a cause of substance use or abuse, parents and prescribers should take into consideration other important factors when deciding on a treatment plan:

A treatment plan for ADHD should be tailored to the needs of the specific child and the concerns of the child’s family. Having an open and frank conversation with your child’s ADHD specialist and medication prescriber allows you as parent to determine the best course of treatment for your child and the flexibility to update that treatment plan as needed.

Join the discussion: How has your family addressed concerns about prescribed medications?

Research Shows ADHD Meds Do Not Increase Substance Use Risks

Professionals Webinar: Working with Latino Patients and Their Families