What ADHD Medication Can and Can’t Do 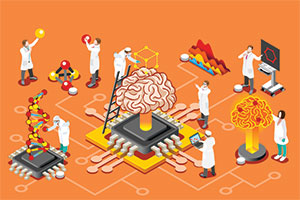 Your child was recently diagnosed with ADHD, and along with a referral for behavioral therapy, he was given a prescription for medication. Maybe you hope this will be a miracle cure, or you’re concerned that it will mean a lifelong dependence on medication. Most likely, the results will fall somewhere in between.
What ADHD medication won’t do
In about half of all children diagnosed with ADHD, some or all of the symptoms will ease off as they mature. A few will no longer qualify for an ADHD diagnosis in adulthood. This is not a result of any medication they have taken—there is no “cure” for ADHD—but rather a normal part of development in some individuals with ADHD.
“Young people can grow out of some of the traits, especially impulsive hyperactive traits,” says Craig Surman, MD. He is an assistant professor of psychiatry at Harvard Medical School and scientific coordinator of the Adult ADHD Program at Massachusetts General Hospital, as well as a member of CHADD’s professional advisory board. “The symptoms that we control with medicine are typically related to the ability to stick with and finish things. That’s different than the ability to live an organized life. It’s related, but it’s not the only thing you need to do. [A child] could be focusing super well on medicine and not even turn in school assignments.”
Additionally, Dr. Surman notes that any medication can have side effects, which can range from occasional headaches and stomach aches to sleeplessness, changes in vision, circulation problems, and irritability.
But not everyone experiences side effects, says Dr. Surman. In fact, taking the right ADHD medication—whether it’s a stimulant medication or a nonstimulant—often means a person doesn’t necessarily feel “different,” even though being on the medication means he is able to follow through and manage his time or focus and remember things.
What ADHD medication can do
“If there is functional impairment in two or more roles, then treatment with medication” is absolutely what is needed, Dr. Surman says. That means anyone who has some combination of hyperactivity, impulsivity, and inattentiveness would do well on some kind of prescription ADHD medication. Medications go through extensive testing before they are put on the market, and anything that is prescribed as treatment for ADHD is considered to be safe for long-term use as well.
Doctors select from different classes of medications—stimulants, nonstimulants, antidepressants, antihypertensives, or wake-promoting agents—based on which symptoms need to be treated. Other considerations include whether your child has any coexisting conditions that also may need treatment. Those might include anxiety, depression, oppositional defiant disorder, or a substance use disorder, for example.
Even within the different categories of ADHD medications, there are a number of options your child’s doctor may consider, after a careful examination and evaluation of his or her specific symptoms. The medications may be generic or name brand. They also may be administered in different ways, including as a liquid, in a capsule or tablet, or as a patch applied to the skin.
Medication effects last different lengths of time. The medications are categorized as immediate release, sustained release, and extended release, depending on how long their effects last. Be sure to carefully read the information that comes with the prescription so you are aware how often it needs to be taken. You can learn more at Medications Used in the Treatment of ADHD.
Dr. Surman says it’s appropriate for people to take occasional “medication holidays” from their ADHD medication, for a variety of reasons.
“Breaks from medicine are in the toolbox of how to help kids,” he says, adding that researchers haven’t figured out how to evaluate when or how that is most beneficial. “It’s more, how does this respond to the individual’s needs and how does it fit into the plus-minus of being on medicine?”
Your child’s doctor will want to revisit the prescription and dosage whenever there’s a checkup, to see whether it might be time to make an adjustment or change to a new medication. There may not be a cure for ADHD, but safely treating it with a doctor’s careful guidance can be the next best thing.
Looking for more?
What was one of your concerns when you or your child started a new ADHD medication and how did you manage it?

What ADHD Medication Can and Can’t Do