FOR PEOPLE WITH ADHD across the lifespan, the co-occurrence of other disorders is generally the rule rather than the exception. Experts estimate that at least 60-80 percent of children, adolescents, and adults with ADHD have at least one other condition. Conduct disorders, oppositional defiant disorder, learning disorders, and anxiety and mood disorders are the most common comorbid disorders in childhood and adolescence. In adults, personality disorders are also highly prevalent. Likewise, there is a significant association between ADHD and substance use disorders, constituting one of the most common forms of dual diagnosis, a term used for the co-occurrence of an addictive disorder and at least one other mental disorder.

ADHD is associated with increased risk of substance use initiation as well as of developing a substance use disorder (SUD). Children and adolescents with ADHD are significantly more likely to try alcohol, tobacco, and a range of substances during their lifetime compared with their non-ADHD counterparts. Indeed, a study by Steve Lee and colleagues (2011) reports that individuals with ADHD are:

● twice as likely to have ever smoked cigarettes and nearly three times more likely to become addicted to nicotine,

● more than 2.5 times more likely to develop any form substance use disorder

Experts estimate that approximately 15 percent of adolescents and young adults with ADHD have a concurrent substance use disorder. A large meta-analysis revealed that almost one in every four patients seeking treatment for a substance use disorder also have ADHD (van Emmerik-van Oortmerssen, 2012). In the vast majority of these cases, ADHD remained undiagnosed and consequently untreated. Clinical evidence and findings from multiple studies show that the bidirectional overlap between these disorders is not random. Several explanations have been posed for their link. 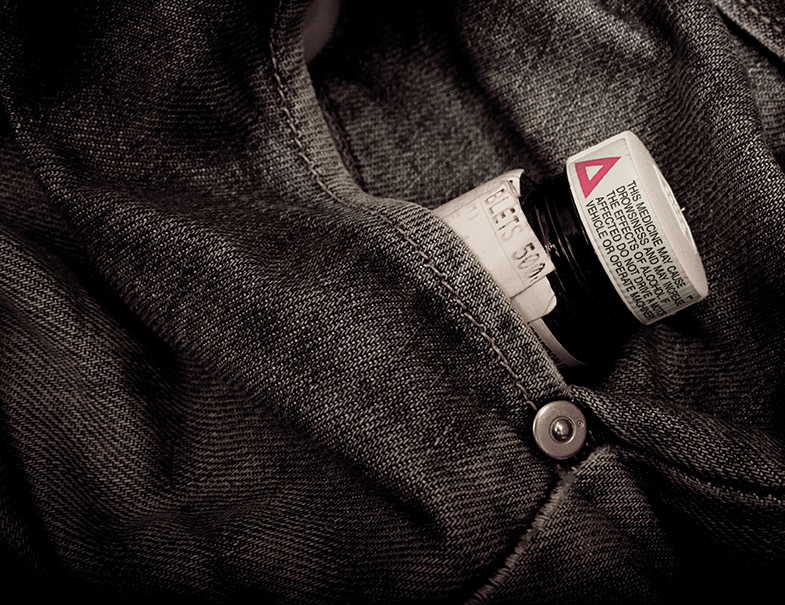 The link between ADHD and substance use disorders

The mechanisms underlying the increased risk of substance use and SUDs among individuals with ADHD have not been fully established. The increased risk is most likely due to a combination of several vulnerability factors, including:

● the comorbidity with other psychiatric disorders

● the underlying neuropsychological deficits, or what has been termed as the self-medication hypothesis.

Several neuroimaging studies show that individuals with ADHD display motivation and reward deficits characterized by a failure to delay gratification and preference for small immediate rewards over larger delayed rewards, mediated by altered dopamine transmission in certain brain areas. These deficits have been proposed as an underlying mechanism for impulsive behaviors associated with ADHD and the increased vulnerability to substance abuse. Researchers also hypothesize that ADHD and addictive disorders could share common familial risk factors due to shared genetic risks between the two conditions. In addition, several studies indicate a threefold-increased risk of ADHD in children of women who smoked cigarettes or used alcohol or other drugs during pregnancy.

Initiation of substance use in adolescence commonly takes place within social and peer contexts. Therefore, some studies indicate that the psychosocial problems and poor academic functioning frequently seen in ADHD may contribute to the development of an SUD. Alternatively, the increased vulnerability to addictive disorders in people with ADHD may also be related with some of the core symptoms of this neurodevelopmental disorder, such as impulsivity, which is also a significant feature of substance abuse. Likewise, some personality traits and symptoms that are generally genetically determined and are frequently associated with both ADHD and addictive disorders– such as novelty seeking, sensation seeking, harm avoidance, low self-esteem, and altered executive functions– may also increase the link to developing a dual diagnosis.

Researchers suggest that some individuals with ADHD use substances in order to attenuate or alleviate some of their symptoms or dysfunctions in an attempt to “self-medicate.” Indeed, for some people with ADHD cocaine has a paradoxical effect of increasing attention span and decreasing motor restlessness. Some adolescents and adults with ADHD, particularly those with more prominent hyperactivity and impulsivity symptoms, experience a decrease in psychomotor activation with marijuana use. For others, however, marijuana use can mimic the symptoms of ADHD and has been associated with worsening in sustained attention, deficits in problem-solving, or difficulties in organization that may persist even after several weeks of abstinence.

Treatment for ADHD and comorbid substance use disorders

Treatment of ADHD with or without a concurrent substance use disorder requires a multidisciplinary approach that integrates therapy and medications. Psychotherapy is always recommended, often in conjunction with any medication. Psychoeducation, motivational interviewing, and cognitive behavioral therapy are among the most useful intervention strategies for ADHD and concurrent SUD. An adequate treatment plan needs to consider the trajectory and severity of both disorders, the number of substances used, the presence of withdrawal symptoms, the stability of ADHD symptoms during prolonged periods of abstinence, and the occurrence of other comorbid psychiatric disorders.

Clinical practice reveals that treatment of ADHD may help individuals to remain and benefit from treatment for the addictive disorder. The good tolerability and safety profile of psychostimulants or atomoxetine (Strattera) in dually diagnosed individuals and the scarcity of significant interactions indicate these medications can be easily associated with pharmacotherapies commonly used in the treatment of specific substance abuse or dependence (Martínez-Raga et al, 2013).

Medication treatment for ADHD is often deferred until the individual reaches a protracted period of abstinence from the addictive substance. However, there is limited empirical evidence supporting such practice, and clinical guidelines recommend deciding treatment order based on the severity of ADHD and the comorbid disorder. A recent study evaluating the effects of stimulant medication in individuals with co-occurring ADHD and cocaine dependence (Levin et al, 2018) reported that abstinence is most likely preceded by improvement in ADHD, which tends to occur early with medication treatment. This suggests that treatment of ADHD should not be postponed.

Several concerns often arise on the use of medications for ADHD and their relationship with drug abuse. Many parents fear that prescription of psychostimulants during childhood may increase the susceptibility to subsequent drug use in adolescence or adulthood. As mentioned earlier, the fact is that untreated ADHD is a significant risk factor for substance abuse in adolescence and adulthood. Solid basic and clinical research shows there is no evidence that stimulants increase substance use or the risk of addiction. It remains to be established if they protect against the risk of later developing an addictive disorder, however.

Another frequent concern relates to the potential risk of abuse or misuse of psychostimulants prescribed for ADHD. This is one of the arguments against prescribing these medications in individuals at risk or who have a concurrent SUD. However, the majority of cases of medication abuse or misuse are related to short-acting stimulants, whilst there is little evidence of abuse or misuse with long-acting formulations, more so with nonstimulants. In any case, careful assessment of potential abuse of ADHD medication is warranted.

Although psychostimulants are considered first-line treatments for adults with ADHD, a common concern is whether they can be safely and efficaciously used in those with both ADHD and a substance use disorder. In these dually diagnosed adults, long half-life or slow-release formulations are preferable, as they maximize treatment adherence and minimize the risk of abuse due to their pharmacological characteristics. A growing body of research and clinical practice indicate that long-acting stimulants are as effective on symptoms of ADHD and well-tolerated in individuals with and without a concurrent SUD. Often considered a second-line option for adults with ADHD, atomoxetine (Strattera) may be considered a first-line treatment alternative for adults with SUD– especially those for whom treatment with stimulants previously failed and those with a history of prescription stimulant abuse.

José Martínez-Raga, MD, PhD, heads the psychiatry department at the University Hospital Doctor Peset, one of the major teaching hospitals in Valencia, Spain. He is also a lecturer at the University of Valencia Medical School. Dr. Martínez-Raga received his medical degree from the University of Valencia Medical School and completed an MSc Degree in Drug Addiction. Later, he completed a PhD, having conducted a study as a research fellow in Psychiatry at McLean Hospital and Harvard Medical School. He completed his specialist psychiatric training at the Bethlem and Maudsley Royal Hospital School in London. Then he returned to Spain and worked as a psychiatrist within the Spanish National Health Service. Until 2012, he was the coordinator of an outpatient addiction behaviors unit. Dr. Martínez-Raga has coauthored over 100 peer-reviewed scientific journal articles, as well as over 40 book chapters and 12 books and monographs. He has been invited to present at national and international psychiatry and addiction conferences and meetings. Currently, he is vice president of the Sociedad Española de Patología Dual (Spanish Society of Dual Disorders or SEPD).