The Complete Picture: How Estrogen Affects Women with ADHD 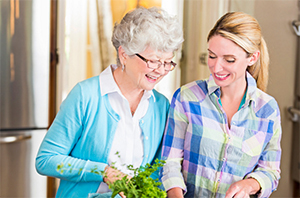 For most women and girls affected by ADHD, severity of ADHD symptoms will fluctuate throughout the month, tied closely with their hormonal cycles.

Researcher and author Patricia Quinn, MD, tells the story of one woman, Adele, in her book Understanding Women with AD/HD. Dr. Quinn’s ground-breaking book was highlighted in Attention magazine. More recently, her book Understanding Girls with ADHD, Updated and Revised: How They Feel and Why They Do What They Do addresses the concerns of girls and young women struggling with ADHD symptoms.

"In my history, the severity of my symptoms has at times been mild, and at others rendered me useless,” Adele says. “Looking back, it seems as though the severity of my ADHD symptoms increased during times when my hormones were going through a major change, puberty and after giving birth, for example.”

“Women with ADHD must live in their bodies, and those bodies, or more specifically those brains, are subjected to monthly fluctuation of hormone levels,” writes Dr. Quinn. “Research has confirmed that the brain is a target organ for estrogen and that estrogen’s neuronal effects have functional consequences. Specifically, estrogen has been found to stimulate certain populations of dopamine and serotonin receptors in the brain, to stimulate a significant increase in dopaine2 (D2) receptors in the striatum, and to have effects throughout the brain including midbrain catecholamine and serotonin pathways.”

Dr. Quinn writes the changes in estrogen levels at puberty and again at menopause can dramatically impact a woman’s ADHD symptoms, along with her ability to function. Similar fluctuations related to a woman’s menstrual cycle can worsen both her ADHD symptoms and symptoms of premenstrual syndrome.

“The diagnosis of PMS is usually reserved for women whose symptoms include physical discomfort,” Dr. Quinn writes. “There also appears to be a subgroup of woman (three to eight percent) with PMS whose symptoms are primarily related to mood disorder. These women experience extreme mood and behavioral symptoms, leading to a diagnosis of premenstrual dysphoric disorder (PMDD). These women report symptoms of irritability, tension, dysphoria, and lability of mood that seriously interferes with their functioning and relationships. … Adolescent girls and women with ADHD clinically report high incidence of PMS symptoms involving mood disturbance. Some women with a diagnosis of ADHD report that their symptoms seem to worsen during the premenstrual period. These women may actually have premenstrual magnification. This condition most commonly occurs with mood or anxiety disorders, but could possibly be seen with ADHD.”

Women and girls need to seek out medical professionals who understand the impact of estrogen on their symptoms, Dr. Quinn writes.

“The key to better outcomes for women with ADHD lies not only in better recognition of the disorder, but in the realization that in addition to their ADHD, they must cope with an ever-changing hormonal environment that can have a significant impact on their ADHD symptoms,” she says. “While these symptoms respond equally well to stimulant medication independent of hormone levels, when low estrogen states enter the picture a more coordinated treatment approach may need to be undertaken. For those women whose symptoms worsen during the monthly cycle or with menopause, estrogen administration can help stabilize mood and improve memory. Combined therapy with stimulants, an SSRI and estrogen replacement may be necessary for women with worsening ADHD symptoms, PMS, or PPMS.”

Read more about estrogen’s relationship to ADHD symptoms at ADHD in Women: Do We Have the Complete Picture?

Tell us what you think. Comment on this article.

Should Your Patients Have an Annual Check-up?

The Complete Picture: How Estrogen Affects Women with ADHD