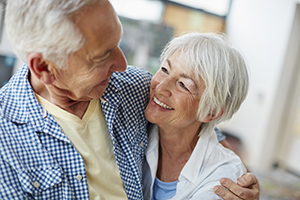 The number of adults older than 50 who are receiving a diagnosis of ADHD for the first time is growing.

“ADHD in older adults is an important diagnosis,” says psychiatrist and author Martin Wetzel, MD. “I would argue, also, that it’s an important issue in public health.”

An increased awareness of ADHD along with better research into how the disorder affects adults has helped many senior adults to finally understand how ADHD symptoms have affected them throughout their lives. For many, seeking a diagnosis comes after a grandchild has been diagnosed with ADHD and they begin to recognize the symptoms in their own life experiences.

“The prevalence of ADHD in older adults is about 3 percent,” Dr. Wetzel says. “That’s slightly lower than among other adults, which is about 4 percent. We know there are more studies being published on older adults with ADHD. And we know more patients are seeking evaluations for difficulties in thinking.”

Many older adults worry that the forgetfulness and inattention symptoms of adult ADHD could be signs of age-related cognitive issues, including Alzheimer’s Disease.

“There’s no evidence to link ADHD and Alzheimer’s and dementia,” Dr. Wetzel says. “People with ADHD don’t seem to be at an increase risk of getting Alzheimer’s Disease.”

Are you concerned that you or an older family member may have undiagnosed ADHD? Learn more from Dr. Wetzel in A Pattern of Struggles: ADHD and the Older Adult about senior ADHD.

Q&A: How a Helping Paw Helps with ADHD Symptoms

Be Ready for Disaster: Lessons from Louisiana