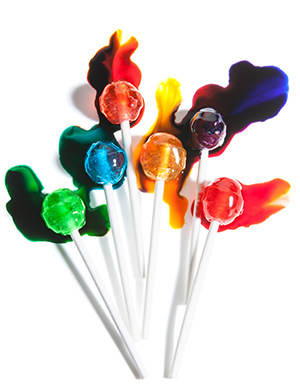 Do the foods your child eats affect his ADHD symptoms? Do you feel a change in your symptom level when you exclude certain foods or ingredients from your meals?

Many people are interested in possible connections between what they eat and how ADHD affects them or their children. Families and researchers spend a considerable amount of time looking into different foods or ingredients to include or exclude as another ways of controlling or improving symptoms.

Several myths regarding foods and ADHD have popped up during the years. We took a look at a few of the most popular.

Sugar – Many studies over the years have examined if sugar causes hyperactivity or can aggravate ADHD symptoms. The short answer is sugar has no impact on ADHD and is not a cause of ADHD symptoms. Several studies have concluded that sugar actually acts as a sedative. Keep in mind, sugar can impact other aspects of health, including weight gain, and some people can have a sensitivity to sugar that is unrelated to ADHD.

If you or your child does not have celiac disease, going gluten-free will not have an impact on symptoms, according to the research. If you do suspect celiac disease is part of the problem, talk with your doctor.

Vitamin or trace mineral deficiency – Could resolving ADHD symptoms be as simple as adding a multivitamin? Unfortunately, no. While some research has seen deficiencies in regards to some vitamins and minerals that might be common among children affected by ADHD, it has not shown this lower amount is the cause of ADHD. Likewise, supplementing with vitamins or minerals hasn’t shown a consistent improvement in symptoms.

Are there any food-based approaches that could help? A few:

Eliminate artificial colors/preservatives – Some children and adults have a sensitivity to artificial colors and preservatives. This sensitivity can be displayed in increased activity and more difficulty paying attention, regardless of an ADHD diagnosis. If you suspect you or child is sensitive to these ingredients, discuss it with the doctor, who may advise you to eliminate them for your diet.

Organic vs. conventional foods – Do pesticides contribute to ADHD? Preliminary research suggests they might play a role, but a definite relationship hasn’t been established. Choosing organic foods when you can or foods that don’t require much pesticide use and washing fruits and vegetables with a veggie wash can help to reduce exposure for children and women planning to have children.

Food allergies – Some food allergies can produce symptoms that include hyperactivity and difficulties paying attention. If you suspect a food allergy, discuss this with your child’s doctor and ask for a referral to an allergy specialist.

More information on the myths of ADHD.

Medication and You: Understanding the Essentials