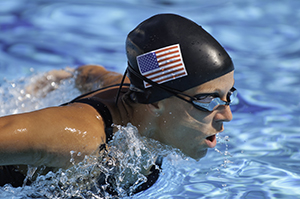 With excitement for the 2016 Summer Olympic Games starting to build, many children involved in sporting activities are having their “mini-Olympic” events for families and friends.

For children affected by ADHD, sports can be a positive experience. A sport or an athletic skill your child does well and enjoys can become an island of competence that helps to build your child’s self-esteem and resiliency when faced with the challenges that come with an ADHD diagnosis.

Sports―such as martial arts, archery, swimming, diving, and ballet―that focus on mastering individual skills are particularly good for children affected by ADHD. Children can improve their concentration by learning skills from their sport, and it can give them a physical outlet for excess energy. Many children learn self-discipline, self-restraint, and respect for themselves and others as part of the game or activity. Sports that reward the hard work of mastering skills, such as earning martial arts belts, winning ribbons for horseback demonstrations, or awards for wrestling matches, can give children a sense of accomplishment.

Children who have difficulty in school are able to practice their individual sport at their own pace. Children who play on teams can find supportive teammates who help them achieve their goals.

When a child affected by ADHD is active in a sport―especially if the sport has a feeling of controlled risk or excitement to it, like horseback riding, rock wall climbing, or martial arts, it can help her develop a better ability to focus and sustain attention in other areas of life, says Debbie Crews, PhD, of Arizona State University, in an Attention article a few years ago. She teaches golf to children affected by ADHD as a method of helping them develop attention and focus skills.

Dr. Crews suggests parents compare a child learning the ability to focus her attention to learning how to dial the volume on a radio.

“They can learn to turn it up and turn it down,” she says, using golf as an example. “They have to use that dial and turn it up and down on their own instead of having the outside world do it for them all the time. For them, to have a routine to focus on every step of the way—walk up to the (golf) ball, put things in place—that is a very good skill for the kids to learn. Then the ball will give them immediate feedback. If they catch all those steps, the ball will probably fly pretty well for them. But if they miss one, if they don’t take the time to do the steps, it probably won’t fly very well for them. You have to stay in the present in golf. It’s a hard thing for the kids to do, to be in the moment.”

The same idea holds for other sports, she says. Preparing for practice or the sporting event has its steps; the game, match or competition has its steps. Following the steps, knowing what to expect, and developing skills through practice help children learn to be in the moment. What’s more, they translate to other areas in a child’s life, at home and at school, she says.

Wendy Tucker’ son Taylor wrestles and participates in state competitions. Through his years as a wrestler, Ms. Tucker has seen improvement in Taylor’s abilities off of the wrestling mat.

Wrestling has also helped, she says, with his ADHD symptoms in other ways. “It’s an added benefit that he gets to be busy and active, and it does help him at the end of the day,” she says. “He gets to release some of that extra energy. Taylor understands that to be a student-athlete at the high school level, or even possibly at the college level, will mean that he has to be as good of a student as he is an athlete.”

Your young athlete most likely isn’t an Olympian, but the challenges and accomplishments of sports aren’t just for Olympics or tournaments. If your child enjoys the sport, Olympic gold doesn’t need to be the goal. Knowing she can achieve success despite an ADHD diagnosis and seeing an improvement in symptoms can be gold for many children and their families.

Medication and You: Understanding the Essentials