Why Do People Seek Complementary Treatments? 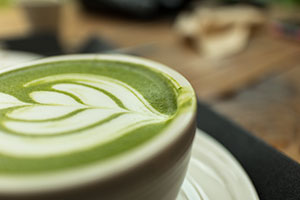 Question: We have worked closely with my son’s doctor and have a treatment plan that is benefiting him. We’re happy with how he is doing. But I have had several people suggest discontinuing the medication he has been prescribed and instead use different approaches, including herbal supplements, fish oil, neurofeedback, and mineral supplements. What I’d like to know is why are so many people interested in these approaches to treating ADHD rather than what has been researched and proven to work for the majority of people?
Answer: We took your question to L. Eugene Arnold, MD, MEd, the National Resource Center’s Resident Expert on ADHD. Dr. Arnold was part of the NIMH-funded Multimodal Treatment Study of Children with ADHD which began in the late 1990s. The study established the recommended treatment approach of behavioral management, medication management, and education on ADHD. Dr. Arnold also has a special interest in alternative and complementary treatments for ADHD and has written and presented on effective approaches.
There are several reasons why a person would seek out alternative interventions for ADHD or would add complementary approaches to their treatment plan or to their child’s treatment plan, Dr. Arnold says. While some people are reluctant to employ medication as part of treatment due to distrust of some members of the medical establishment (either researchers, pharmaceutical companies, or governmental agencies that oversee medications), most people look for alternative or complementary interventions for more personal reasons.
“I think part of it is dissatisfaction with treatment,” he says. “The side effects of medication, the expenses of medications, and the effort and time it takes towards obtaining treatment are concerns. I think there is also a concern about the safety of medications, but ADHD medications are among the safer medications prescribed.”
Dr. Arnold points out that most side effects from ADHD medications are mild, including loss of appetite, upset stomach, and headache. More serious side effects are rare, but can occur, making it necessary to work closely with your doctor or your child’s doctor when first starting any new medications.
Research estimates that about a third of us will seek out additional approaches for our health concerns in place of, or in addition to, traditional treatment. As far back as 1998, researchers were identifying the reasons why people would look for alternative and complementary treatments. Most often, users of these approaches have a higher level of education and will read more about those interventions. They are frequently looking for modes of treatment that acknowledge a mind/spirit/body connection related to health concerns.
“They find these health care alternatives to be more congruent with their own values, beliefs, and philosophical orientations toward health and life,” the researchers wrote at that time.
Considering alternative and complementary interventions for ADHD
“There’s a thread that runs through a lot of these alternative treatments,” Dr. Arnold says. “You have to weigh what is known against the risks of doing or not doing it. There’s a lot of ‘real news’ [regarding medications or alternative approaches] that may be over-interpreted that you need to look into first.”
Dr. Arnold says there are several complementary interventions have been shown to be helpful for ADHD. Of the ones that are being studied or suggested, he mentions five:
Avoiding artificial food colors and preservatives
Research has shown that some children and adults are affected by these food additives, causing them to be more active or less able to concentrate. For those already affected by ADHD, it can intensify ADHD symptoms.
“Applying common sense, it would make sense to avoid food dyes as much as possible,” Dr. Arnold says.
Supplementing with micronutrients
This is still being studied and there are several micronutrients that could provide improvements regarding emotional dysregulation and inattention for children and adults, but no improvement on hyperactivity.
Omega 3 fatty acids/fish oil
Research is showing a positive response to including fatty fishes, quality fish oil supplements and omega 3 fatty acid supplementation in one’s diet. For those who find this approach helpful, improvements can be seen in as early as six months. It could also take about a year before improvement is noticed.
Neurofeedback
Neurofeedback, while popular, is labor intensive and expensive, so much so that Dr. Arnold feels it is hard to justify using this approach at this time.
“One thing we can say is it requires some hands-on help from somebody who has experience with neurofeedback,” he says, suggesting that this approach be done through a recognized clinic.
Exercise and good sleep
Getting enough rest is important for attention and executive functioning. Exercise has proven benefits for increasing attention and decreasing symptoms for a limited time for most people.
“There are a few studies showing that exercise has some benefits for ADHD,” Dr. Arnold says. “We also know that exercise is good for your heart and your general health. If it helps reduce ADHD symptoms, great. If not, it’s still good for your health.”
Finding what works for your ADHD symptoms
Dr. Arnold encourages people to discuss with their doctors what they have heard from other people or have learned in their own reading about complementary approaches before adding them to their ADHD treatment plans.
“I think a lot of this is giving people the facts and letting them make a decision, rather than all the hype,” he says.
Looking for more?
What complementary approaches have you incorporated into your treatment plan?

ADHD on the Job: How You and Your Employer Can Make It Work

Q&A on Job Accommodations That Can Help You

Why Do People Seek Complementary Treatments?