During the Virtual International Conference on ADHD in November, CHADD presented the following awards in addition to the Lifetime Achievement Award presented to Maureen Gill (see Attention’s October 2021 issue, page 36). Congratulations to all, along with deep gratitude for their dedication to people affected by ADHD. 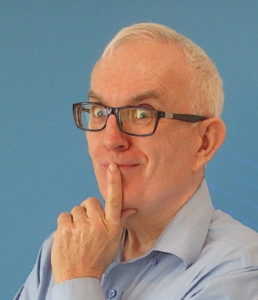 Graduating with a bachelor of science degree in physics, Rick Green became a demonstrator and program developer at the Ontario Science Centre. Eventually, he dove into comedy full time, as a writer, actor, director, and producer. He worked on 700 episodes of television and radio programs, including The Red Green Show, Sexual Intelligence with Kim Catrall, Prisoners of Gravity, and The Frantics.

In 2009, Rick and his wife, Ava, created the award-winning PBS documentary, ADD & Loving It?! which eliminated stigma and busted endless myths by combining solid scientific information with humor, humanity, and hope. Focusing on the relationship between fellow comedian Patrick McKenna and his wife Janis, the program was life-changing for millions of people. ADD & Loving It?! ran on PBS for over ten years. What began as a one-time project became a full-time mission for Rick and Ava, leading to a website, TotallyADD.com, featuring webinars, YouTube videos and scores of blogs. Rick also created sixteen full-length videos featuring ADHD specialists, doctors, researchers, coaches, and advocates.

With the original ADD & Loving It?! documentary ending its run, Rick expanded his focus to address procrastination, emotional sensitivity, creativity, organization, memory, depression, anxiety, mindfulness, and more, at RickWantsToKnow.com. Here, supported by hundreds of patrons, including many clinicians and educators, Rick and Ava continue to impact the world for the better. For his work with people affected by ADHD, Rick Green has won numerous awards and has been appointed to the prestigious Order of Ontario and the Order of Canada. 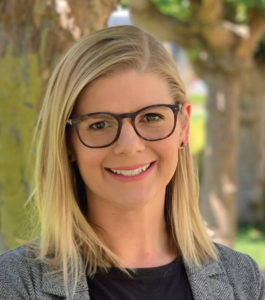 Melissa Dvorsky, PhD, is an assistant professor of pediatrics, psychiatry, and behavioral sciences and director of the ADHD and learning differences program at Children’s National Medical Center and the George Washington University School of Medicine and Health Sciences. She received a PhD in clinical psychology from Virginia Commonwealth University. She completed her predoctoral internship at Cincinnati Children’s Hospital Medical Center and her postdoctoral fellowship at the University of California, San Francisco. Dr. Dvorsky’s work centers on ADHD in adolescence and school-based interventions. With funding from the National Institutes of Mental Health, she is developing and piloting ATOM (Advanced Tools for Organization Management), a technology-enhanced intervention for adolescents with ADHD that aims to optimize treatment engagement and promote sustained improvements for adolescents with ADHD. She also investigates risk and resilience mechanisms for social, emotional, and academic functioning, as well as substance use prevention for youth with ADHD. Finally, the majority of her research focuses on school-based interventions for youth with ADHD. Her work in this area started during her undergraduate training at Ohio University and continues to this day. This work ranges from examining how youth are initially referred and assessed, developing feasible models for intervention delivery by school mental health providers, and identifying mediators and moderators of treatment success. 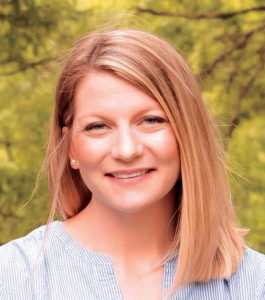 Samantha Margherio, MA, is a graduate student in the clinical psychology program at Ohio University. She works under the mentorship of Steven Evans, PhD, within the Center for Intervention Research in Schools (CIRS). She completed her undergraduate degree in psychology at Missouri University of Science & Technology, followed by her master’s in clinical psychology at Sam Houston State University, and then joined a research lab at Western Psychiatric Institute and Clinic studying bipolar spectrum disorders. These collective experiences led Margherio to develop a passion for improving treatment outcomes for children and adolescents. At CIRS, her work has focused on investigating risk factors for health risk behaviors among adolescents with ADHD, improving and streamlining screening and assessment processes, and examining effectiveness and cost effectiveness of interventions for youth with ADHD. To support her dissertation, she obtained the NIH Ruth L. Kirschstein Individual Predoctoral NRSA to examine the longitudinal effects of a training intervention on the alcohol use of adolescents with ADHD, considering emotion dysregulation as a potential intervention mechanism of change. This work will contribute to Margherio’s overarching research goals to develop and evaluate interventions capable of producing potent, durable effects without undue economic burden for children and families.

Chapter of the Year
ADHDKC

Founded in 2012, ADHDKC is CHADD’s Kansas City chapter. First selected for this award in 2014, ADHDKC is once again recognized by CHADD in 2021. ADHDKC provides resources, education, and support for thousands of area parents or caregivers of children with ADHD, for teens with ADHD, and for adults thriving with ADHD. ADHDKC offers monthly virtual support meetings with live presentations by key thought leaders, medical and mental health professionals, and local and national experts on ADHD. 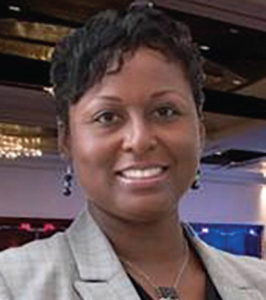 When Shirelle F. Pearson sought resources to support her son, who was diagnosed with ADHD, she found CHADD quite valuable, and she considers the organization a significant part of his success today. In 2014, she accepted the role of treasurer for the CHADD Nassau County chapter, and she became the chapter coordinator in 2018. The chapter has grown exponentially, reaching well beyond its Nassau County roots to extend resources and tools to other chapters nationwide as well as Canada and China. In May 2021, Pearson became a member of CHADD’s diversity, equality, and inclusion committee. She is a graduate of the ADHD Parent Coach Academy, earning a professional ADHD parent coach designation in July 2021.

Pearson is an account manager with Marsh McLennan Agency in their New York City office. With more than thirty years of experience with an insurance carrier, human resources, and group benefits consulting, she also extends her knowledge to her graduate students as an adjunct professor at the New York Institute of Technology. Her consulting career has allowed her the opportunity to effectively communicate across organizations, and implement thoughtful health and welfare benefits, tools, and resources, and wellness recommendations. She is a published essayist who enjoys helping clients empower employees through emotionally intelligent strategies, which foster better health, employee satisfaction, higher productivity, and loyalty. A member of MMA’s Northeast Diversity Equality and Inclusion Council, she participated in MMA’s Aspire mentorship program. She also volunteers as director of programs with the New York Metro area chapter of the International Society Certified Employee Benefits Specialist and its chapter working group.

A lifelong learner and critical thinker who believes that collaboration is the best way to build a strong village that elevates everyone, her mantra is “Mindful kindness matters most.” Pearson earned her BBA from Adelphi University, her MBA from Dowling College, and her Group Benefits Associate Certificate from the International Foundation of Employee Benefit Plans in partnership with the Wharton School of the University of Pennsylvania. Her crowning achievement is the role of doting mother to her two sons, Torrell and Devyn, 26 and 20 years old respectively.

Myths About ADHD Can Cause Our Early Deaths

New Research Shows ADHD Symptoms Can Go Up and Down: What Does This Mean?

Those Lovely ‘Mones: The Intersection of ADHD and Hormones