What comes to mind when you think of a boy with ADHD? One who is impulsive, blurts out answers in school, fidgets, and seems to be in constant motion? This was my viewpoint, until my son was diagnosed with inattentive ADHD. Parenting a child with this type of ADHD forced me to change my perception of what I thought I knew about the disorder. 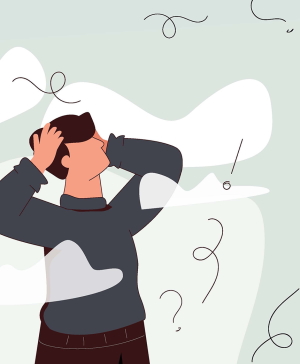 ADHD was initially defined based on observations of hyperactive behavior in boys. In the 1845 children’s book Struwwelpeter, German psychiatrist Heinrich Hoffmann described Fidgety Philip, a boy who had trouble listening, paying attention, could not sit still, and made a mess. Unfortunately, this perception of a child with ADHD has changed little, even over the past several decades. Boys are three times more likely to be diagnosed with ADHD due to the presence of hyperactive and impulsive behaviors, compared to girls, who predominantly display symptoms of inattention.

There is more to ADHD than just hyperactive little boys, however. My husband and I were fortunate that my son’s second grade teacher recognized his ADHD, since her older son had been diagnosed with inattentive-type ADHD.

According to the National Institute of Mental Health, this type of ADHD is less likely to be diagnosed and treated. The primary resource used by mental health professionals for classifying and diagnosing mental disorders is the Diagnostic and Statistical Manual of Mental Disorders. In the most recent edition—published by the American Psychiatric Association in 2013 and referred to as the DSM-5—the criteria for diagnosing ADHD was modified to identify the inattentive subtype with more accuracy. Previously, for example, the diagnostic criteria for ADHD required that symptoms be present in the child by age seven; however, the onset of inattentive-type ADHD symptoms may not be evident until ages nine to eleven.

Since the symptoms of inattention, disorganization, and forgetfulness only affect the child, children with the inattentive subtype of ADHD continue to fly under the radar at school and are often labelled as lazy or apathetic. According to a 2016 report from the US Centers for Disease Control and Prevention, nine out of ten children with ADHD received classroom accommodations in school. However, most children with ADHD are not in special education programs and their teachers may know little about ADHD behaviors. My son has been pigeonholed as lazy and uninterested by some teachers based on their misunderstanding of his inattentive ADHD symptoms. Thankfully, he has also been understood by just as many teachers.

Filling the information gaps
Parenting a child with inattentive ADHD is no small task. A Consumer Reports survey of 934 parents of children diagnosed with ADHD found more than half of the parents did not have a clear understanding of their child’s strengths and weaknesses; nor did they have a plan for managing their child’s behavioral problems. Despite having a PhD in pharmacology and studying ADHD medications, my background as a scientist did not prepare me to handle the challenges of being a mom to a son diagnosed with inattentive ADHD—which usually affects girls, or so I thought. When searching for books to help me as a parent, I discovered that the current literature falls short of discussing inattentive ADHD in boys.

The combination of finding insufficient available information and witnessing my own son’s difficulties motivated me to write Andrew’s Awesome Adventures with His ADHD Brain: Helping Children and Parents to Understand Inattentive-Type ADHD, to educate both children and adults about the often-overlooked subtype. The book shares my son’s challenging, humorous, emotional, and creative experiences with ADHD, and my experiences as someone in the trenches helping my son to manage his ADHD.

For example, there have been countless times I have begun a sentence with the words “Why can’t you just” when speaking to my son about a task he is supposed to complete: Why can’t you just clean your room… start your homework… study for your test… put your bike away? Before I understood my son’s ADHD, it never occurred to me that he couldn’t just get things done. It was not a question of understanding what needed to be done or being defiant; he has difficulty focusing on disliked and mundane tasks, like cleaning up his room or doing his homework.

I need to remind myself often that ADHD is a neurobiological disorder, and that my son is not choosing to fail classes in school, be disorganized, or have uncontrollable emotional outbursts. I am continually learning to work with my son’s ADHD brain to help him to be successful. The strategies for completing homework, staying organized, and remembering to do important tasks all need to include his input because what works for my neurotypical brain does not work for his ADHD brain.

Since my son’s inattentive ADHD is not outwardly apparent, advocating for him and teaching him to advocate for himself is one of my most important jobs as a parent. Inspired by the story of a father who would send letters to his son’s teachers to explain the boy’s learning disability, I email my son’s teachers at the beginning of each semester detailing his ADHD, his weaknesses, and, most importantly, his strengths. I was pleasantly surprised that the reaction from many of his teachers over the years was positive; they were grateful for parental communication and support.

Find strengths and embrace the positives
I know my son’s performance does not always reflect his capabilities. Kids with ADHD are often singled out for their inabilities and not their extraordinary abilities. To help my son be successful, I have tried to steer him in a direction related to his passion: space travel and technology. This seems like a logical plan—encourage your child’s interests—but it is critical for kids with ADHD. Despite their struggle to focus on mundane tasks, kids with ADHD can focus intensely on something they are interested in, almost to the point of obsession. Hyperfocus is truly a gift of having ADHD, enabling your child to become an expert at something and boosting his or her confidence despite daily struggles with the negative symptoms of ADHD. For my son, it is his relentless learning about anything related to outer space and space travel. 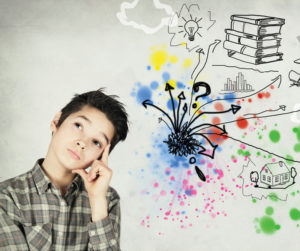 The combination of my son’s innovative ADHD brain and his passion for learning about space technologies led him to be selected as a national finalist in an essay contest about traveling to Mars. In the fall, he will attend a small university that focuses on aviation and aerospace. It will be difficult for me to step back when he goes to college and let him learn to fail and advocate for himself. But I can breathe a little easier knowing my son will be in an environment where he is most likely to thrive.

There are other positive characteristics associated with having ADHD. Although my son describes his ADHD brain as an overstuffed garbage can with a lid that does not stay on and things falling out all over the floor, his diffuse attention allows him to be a creative problem-solver who rises to a challenge. He will dive headfirst into the unknown, and neither the magnitude of a challenge nor a lack of experience stop him. I truly admire my son’s bold action. Interestingly, some characteristics of ADHD—hyperfocus, outside-the-box thinking, and risk taking—are known characteristics of entrepreneurs. ADHD does not have to limit our kids, but instead they can have limitless possibilities.

According to the CDC and the National Center for Health Statistics, approximately sixty percent of children with ADHD will have ADHD as adults, so there is a good chance your child is not going to grow out of their ADHD. In fact, the DSM-5 included criteria for diagnosing ADHD in adulthood. This is my son’s life; he will always have ADHD, and over the past nine years I had to learn to embrace the creative and unique way his mind works and help him navigate through the negative symptoms of his ADHD.

It is time to pay more attention to inattention and not overlook the quiet, daydreaming, forgetful child who stuffs worksheets in his or her desk, has a messy room, and cannot remember to turn in school assignments on time. It’s also time to understand that ADHD is not simply negative symptoms that need to be treated, but can include creative thinking, hyperfocus, and unique problem-solving skills. Some days it is a monumental task to keep everything in perspective, especially when I am being tuned out as he plays a computer game, homework is not being turned in, and it looks like a bomb exploded in his bedroom—although a flutter of excitement goes through me when I see he has put his socks in the hamper.

Kristin Wilcox holds a PhD in pharmacology from the University of Mississippi Medical Center. She has spent over twenty years in the field of behavioral pharmacology studying drugs of abuse and ADHD medications at Emory University and John Hopkins University School of Medicine. She has authored several manuscripts published in peer-reviewed scientific journals. Currently, Dr. Wilcox serves on the executive board of the Inattentive ADHD Coalition, hoping to increase awareness and understanding of the inattentive subtype of ADHD. She lives in Maryland with her husband and is a mom to two sons, one with inattentive-type ADHD. Andrew’s Adventures with His ADHD Brain: Helping Children and Parents to Understand Inattentive-Type ADHD is her first book.

Danielson ML, Visser SN, Chronis-Tuscano A, DuPaul GJ. (2018). A national description of treatment among US children and adolescents with ADHD. Journal of Pediatrics 192: 240–246.

What’s behind our survey on ADHD? (2010, July). Retrieved from https://www.consumerreports.org/cro/2013/01/what-s-behind-our-survey-on-adhd/index.htm

Screen Time and Sleep During the Pandemic

Compensatory and Recovery Services for Students with ADHD

Embrace Miscellaneous Organization for Your Ideas