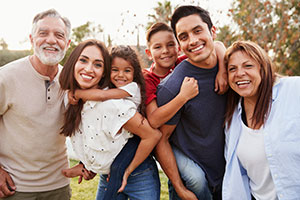 Can making cultural adjustments to how evidence-based ADHD treatments are presented to Hispanic and Latino families improve outcomes for children? Newly released research shows that culturally based adjustments do have a positive result for the child and improve a family’s likelihood of remaining in a treatment plan.

How well do cultural adaptations work for ADHD?

Dr. Gerdes is a clinical researcher exploring the intersection of childhood ADHD and Latino mental health disparities in the United States. Her work has been used to guide clinicians working with children and families affected by ADHD, with a special interest in creating culturally appropriate clinical practices. She shared some of her research in the NRC’s Ask the Expert webinar, Culturally Adapted Treatment for Childhood ADHD with Spanish-Speaking Latino Families.

In the recent study, Dr. Gerdes and her colleagues divided the families into two groups. One received the standard evidence-based treatment, such as parent behavioral training, behavioral management training, and group sessions, along with behavioral classroom intervention (a daily report card). Group sessions were conducted in the evenings at a university-based ADHD clinic. The other group also received parent training sessions and the daily report card, but this time all of the courses and presentation materials were adapted and newly developed to be culturally appropriate for Latino families. This group met at a local community center and families received two at-home visits from the trainers.

Their results showed the culturally adapted treatment outperformed the standard method of evidence-based treatment as measured by schoolwork and mother-reported treatment satisfaction. Both methods had significant improvement in parent and teacher reported ADHD symptoms and mother- and father-reported parenting skills. Families who received the culturally adapted evidence-based treatment were more likely to stay in the treatment programs and see positive results. For families that stayed in both programs, the researchers saw improvement of ADHD symptoms in the children.

“Latino parents perceive some aspects of parent management training, the leading psychosocial treatment for ADHD, negatively, which may diminish their engagement and motivation in the treatment process,” Dr. Gerdes writes. “The current findings support previous arguments that culturally adapted interventions may be necessary to increase both retention and engagement of ethnic minority families in psychosocial treatments.”

The results from this feasibility and pilot study are promising, she writes. By adapting the materials in standard evidence-based treatment approaches, making them more culturally appropriate, children and families remain in treatment and receive the benefits of parent training and behavioral management for ADHD. It shows the ability to improve success rates for children with ADHD.

“An important next step is to train existing community mental health professionals to deliver the treatment and to examine the effectiveness of culturally adapted treatment when delivered within a community setting by community providers,” Dr. Gerdes writes.

Why make cultural adaptations to treatment?

Dr. Gerdes says experts estimate that about 40 percent of US children will be Hispanic or Latino by the middle of this century. ADHD prevalence is the same across communities, regardless of culture or ethnicity. Having effective treatment tools to help Hispanic and Latino children with ADHD symptoms is important.

The findings from the recent study are promising, says Dr. Gerdes. Additional studies have shown cultural differences in how parents understand behaviors related to ADHD symptoms. This had led to misdiagnosis or less effective types of treatment used to help the child. Being aware of and sensitive to the cultural experience of the child’s family  increases the likelihood of success for the child when following an evidence-based treatment plan.

Read the study:
Feasibility, Acceptability, and Preliminary Outcomes of a Culturally Adapted Evidence-Based Treatment for Latino Youth With ADHD—What Does This Mean for Spanish-Speaking Families?