ADHD Awareness Is Every Day, Not Just for A Month 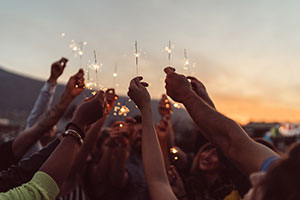 As we approach the end of ADHD Awareness Month, we take stock of the strides we have made in increasing awareness of ADHD as a health concern and a manageable condition.

This year, we’ve worked as a community to “set the record straight” on ADHD. Through awareness-raising events across the country, through social media, and through the ADHD Awareness Month Coalition’s ongoing video contest and contributions of personal stories, art, and memes from community members we have all helped in our own ways.

But we also know that ADHD awareness isn’t just for one month. ADHD is a lifelong condition that affects all areas of life for more than 17 million children and adults in the United States.

Why do we raise awareness?

“Awareness is a form of education,” according to the Social Work Helper website. “The more you know, the more power you have. Knowledge is power. This power can cause a positive effect in our community. Public knowledge is important in accessing community resources.”

Neil Peterson, writer of the PsychCentral column ADHD Millennial, looks at the question this way:

“Spreading ADHD awareness increases the chance that people will make the connection between the problems in their lives and ADHD, which makes it more likely that they’ll seek treatment,” Mr. Peterson says. “Spreading ADHD awareness lowers the odds that people with ADHD will be misdiagnosed by breaking down stereotypes about the disorder that persist even among some medical professionals. And spreading ADHD awareness reminds us as a society that making sure people have access to mental health treatment is a worthwhile use of our money. Personally, if there’s one fact I’d really like to get out there for ADHD Awareness Month, though, it’s that ADHD has real, long-term consequences in people’s lives.”

CHADD, the ADHD Coaches Organization, and the Attention Deficit Disorder Association formed the ADHD Awareness Coalition to provide the ADHD community and the public with reliable, evidence-based information about ADHD, treatment, and lifestyle management. Together, we sponsor ADHD Awareness Month and will be jointly hosting the annual conference on ADHD in November. CHADD, through its National Resource Center on ADHD, provides information for adults and parents on how to help their families. CHADD’s local affiliate groups provide support to adults and family members.

“We’re working to raise awareness about the importance of early diagnosis and treatment to make life better for the members of the ADHD community,” says April Gower, Chief Operating Officer of CHADD. “Without ADHD awareness, many children and adults will continue to struggle.”

As we move forward from ADHD Awareness Month, CHADD President Belynda Gauthier says she hopes the community takes away feelings of empowerment from this month. She added she hopes the greater public develops a deeper understanding and appreciation of their friends and family members who have ADHD.

“I’d like to see a better understanding of how we can help and support each other regarding ADHD come from this awareness month,” Ms. Gauthier says. “Everyone has gifts and talents, especially those of us in the ADHD community. We’re seeing those talents displayed beautifully through the ADHD awareness contests and personal stories that have been shared all month.”

ADHD is a serious, brain-based health condition that can create difficulties in a person’s life. But, with the proper treatment and support—from family, at school, and in the workplace—people can be successful and have fulfilling lives.

“I want people to feel empowered by ADHD Awareness Month to seek the treatment and support they need,” says Ms. Gauthier. “I also want the public to understand that someone affected by ADHD might need support, but once they have it, they can achieve anything. Together we can improve people’s lives, and together we will make a difference for those in the ADHD community.”

You can also join us this year in St. Louis, Missouri, for the 2018 Annual International Conference on ADHD, November 7-11. Registration is open and the conference features leading researchers and speakers on ADHD.

What you can do

Join the discussion: How do you increase awareness and understanding about ADHD in your daily life?

ADHD Awareness Is Every Day, Not Just for A Month

Holiday Shopping for the Giver with ADHD