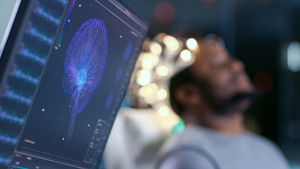 If you have ADHD, what are your chances of having a co-occurring condition? Researchers are finding more evidence that many mental health disorders are interconnected, making it more likely for people to have two or more at the same time.

Researchers reviewed the mental health records of six million people in Denmark for period of up to 17 years. They found that those who had a diagnosis of a mental illness were likely to have or develop a second disorder later on. For many co-occurring conditions, the researchers were able to map out the likelihood that individuals would develop or be diagnosed with a second condition within a set number of years.

As an example, the researchers state, “Among individuals who develop a mood disorder before 20 years of age, 40 percent of men and 50 percent of women will subsequently develop an incident neurotic disorder within the next 15 years.”

Many people have “ADHD plus”—ADHD with a co-occurring condition that is managed along with the ADHD symptoms. Among adults, about 47 percent also have depression and 53 percent have anxiety. About 14 percent of children who have ADHD have co-occurring depression, and 30 percent also have anxiety. Other frequently diagnosed conditions are mood disorders, tics, and sleep disorders. Often learning disabilities, while not mental health conditions, also frequently occur with ADHD.

Creating a map of mental health

“It’s like we developed Google Maps for every type of mental disorder, and we’ve gone down to the street level,” says John McGrath, MD, the senior author of the study and the director of the Queensland Centre for Mental Health Research in Australia. “The labels we use to describe mental illnesses are interim, temporary placeholders. They describe surface-level symptoms, but many of these disorders go together.”

Researchers hope that if clinicians have easy access to diagnosis-, age-, and sex-specific risks of possible future co-occurring conditions, this information could help them created more tailored interventions and better education about self-management, leading to more personalized treatment.

What it can mean for you

“While having more than one condition may pose challenges for consumers and require more intensive diagnosis, treatment, and therapy, people with co-occurring conditions can get effective treatment,” says Husseini K. Manji, MD, who was not involved with the study. He is an adjunct professor in psychiatry and behavioral sciences for Duke University School of Medicine. “Many university centers have specialized clinics that have more experience with individuals with comorbidities. Then, the treatment recommendations can often be implemented ‘locally.’”

If you or your child have ADHD, knowing there is a higher possibility of a co-occurring condition can help you be prepared for the second diagnosis. Adding support for a second diagnosis to an ongoing ADHD treatment plan can lead to greater success in treating both conditions.