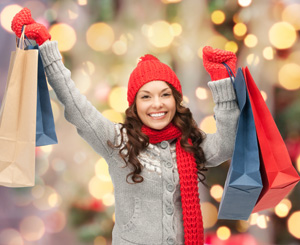 Impulse control is a challenge for teenagers, especially when they have ADHD. Blurting out comments in school or saying the wrong thing at the wrong time to friends and family often lands them in hot water. That lack of effective impulse control can also extend to their pocketbooks and wallets.

“The second my daughter gets money, she feels she has to spend it,” says Todd, whose teenaged daughter has ADHD. “Even if she doesn’t need anything, she’ll spend her money on candy, snacks, or make video game purchases.”

By the age of age seven, according to a study conducted at the University of Cambridge in the United Kingdom, children understand the concept of money and can identify actions that can cause financial hardships in the future. It’s not too late to talk with your teen, who by that age has had more experience with money, about impulsive spending and help them explore ways they can take time to think before they act.

“Impulsivity is perhaps one of the most common personality traits that affect how teens spend money,” says Stephanie Newman, PhD.

When teens act impulsively, they are not thinking about how their actions will affect themselves or other people. This could mean that a teen spends lunch money on a product that pops up on their social media, or they tend to overspend on an item wanted in the moment rather than to save toward a longer-term goal. The results could be a hungry teen that afternoon or one unable to purchase a larger goal item later on.

The influence of social media and the pressure of wanting to fit in can increase impulsive spending in teens. The lure of buying an item advertised on social media can be so strong for teens that they click the purchase button automatically without thinking.

“My daughter messaged me one night saying she wanted to buy a new cell phone case because she saw one in a TikTok that was posted by someone with 50,000 followers,” says Todd. “She urgently wanted to make the purchase even though she didn’t need a new phone case.”

Teenagers’ brain development keeps them focused on this moment only. They are often unable to see how an impulse buy can hurt them down the road. But teens can learn steps to control their impulsivity, especially when they have an effective ADHD treatment plan that includes behavior management techniques.

“It is imperative that your child knows that learning to control his impulses is a necessity in order to avoid a whole list of possible predicaments, including losing friends, losing a job, serving time in detention, or serving time in jail, just to name a few,” says Monte Davenport, PhD.

Parents can talk with their teens to help them understand how problematic impulsivity can be and why it is important to develop more self-control. Modeling self-control for your child is important, Dr. Davenport says.

Helping your teen learn some “brakes” when it comes to purchases can include:

Emotions can play a role in impulsivity

Teens can be impulsive when tired, hungry, overstimulated, or stressed. You can help your teen identify those moments and help them learn to plan ahead. Self-awareness is key, says Dr. Davenport. “It’s a crucial first step toward self-control, so it is vitally important to try to identify the situations that lead to your child’s impulsive acting before thinking.”

Learning to identifying when they tend to be more impulsive is a behavior management strategy teens can learn with practice. Recognizing what is happening around them and what they are thinking and feeling right before they act impulsively can allow them the chance to make better decisions about purchases and behavior.

Dr. Davenport reminds the parents he works with that impulsive teens have a hard time learning from past experiences, and he recommends that parents discuss what happens after they have acted impulsively to help them learn to recognize the benefits of stopping their impulsive acts. He suggests a “STOP, THINK, GO” approach for teens with impulsivity. This approach asks the teen to reflect and determine what the effects of the action might be before acting.

Todd tries to encourage this reflection in his daughter when it comes to purchases. Now, instead of letting her purchase items online immediately, he requires a waiting period before she can buy anything.

“I’m trying to get her to carefully consider purchases, and not to spend on impulse,” Todd says. “Hopefully, in a few years, she will have this process down pat and will exhibit more self-control on her own.”

Looking for ideas to slow down impulsive purchases?

Join the discussion: How have you help your teen learn to control impulse spending?

Find Gifts from the Heart This Season