In This Together–Mothers and Daughters Who Have ADHD 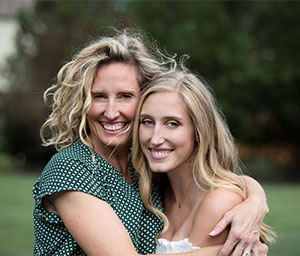 Mothers and daughters: It’s a special relationship, but often a challenging one. When ADHD is part of the picture, there’s even more to think about, whether it’s the daughter who has ADHD or both mother and daughter who share the diagnosis.

ADHD in girls often goes undiagnosed until later in life. Jeremy Didier says she missed seeing it in her own daughter, Sophie, now 18 years old. In addition to her two sons, Ms. Didier, founder and director of the Kansas City CHADD affiliate ADHDKC, has an ADHD diagnosis of her own.

Sophie’s symptoms were originally dismissed by her parents, pediatrician, and a psychiatrist as anxiety and depression. That’s common with girls, especially for those who are inattentive and withdrawn. In Sophie’s case, her aunt died, her mother had her fifth child, and the family was at the scene of a shooting—all within an 18-month period. The collection of intensely emotional events masked her ADHD symptoms.

“She started kind of acting out and doing some scary, shocking things, really impulsive things. I just didn’t know what it was,” says Ms. Didier of her only daughter. She had noticed some compulsive behaviors in Sophie when she was younger, but didn’t realize that perfectionism can be one indication of ADHD. And because Sophie was always engaged in sports, her days had structure and she was able to blow off steam. These factors also helped mask her ADHD symptoms until she started high school.

For most girls, symptoms of ADHD become more noticeable around puberty, which is a challenging time even when ADHD is not part of the picture.

“You have this girl who liked to do puzzles in her room and everything was okay,” says Dr. Littman. “And then suddenly everything changes. You don’t know where it’s coming from, and it can be really terrifying because there’s a lot of emotion until she learns to manage it.”

Ms. Didier says that shared experiences of ADHD can make it easier to recognize and support your daughter. Like her, Sophie has a combined presentation diagnosis, but Ms. Didier wonders whether she would have caught it had Sophie been completely inattentive. The two were co-presenters at the 2018 Annual International Conference on ADHD, along with two other mother-daughter pairs. At least one of those mothers, Kathleen Duryea, DO, admitted she didn’t initially recognize ADHD in one of her two daughters because it was different from her own presentation. If you think your daughter has ADHD, Dr. Duryea says, keep talking to professionals who will help figure out if that’s the case.

Dr. Littman says that in addition to missing the diagnosis, having different presentations can create daily challenges. For example, the inattentive person may find the hyperactive person intrusive and talkative, and vice versa.

“There’s a lot of frustration in terms of the wiring” in those families, according to Dr. Littman. For Ms. Didier, sharing her daughter’s ADHD has allowed her to be more supportive than she otherwise might be.

“I can see when she’s getting ready to make a bad choice, maybe do something a little impulsive, because my brain probably went there too,” says Ms. Didier. “At the same time, I understand when she comes home at the end of the day and she’s exhausted and she needs a nap, and her room is a mess, or her car is a mess, because she’s got everything in there so she can see it.”

Is that different from how Ms. Didier parents her sons who have ADHD? Yes and no. She recognizes that her relationship with her own mother, who may or may not have ADHD herself, plays into how she has raised Sophie.

“I want to make sure I do everything to honor who she is,” she explains. “I may even be more likely to step back, just for fear that if I step in I may mess it up.”

Dr. Littman says that’s part of the unique set of issues women with ADHD face around self-doubt, shame, and self-esteem.

“Mothers with ADHD are always questioning their own adequacy. As a result, they feel guilty all the time that they’re not doing a good enough job with their child,” she explains. That can show anywhere from feeling bad for bringing store-bought cupcakes and thinking everyone else’s goodies are homemade, to fearing that you’re not following through as a parent.

“It’s a struggle to be consistent—that’s one of the major issues,” says Dr. Littman. “For example, you say, ‘You’re not going to do this for the next half-hour,’ and then five minutes later, you say, ‘Okay, you can do this,’ basically just because you can’t keep track of everything.”

Reach out to family members, friends, or professionals when things feel like they are getting to be too much, Dr. Littman suggests.

“Parenting children is difficult, and if you think this is the hardest thing you’ve ever done, you are correct,” she adds. “You absolutely are entitled to help, and you deserve it, and you should get it.”

Home and family management can be complex and for women with ADHD, it can become overwhelming very quickly. Before that happens, tell other members of your family that it’s not just your job to pick up around the house or maintain the family’s calendar. And remember that even teens respond to reward systems, as Ms. Didier discovered. It’s important to take care of yourself.

“Mothers tend to fill up their radar screen with the things that are most important at the moment and feel urgent, so it’s usually about things like the cupcakes,” Dr. Littman says. “Then the mother’s own needs fall by the wayside, and that’s a problem too. Mothers don’t always take as good care of themselves as they might, which is not great in terms of modeling. It’s a very hard balance to pull off.”

If your daughter made it to school today and she had a decent day and seems happy, give her a hug and yourself a pat on the back. And, adds Dr. Littman, if your daughter isn’t talking to you today for no reason that you can figure out, it’s probably nothing personal, only a developmental stage. As long as she knows you’re there for her, you’ve done your best.

Join the discussion: What are some challenges you’ve experienced in having a daughter with ADHD, and how have you worked through them?

Address Holiday Stress by Choosing What’s Important To You

In This Together–Mothers and Daughters Who Have ADHD