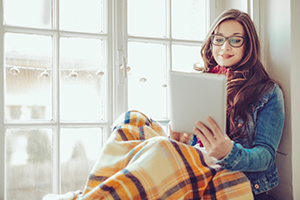 As 2017 draws to a close, we asked our readers for their top picks of ADHD Weekly articles. The most popular article for this year was Are Fidget Toys Just a Popular Fad? We took a look at this year’s most popular item—fidgets that are often marketed as helping to improve attention—and asked what the science has to say about. We talked with a classroom teacher, who told us how she uses fidget items in her classroom. We offered some thoughts to parents who were considering purchasing fidgets for their children.

What were your favorite articles for this year? And what topics would you like to see ADHD Weekly explore in 2018? We are interested in hearing from you! Tell us now.

Is that spinner in your child’s hand the latest fad or a tool to improve his attention? Parents and teachers are working to figure it out as we reach the end of the school year. Fidgeting may provide benefits for those affected by ADHD. Research seems to be backing up many people’s experience that fidgeting improves concentration and cognitive performance—thinking through and solving a problem—for those diagnosed with ADHD.

Sleep problems are a well-known symptom of ADHD. But recent research has prompted some people to speculate whether ADHD may be caused by a sleep disorder, or even that ADHD is a sleep disorder. While such speculation may be a bit rash, given the early-stage of this research that is inconclusive at this point, it’s a development we are watching with interest.

ADHD and Asperger’s Syndrome: Learn More About Both to Make Good Treatment Decisions

When your child is coping not only with ADHD but also with Autism Spectrum Disorder (ASD), your decisions regarding treatment and support can be more complicated. It’s estimated that about two-thirds of people affected by ADHD show some features of ASD; other studies indicated 30-50 percent of those diagnosed with ASD also have co-occurring ADHD. Since 2013, the Diagnostic and Statistical Manual of Mental Disorders-5 has recognized that these two disorders can, and often do, co-occur.

Many adults who were diagnosed with ADHD in childhood think their symptoms may have been conquered by maturity. What does research have to say about that?  Researchers continue to look into the idea that some adults appear to outgrow ADHD, or at least most of ADHD’s outward appearing symptoms. However, about 80 percent of young people will continue to have ADHD into adulthood. This means about 20 percent of adults who were diagnosed with ADHD as children will no longer meet the clinical definition of the disorder.

Can a Gene Test Help Pick the Right Meds?

What if, using a simple cheek swab, your doctor could pinpoint the right ADHD medication and the right dose for you on the first try?  The possibility is not too far away. The emerging field of pharmacogenomics  holds the possibility of using the information from your unique set of genes to select medications and doses tailored to work best for your body.

What were your favorite articles from 2017? Share with our community and let our writers know!

What were your favorite ADHD Weekly stories in 2017? We asked readers and they gave us their top five read articles. Which of these are among your top picks?

Home for the Holidays: Making a Happy Winter Break Experience