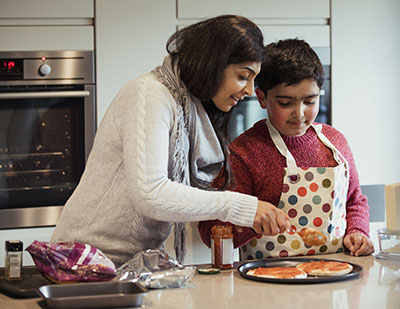 Why do many people who have ADHD consider themselves “visual learners”? For them, watching the lesson and maybe viewing it more than once, rather than reading or hearing an explanation, helps them to better absorb the information or repeat the new task.

Researchers at University of Texas Health Science Center at San Antonio think they may have figured out the why behind visual learning for some adults and children with ADHD. The brain chemical norepinephrine, known to help people to pay attention, is regulated in the visual cortex, the area of the the brain that provides the ability to see. Frequently, when someone has ADHD they have a reduced amount of norepinephrine in their brain, compared to someone who doesn’t have ADHD. This is thought to contribute to ADHD symptoms.

“A certain amount of this chemical needs to be released for optimum brain performance and ability to pay attention,” says Martin Paukert, MD, assistant professor of cellular and integrative physiology at UT Health San Antonio. Watching and physically engaging in the lesson can play a role in increasing the amount of this neurotransmitter available in the brain. “When a person makes a movement, such as turning the head to listen to a parent, and that is combined with visual stimulation, then more norepinephrine is released where visual information is processed.”

Additional research has demonstrated that the “visual-attention” network of the brain has a reduced informational efficiency when someone has ADHD. The act of watching something new and physically moving as part of actively watching (such as turning one’s head) prompts the body to release a greater amount of neurotransmitters that help one to maintain attention in that moment.

Previous research has already shown a connection between physical exercise and an increased ability to pay attention for a short amount of time, depending on the individual.

What this study tells us about attention

The results of the study reinforced the understanding of the role norepinephrine plays in our ability to pay attention. It also demonstrates another method the body uses to release the neurotransmitter.

“A certain amount of this chemical needs to be released for optimum brain performance and ability to pay attention,” Dr. Paukert says. “So, if there is either too much of it or too little of it, it may affect how we process information.”

Researchers also learned that norepinephrine isn’t acting alone, but is added by other cells in the body, astrocytes, that function as helper cells in the brain and central nervous system. Those cells respond to the release of norepinephrine and can help change the brain’s performance, in this case improving the ability to attend in the moment.

“Understanding norepinephrine release, its local regulation, and the astrocyte response may represent a mechanism by which one could enhance sensory-specific attention,” Dr. Paukert says. Learning more about that mechanism and how to prompt it could play a rule in future treatment options for ADHD.

Join the discussion: What activities or movements help you or your child pay better attention?

Could a Body Double Help You Increase Your Productivity?

Podcast: Will ADHD Symptoms Improve with Marijuana Use?