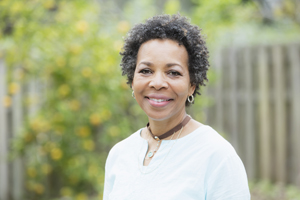 Can an adult be diagnosed with ADHD even though she didn’t have symptoms of the disorder in childhood or adolescence? There is growing evidence that ADHD is emerging for the first time in adulthood for some people.

With the updated diagnostic criteria of ADHD in adults in the Diagnostic and Statistical Manual of Mental Disorders, Fifth Edition, researchers are exploring whether there will be an increase in the number of adults diagnosed with ADHD. Before the update, it was considered crucial that symptoms of the disorder were present for a person before entering adolescence in order for a diagnosis of ADHD to be made. It no longer requires as many symptoms to be identified and professionals now look for symptoms to have been present in adolescence.

Now researchers are exploring the possibility that ADHD can develop later in life even without diagnosable symptoms before adolescence. Researchers are asking if this is one of the reasons more women are being diagnosed with ADHD in adulthood than before.

Often a woman will receive a diagnosis for a co-occurring condition, or even be misdiagnosed, before she receives a diagnosis for ADHD. Women searching for an explanation for their symptoms often must contend with others’ misperceptions or professionals’ lack of understanding about women’s experiences with ADHD. The old beliefs that adults didn’t have ADHD and that fewer girls than boys have ADHD contribute to the difficulties in finding proper care.

“Adult ADHD is more complex than a straightforward continuation of the childhood disorder,” says researcher Jessica C. Agnew-Blais, ScD, and her colleagues. “The absence of a childhood diagnosis of ADHD should not preclude adults with ADHD from receiving clinical attention.”

Dr. Agnew-Blais and other researchers are interested in three possible reasons for a late diagnosis of ADHD:

Researchers consider the second possibility, a misdiagnosis, the most likely, reflecting the experience of many women who were diagnosed with another disorder before they received an accurate ADHD diagnosis. Researchers in the United States are looking at the supports parents and schools create around a student and how, when those supports are removed in young adulthood, symptoms become apparent for the first time.

Late emergence of symptoms could have implications for genetic studies of ADHD. But for many people diagnosed with ADHD in adulthood, recent research confirms their experiences with ADHD and the need to find effective treatment for their individual situations.

Regardless of when ADHD is identified, it is important to work with your healthcare provider to establish a treatment plan that best meets your needs.

Join the discussion: Were you diagnosed as an adult?