ADHD and a Pathway Toward Criminality: Preventing Trouble Before It Begins 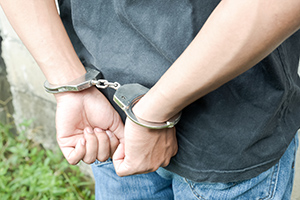 Recent meta-analyses have found that men with childhood ADHD have a 2-3 times greater risk of being arrested, convicted, or incarcerated in adulthood, compared to their counterparts without ADHD. Some researchers have asserted the rate of ADHD in prison populations may be as high as 50 percent.

The impulsivity that occurs in people who have ADHD impairs their executive functions’ ability to self-regulate or control behavior, emotions, and thinking or planning. ADHD has been seen as a disorder of self-regulation, which has been regarded as having “almost unparalleled importance to mental health,” as well as the most important factor explaining the developmental origins of antisocial behavior. A 2017 meta-analysis established empirical evidence of the link between impaired self-control and criminal behavior, as even more important than socioeconomic status in predicting crime. Self-control theory has gained elevated attention over criminal justice theory in explaining criminal behavior.

Children diagnosed with oppositional defiant disorder (ODD) display negative, defiant, hostile, disobedient behavior toward parents and authority figures more often and with greater intensity than is typically seen for children of a similar age and developmental level. Parents often note angry, vindictive, and resentful behaviors in which the child externalizes responsibility for his actions onto other people in the environment and problems with aggression and temper tantrums.

The estimated prevalence of ODD is 5-10 percent, and it co-occurs in 25-75 percent of people with ADHD. Although genetic links between ADHD and ODD have been clearly established, those genetics alone are not enough for the progression from ADHD to the more serious disorders of ODD and conflict disorder (CD), which has a prevalence of 2-9 percent and co-occurs in about one-third of people with ADHD.

Lack of self-control, impulsivity, self-medication, and similarities of neurological pathways seen in craving behaviors and ADHD, have been linked to the high co-occurrence of substance use disorder (SUD), or addiction to a drug or alcohol, and ADHD: 50 percent of teens with SUD have ADHD. The co-occurrence of CD with ADHD increases the likelihood of developing SUD.

How to stop progression on this pathway?

As those statistics show, people with ADHD who lack or have impaired self-regulation are at greater risk of developing ODD, CD, SUD, and ultimately taking part in delinquent or criminal behavior. But there are key moderators that can influence whether a person may progress down that pathway―“environmental adversities,” which include risks such as maltreatment, coercive parenting, deviant peer affiliation (falling in with a “bad crowd”), neighborhood criminality, etc. These factors carry a risk of severe externalizing behavior and affect neurodevelopment and function.

Although this model may not be the only pathway to criminality, it is an important and commonly occurring pathway that provides a strong explanation for the shared occurrence between ADHD and criminality. There are obviously other pathways, such as antisocial behavior beginning during the teenage years, which current research has now shown is not always time-limited, but in many instances can progress to adult criminality.

Early and consistent treatment interventions can short-circuit the slide down this developmental pathway to incarceration. Most importantly, psychosocial approaches such as behavioral therapy and training for parents and for children can break the cycle of negative reciprocal interactions that can foster or exacerbate behavioral disorders.

What are your thoughts on helping young people with ADHD avoid negative contact with law enforcement?

ADHD and a Pathway Toward Criminality: Preventing Trouble Before It Begins

Were You Aware … of ADHD Strengths and Rights?