ADHD, ASD, and OCD May Have More in Common Than You Think 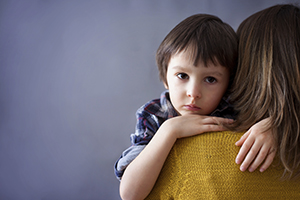 What’s the relationship between ADHD and autism spectrum and obsessive-compulsive disorders, which commonly occur with ADHD? Researchers in Toronto, Canada, are trying to figure this out by looking at common brain differences among the disorders.

In a recently published study in the American Journal of Psychiatry, a team of researchers with the Centre for Addiction and Mental Health Campbell Family Mental Health Research Institute studied brain images of more than 200 children diagnosed with ADHD, autism, OCD, or having no diagnosis at all. They were especially interested in the white matter of the brain, the portion that is made up of bundles of nerve fibers connecting cell bodies across the brain that enables communication between different brain regions.

“We found impairments in white matter in the main tract connecting the right and left hemispheres (sides) of the brain in children with either autism, ADHD, or OCD, when compared to healthy children in the control group,” says Dr. Stephanie Ameis, first author on the study and clinician-scientist at the Campbell Family Mental Health Research Institute. She added this section of the brain is the first to develop and the largest section.

Dr. Evdokia Anagnostou of Holland Bloorview Rehabilitation Hospital says this new research demonstrates a shared biology among brain-based conditions, while pointing to the potential for treatments targeting behaviors for all three co-occurring conditions.

You can learn more about commonly co-occurring conditions in children affected by ADHD and Coexisting Conditions.

Can Adoption Have an Effect on ADHD?

Campus Safety Tips for Your Student with ADHD

Visualize a Good Start to the School Year

ADHD, ASD, and OCD May Have More in Common Than You Think