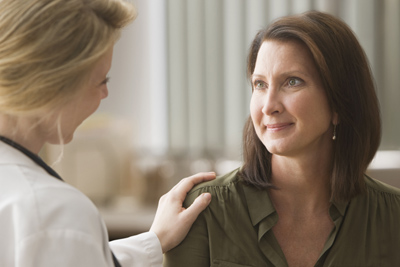 Women can have ADHD. But continuing misinformation and myths about the disorder often prevent women and girls from receiving timely diagnoses that would help improve their lives.

Boys are still more likely than girls to be diagnosed with ADHD. This is due at least in part to the fact that one of its more visible symptoms, hyperactivity, is more common among boys. With fewer girls receiving a diagnosis because they tend to have the predominantly inattentive presentation, many professionals fail to consider ADHD when those girls reach adulthood.

Who can be diagnosed with ADHD?

Boys, girls, men, women—ADHD affects both genders and all ages—although an evaluation will need to consider different symptoms as a person goes through life. But it is often missed in people who are older than 18.

“If you’re going to an adult practitioner, they may not have had specialized training in what are considered the childhood disorders,” says J. Russell Ramsay, PhD, co-director of the Adult ADHD Treatment and Research Program and associate professor of clinical psychology in psychiatry at the Perelman School of Medicine at the University of Pennsylvania. Dr. Ramsay is a former member of CHADD’s professional advisory board

Thus, ADHD might not even be on doctors’ radars when they are conducting an evaluation, because it was initially considered a child’s diagnosis, says Dr. Ramsay. It wasn’t even included in the first edition of the Diagnostic and Statistical Manual of Mental Disorders, the primary reference for mental health professionals published by the American Psychiatric Association, which is now in its fifth edition. When it did appear, in the second edition published in 1968, ADHD was only briefly mentioned, and then, says Dr. Ramsay, “It basically said, ‘It pretty much goes away by late adolescence.’” On the flip side, depression and anxiety were initially considered “adult” diagnoses, until providers started to understand that children could grapple with them, too. In fact, they are commonly tied in with ADHD.

Many women go to a healthcare professional and come away with a diagnosis of anxiety or depression, or both, but no mention of ADHD. More often than either men and boys of any age or girls, adult women are more likely to be misdiagnosed, or to receive an incomplete diagnosis.

“ADHD is tricky. The mood or anxiety elements may be what finally drives a woman to go get help,” says Dr. Ramsay, adding that depression and anxiety are the “common cold” of mental health issues and universally familiar to psychologists, psychiatrists, social workers, and others. Once a diagnosis of depression or anxiety is made, it is often the focus of treatment. Mental health providers are less likely to think of the depression or anxiety as having been brought on—at least in part—by the challenges of coping with undiagnosed ADHD.

But even having a depression or anxiety diagnosis can be helpful, because the treatments may also be effective in terms of the undiagnosed ADHD, he says.

“Part of the treatment for depression is behavioral activation, which can also help with getting started on tasks and dealing with procrastination,” common symptoms of ADHD, Dr. Ramsay says. And anxiety is often addressed with behavioral treatments, which are progressive steps that could likewise prove effective. The double effectiveness of treatments is true not only of anxiety and depression. For example, Dr. Ramsay notes that a German doctor and researcher observed that ADHD shared some features with borderline personality disorder, including impulsivity, emotional instability, and difficulty with self-regulation. As a result, some of the treatments for borderline personality may prove helpful with symptoms of ADHD as well.

People who are not diagnosed until they are well past childhood have had ADHD all along—it was just not recognized by the adults in their lives when they were young. But the symptoms may well look different by the time the diagnosis is made, at least when comparing a 40-year-old adult and a kindergartener. Outward hyperactivity, for one, tends to decrease as a person ages—or they learn to better manage that symptom—whereas inattention and impulsivity do not.

“This means that many undiagnosed, inattentive-type girls live their lives in a state of stress,” says Kathleen G. Nadeau, PhD. “And for those girls with ADHD who are very bright, their grades are good and no one knows the struggles they experience. No one knows the anxiety that overcomes them as they procrastinate over long-term assignments and then, at the last minute, turn in an assignment that puts them near the top of the class.”

Those early experiences carryover into adulthood, when many women will seek an evaluation. Frequently, they will receive a diagnosis for a co-occurring condition before the underlying ADHD is identified.

“They arrive at adulthood often struggling with anxiety and/or depression,” Dr. Nadeau says. “And when they seek counseling, these are the diagnoses they receive, leaving their ADHD still in hiding, but causing countless challenges as they go about their daily lives.”

In his own practice, after conducting an evaluation Dr. Ramsay spends some time considering what else might be driving the executive function difficulties—whether it’s the result of trauma, for instance, or other issues.

Key to fewer overlooked diagnoses in future will be for clinicians to keep in mind that there is no one kind of person who has ADHD. If two people diagnosed with ADHD compare their lives, one might say she struggles with impulsivity, while the other might have no trouble staying organized but cannot remember details of a book she just finished because she can’t focus while reading. There is a lot of variety under the umbrella of ADHD.

Join the discussion: Do you know someone whose ADHD diagnosis was missed at first?