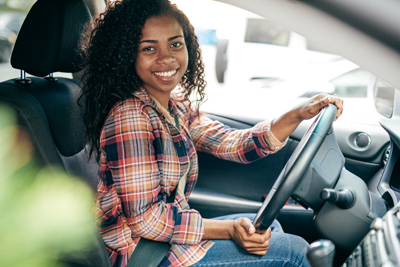 When is the right time for your teen to start driving? You might feel the need to pause before turning over the car keys when you consider the higher risks of driving accidents, costly motor vehicle insurance premiums, and your teen’s maturity.

Common ADHD symptoms, including inattention, impulsivity, and distractibility, can make it hard for teens to follow the rules of the road. The added distractions of smartphones or having friends in the car can also increase a teen’s likelihood of receiving a traffic ticket or being involved in an accident.

Deciding when to let your teen drive may be even more difficult depending on the state where you live. As an example, in Iowa 14-year-olds can acquire driving permits and in some instances are allowed to drive to and from school by themselves. Driving at such an early age can make any parent nervous, especially when the young teen also has ADHD. Some parents decide not to let their teens drive until age 17 or 18, hoping the added time allows more brain maturation and can reduce the risk of driving accidents.

Experts often disagree whether it is beneficial for teens to wait to start driving. Some believe that by starting to drive later, teens with ADHD will have better control over their impulses and make better decisions because of increased brain development. Other experts say that driving at a younger age gives teens more experience on the road and a longer time to practice driving with an adult.

“The key point for parents,” this study found, “is that teens with ADHD need additional practice, longer spans of driving limits/restrictions, and increased parental monitoring and support.”

Some teens don’t feel ready to drive and choose on their own to wait before getting a driver’s license. If your teen is reluctant or even fearful of driving, it may be hard to figure out when to encourage them to drive. A survey by The Zebra, an insurance comparison site, found that 25 percent of the teens they surveyed said they didn’t have a license because they were afraid to drive.

“I have a huge fear of driving and choose not to drive at all since I live in a large city,” said a teen on a popular discussion forum, “yet it is something I want to get over. It’s certainly a phobia I need to overcome as I would like to move out of the city sooner than later and know I will have to drive.”

You can encourage your teen when they tell you they’re ready to drive with proper planning, education, and practice. You can help calm your worries and set your teen’s mind at ease about driving by taking it at comfortable pace.

How to help your teen prepare to drive

“Taking their ADHD medication while driving may be among the most effective preventative steps to take to reduce the substantial risks,” says Russell Barkley, PhD, in a conversation about teen drivers on his Facebook page. Dr. Barkley, a retired psychiatrist and clinical scientist, has researched the risks for teen and adult drivers with ADHD. He writes and speaks with the public about what he’s learned because he feels very strongly that drivers with ADHD need proper treatment.

“My medication helps with my driving quite a bit,” writes one teen driver on a popular social media site. “I’m not so anxious and I focus better, I’m not constantly freaking out about the possibilities of deer and squirrels and cars and trucks and overly sensitive to danger, which is actually not a GOOD thing when driving.”

Sticking with a treatment plan, whether that includes medication and/or behavioral therapy, is ideal for teen drivers with ADHD, says Dr. Barkley. In one study, Dr. Barkley and Daniel Cox, PhD, reviewed the risks associated with teen drivers who have ADHD and found that medication is the only known treatment shown to help ADHD driving behavior.

Making sure that your teen completes a driver education program and knows the rules of the road is important. Programs like the ADHD Safe Driving Program, developed by Dr. Barkley and Dr. Cox, is a graduated license program that runs for 18 months. New drivers complete three levels, each lasting six months. Parents and their teens track medication compliance (if prescribed) and complete a log for each driving trip. During the first six months, teens drive only during the day; in the next six months, they are allowed to drive both day and night. During the last six months they can drive at any time with agreed-upon rules, like not using a smartphone while driving or limiting the number of friends in the car.

A graduated license program or similar driver’s education program can also help your teen build confidence in driving by providing them with adequate practice.

“I was fearful at first of driving even though I took driver’s ed, so I waited a while to get my license,” says one 17-year-old new driver. “I was afraid my ADHD would get in the way of my driving, but I got a job and needed to drive, so that helped me get over my fears.”

Talking about the risks, driver’s education that takes ADHD into consideration, and planning will ensure that both your teen driver and you are ready for the open road.

Is your teen ready to hit the road? Check out these topics first:

Join the discussion: How did you family approach driving for your teen?