Is There an Increase in ADHD? 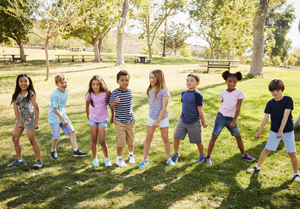 With a diagnosis rate of nearly 10 percent of children in some areas of the United States, are we really seeing an increase in ADHD in the population?

Probably not, say researchers, but it is still possible. Environmental changes in our food and chemical exposures could be affecting prenatal development, and an increasing use of electronics and decreasing hours of sleep could be creating behaviors that mimic ADHD symptoms.

A study released last year examined the twenty-year trends in ADHD diagnosis. Researchers saw what they claim is a “significant” increase in diagnoses between 1997 and 2016.

“This is a dramatic change,” says Wei Bao, MD, PhD, one of the study authors. “ADHD was already a common condition in children in the past, and it is becoming even more common. Now 1 in 10 children are affected.”

One of the possible reasons there are more diagnoses than before, Bao says, is an increased recognition by doctors about the condition, along with a rising awareness about ADHD among parents and schools.

When we discuss ADHD and other health conditions, the terms “prevalence rate” and “diagnosis rate” are often used in reference to the number of people affected by the condition.

In 2013, the Diagnostic and Statistical Manual of Mental Disorders (DSM-5) placed the prevalence rate at 5 percent. More recent studies, though have placed the estimated prevalence rate at 9.4 percent. This is based on the Redesigned National Survey of Children’s Health, which was a telephone survey of parents who have children between 2-17 years old. According to the 2018 study, that prevalence rate is now estimated at 10.2 percent.

Does this mean, with an increase in diagnosis, that the prevalence rate of ADHD—how many people within a given population could be expected to have ADHD—has actually increased? Researchers are also asking this question.

“Diagnosed prevalence has definitely gone up,” Dr. Arnold says, “but there is some uncertainty whether total prevalence (diagnosed and undiagnosed) has gone up.”

Considering reasons for an increase

Dr. Bao says he and his colleagues were surprised by the increase in numbers. They ruled out the possibility of overdiagnosis, though.

Dr. Bao and colleagues suspect it could be environmental factors—including prenatal exposure to tobacco products, some medications, lead, pesticides, or PCBs—play a role in the development of ADHD when genetics are not a factor. These contaminants are known to affect brain development in pre-born and young children.

Greater public and professional awareness and recognition of ADHD likely also play a role in the increase in diagnosis, says Dr. Arnold. There is less stigma associated with ADHD than twenty years ago, so professionals and families are more comfortable seeking a diagnosis and getting treatment for children.

“But there might also be more actual ADHD resulting from poor nutrition, sleep deprivation, blue light-emitting devices, environmental chemicals, and maternal smoking or drinking during pregnancy,” he says.

A need to better understand environmental risks for ADHD

ADHD is primarily a genetic disorder—you inherit it from your parents. For those who do not inherit it, understanding the risks present in the environment could help us to better prevent ADHD by reducing or eliminating some of those risks. An example is the advice that women who are pregnant or hoping to be pregnant should not smoke or drink alcohol. On a larger scale, it could be included in the conversation on the roles pesticides play in the food production system.

“The contributions of these nongenetic and genetic risk factors to the etiologic source of ADHD, both separately and jointly, warrant further investigation,” Dr. Bao and his colleagues say.

Learn more about the statistics and possible causes of ADHD:

Join the discussion: What do you think could be prompting an increase in ADHD diagnoses?

Is There an Increase in ADHD?

Podcast: The ABCs of Medications