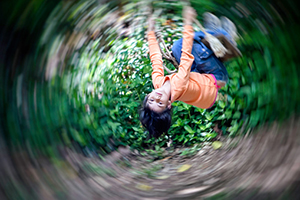 But what is sensory processing disorder, or SPD, and can sensory integration therapy reduce ADHD symptoms? And is it really the cause of a child’s problems, rather than the symptoms of ADHD or another co-occurring condition?

What is most often agreed upon by proponents of SPD, is that children who are unusually over or under sensitive to touch, sound or light — scratchy clothes or being touched by another person, leaf blowers or alarm clocks, and bright lights or flashing bulbs — may be affected by the condition. The idea is that those affected by SPD are having difficulty processing the outside stimuli and are reacting in negative ways to it. These ways can interfere with learning, attention, behavior and other daily tasks — similar to the symptoms displayed by children affected by ADHD. SPD’s specific cause and its treatment are debated among the various types of professionals who treat ADHD in children.

“With the help of occupational therapy, a child can learn to master day-to-day skills and be engaged at school and at home,” according to the American Occupational Therapy Association.  “A child must be eligible for special education under IDEA before being considered for occupational therapy in the schools.”

Max Wiznitzer, MD, is a pediatric neurologist and co-chair of CHADD’s Professional Advisory Board. He says that sensory processing disorder, in his professional opinion, is not a diagnosis but instead a description of behaviors. While some of the techniques used in sensory integration therapy can help co-occurring conditions, such as anxiety, he says sensory integration therapy does not help with ADHD symptoms.

“While people have made these claims about sensory processing disorder, the science there is limited,” Dr. Wiznitzer says. “Here are my concerns:  The clinical features of this so-called disorder are non-specific and include parts of different disorders.  The explanation of the biological base for the disorder is very limited. The research conclusions are not always supported by the data.  And improvements that occur in the population frequently occur without medical intervention.”

The data on the effectiveness of therapy for sensory processing disorder is also limited, he says. The American Academy of Pediatrics recommends pediatricians educate interested parents on how to determine if a suggested therapy for SPD is effective for their child.

“The family, pediatrician, and other clinicians should work together to prioritize treatment on the basis of the effects the sensory problems have on a child’s ability to perform daily functions of childhood,” the academy writes.

“There’s very limited data on the impact of the therapy that is supposed to manage (sensory processing disorder),” Dr. Wiznitzer says. “Therefore you have to monitor the treatments you decide on, to determine if they are working (in the time estimated to be needed for improvement).”

Dr. Wiznitzer says he has seen the suggestion of sensory processing disorder and its treatment as an approach that comes primarily from the occupational therapy field.  “Occupational therapists are looking at it from a different direction than the medical community. Some of the interventions for SPD may be helpful. But if the child has sensory issues with ADHD, it’s ADHD and not SPD.”

What should you do when it’s suggested your child diagnosed with ADHD might benefit from sensory integration therapy? Dr. Wiznitzer says to keep an open mind and start asking questions about the reasons for a suggestion of SPD and the treatments being recommended.

“What could be the other reasons for the behaviors you’re seeing?” he suggests asking. “What are your defined outcome goals for treatment for your child? Either your child responds to treatment or he doesn’t.”

The American Academy of Pediatrics recommends your child’s pediatrician work with you in determining if a proposed SPD therapy is effective. The academy writes that the doctor should also remind parents “that occupational therapy is a limited resource, particularly the number of sessions available through schools and through insurance coverage.” This means that you as the parent, your child’s pediatrician, and other professionals working with your child should evaluate your child’s needs and address those that are most pressing first. Most often those needs are related to ADHD symptoms that can respond to multimodal treatment, which may include behavior management and medication management.

The academy states that pediatricians with patients who are receiving sensory integration therapy, in addition to ADHD treatment, should:

Have you been told your child is affected by sensory processing disorder? What have your experiences been with sensory integration therapy? Share them now.

Still looking for the right gift for your child?