White Noise for Staying On Task 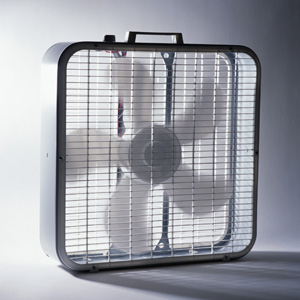 Are you one of the many people who unexpectedly found themselves working from home with its many distractions? For adults with ADHD, those distractions can make staying on task a greater challenge than usual.

Often someone who has ADHD can think better and stay on task longer if there is some white noise in her surroundings—maybe softly playing music, a fan in the corner, or the hum from an overhead air vent. So far, researchers have found benefits for those with inattention but not impulsivity, but the benefits of white noise don’t continue when it is no longer present. In the real world, of course, people cannot control the sounds that surround them throughout the day. Although researchers are exploring whether white noise may provide complementary support for some people with inattentive ADHD, the evidence so far is inconclusive.

White noise for a busy mind?

White noise refers to the background sounds often produced by devices around us, such as heating and cooling systems, refrigerators, fans, or computers. It can also be intentionally produced using sound machines. It is a steady, low, consistent sound that tends to fade into the background for most people. Similar to white noise is pink noise, which has reduced high frequencies. Typically coming from rainfall, breezes, or similar nature sounds, it seems to have a soothing effect for some people.

Researchers have recently taken existing information on white noise and the concept of “stochastic resonance,” which refers to random noise or sound causing an increase in signal transmission, and applying the concept to signaling among neurons in the brain. ADHD symptoms are related to a lower rate of signaling between neurons, when compared to brains unaffected by ADHD. Could certain sounds help to increase those signals and improve symptoms?

Most research on white noise has focused on children still in elementary or middle school; however, the results seem to be applicable also to teen and adults. For adults working from home at this time, having white noise available could be beneficial when it comes to staying on task.

To better understand the idea of white noise being helpful for staying on task, researchers at Université Libre de Bruxelles in Brussels, Belgium, designed a small study with 30 children between the ages of 7 and12. Thirteen of these children had an ADHD diagnosis and 17did not. The children were given a series of memory and verbal tasks. Some of these tasks were completed while white noise was played, and some were done without white noise or other sounds.

The result: The participants who had an ADHD diagnosis did better on their tasks when the white noise was played, as opposed to when there was no noise. Those participants who did not have ADHD did not do as well on their tasks when the noise was played, as opposed to when it was quiet. The researchers concluded that the white noise benefited the children who had ADHD and helped them to improve their performance on the memory and verbal tasks. Additionally, the researchers saw improvement with the white noise for both children who took medication for their ADHD and those not taking medication as part of their treatment for ADHD.

The researchers also found the additional white noise improved the symptoms associated with inattention, but had no effect or benefit on the symptoms related to hyperactivity.

“Our study shows that different brains need different levels of external noise to work properly,” says study author Göran B.W. Söderlund, PhD. He adds the findings could eventually have practical applications [https://www.medpagetoday.com/pediatrics/adhd-add/22481] for students in school, to help them maintain attention and stay on task.

Other researchers are intrigued by these results and have undertaken similar studies, looking at the effects of both white noise and pink noise.

The Effects of Different Types of Environmental Noise on Academic Performance and Perceived Task Difficulty in Adolescents with ADHD. In this study, researchers worked with 52 teenagers diagnosed with ADHD on reading accuracy and writing performance. They completed these tasks listening to either white noise or babbling voices. They found the teens who listened to white noise while reading and writing took less time to read the assignment and wrote more words in the essay portion, but the white noise did not improve the academic accuracy of the assignments. The teens who listened to the babble sounds while doing these tasks reported that the sound made it harder for them to do the assignments. The researchers concluded the white noise improved reading time and writing fluency but didn’t improve overall academic performance.

Using white noise produced by a sound generator offers the possibility of being helpful for some people in certain situations (in real life, we can’t always control the sounds that surround us).

There are several kinds of white noise generators available, along with downloadable sound and music files. However, using a fan or other machine that produces steady, low sounds can be just as helpful as purchasing a device or a music or sound file. Having a relaxing sound in your environment could be helpful for staying on-task or maintaining attention. However, if after trying white noise while working on a task you find it to be distracting or stress-creating, don’t continue with it. As with any behavioral management tool, you want to use what works best for you and discontinue anything that is not helpful.

Are You Suddenly Working From Home?

White Noise for Staying On Task

The ADHD Blog: Resilience and Routines for Families During the Pandemic

Webinar: Help Your Children Get Along with Each Other