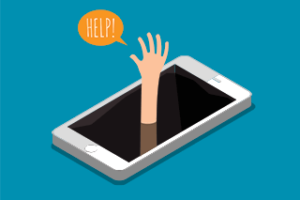 The answer is a resounding yes. The American Society of Addiction Medicine (ASAM) defines addiction as a singular medical condition that includes both behaviors and substances. The American Psychiatric Association (APA) now officially recognizes gambling disorder as a behavioral addiction.

Internet addiction can manifest in a variety of ways, including the overuse of social media, gaming, shopping, gambling, pornography, and even what psychologists are simply calling smartphone addiction.

Indeed, scientific studies are emerging on the topic that chronic use of internet pornography can create the same changes in brain neural pathways that led ASAM to include some compulsive behaviors as having the potential to become addictions. And when people try to stop, they can experience withdrawal impacts such as increased moodiness (depression, anxiety, anger, irritability), trouble sleeping, and decreased motivation and concentration.

Internet gaming disorder is the most widely known manifestation of internet addiction. In the worst cases, people have died from heart attacks after playing for days on end. In South Korea, an infant died of malnutrition because her parents couldn’t stop gaming long enough to feed her.

Examples such as this, coupled with scores of scientific studies, have led the World Health Organization to officially recognize internet gaming addiction as a bona fide addiction, and the APA is on the (slow) path to doing so.

How do you tell if you have an internet addiction?

Yes, too much online time is a problem for many people. But if someone genuinely wants and tries to stop, yet is unable to do so despite the promises and consequences, that is a next level problem; that may be an internet-related addiction.

What happens when some of these internet-related addictive areas combine? Social media use can turn into flirting and sexting. People may be perfectly happy with their relationship; however, the thrill of secretly sexting with others can become overwhelming for the addiction-prone. People may begin taking risks such as sexting with a coworker, communicating outside their relationship, or being catfished into something age-inappropriate. People may find themselves looking at potential consequences such as losing their relationship or breaking up someone else’s, or facing sexual harassment or other legal troubles. These can be considered clear signs that their internet porn use is out of control.

What does this mean for people with ADHD?

People with ADHD are already time-blind, which makes it even easier to get lost in the endless flow of information (or junk) found while scrolling through news, stocks, YouTube, sports, etc. Additionally, people with ADHD are frequently already less aware of consequences. Amazon one-click is not the friend of the ADHD impulsive type, especially one who struggles with internet addiction.

Myth: Too much internet use causes ADHD.
Truth: Impossible; ADHD is “prewired” in the brain. The symptoms and side effects of internet addiction can look like ADHD symptoms. However, ADHD is a lifespan disorder, and the symptoms must have been present before the problematic internet use began.

So, what do we do about it? 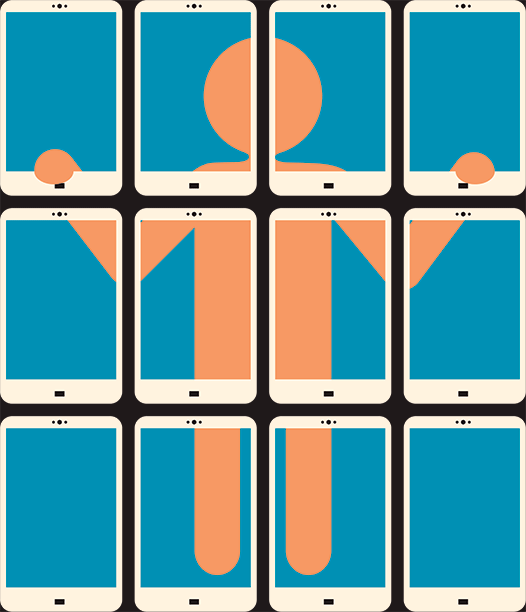 We don’t want to pathologize everything. Research indicates that 94 percent of Generation Z (those born between 1997 and 2012) are online daily, and 25 percent are online “almost constantly.” Extensive  screen time is today’s norm.

Unfortunately, many people have unhealthy relationships with the internet, using it to avoid their problems, rather than learning to cope with real life. But we don’t want to call something an addiction until the behavior starts to bring about real-life consequences. When someone fails out of school, loses their job, or gets divorced because they couldn’t get away from their online behaviors, those are real consequences indicating addiction-related brain changes have occurred.

Todd Love, PsyD, JD, LPC, BCC, runs a men’s counseling and coaching practice in Athens, Georgia, and online. Dr. Love is an expert in the area of behavioral addictions, having written his dissertation on the topic of internet addiction and the DSM-5, as well as other articles and book chapters on the subject. He is a passionate advocate for educating others about the elevated risks people with ADHD have for the problem of addiction.