Each year, CHADD presents a series of awards honoring outstanding service and dedication to those impacted by ADHD. For the year 2020, CHADD is pleased to honor four award recipients.

“We celebrate the exceptional contributions all of our 2020 award recipients have made to the ADHD community,” said Robert Cattoi, Chief Executive Officer, CHADD. “Our honorees are shining examples of the many individuals who are committed to making a difference for children and adults with ADHD, whether through direct support, education, advocacy, or research. We extend our sincerest congratulations to all who have been honored.”

You can read the full text of the press release here. 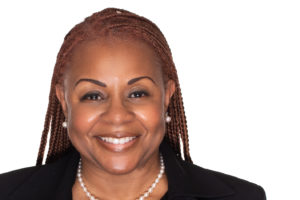 The 2020 Affiliate of the Year Award has been presented to CHADD Philadelphia in recognition of outstanding service to the community. CHADD affiliates complement the programs and services provided by the organization at the national level by offering support groups and other valuable resources at the local level. This active affiliate was selected for top honors from among more than 100 affiliates located across the United States.

CHADD Philadelphia was founded in 2018 and is led by Rhashidah Perry-Jones, MPA, who also serves on the organization’s national board of directors. This affiliate hosts ongoing educational meetings and support group sessions for its members, and provides a multitude of relevant information through its Facebook page. The group represents and is committed to honoring cultural diversity and sensitivity, and always ensures that its meeting presenters are racially and ethnically diverse. Under the leadership of Perry-Jones, CHADD Philadelphia has forged strong relationships with Children’s Hospital of Philadelphia and the School District of Philadelphia.

Named Volunteer of the Year is Marie Elena Gandini of East Northport, New York. This award, recognizing exemplary dedication and engagement, is presented annually to just one of the more than 600 volunteers involved with CHADD affiliates across the United States. Gandini serves as coordinator for CHADD Suffolk County, a position she has held since 2015. She began attending support group sessions and educational lectures as an affiliate member when her son was first diagnosed with ADHD, and became an active volunteer in 2012.

In her role, Gandini leads a core group of volunteers in providing support groups for parents, adolescents, teens, young adults, and adults with ADHD; informational meetings for nursing students; outreach to parents and teachers to promote national CHADD programs developed for these audiences; a series of educational lectures presented by local professionals; and a current listing of local professionals. The group has its own Facebook page and website. 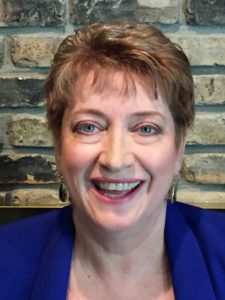 The 2020 Hall of Fame Award goes to Belynda Langston Gauthier of Baton Rouge, Louisiana, who has held numerous positions within the CHADD network for more than three decades. Hall of Fame honorees are recognized for their leadership, innovation, and dedication to serving the ADHD community; their exceptional contributions to the field; and their steadfast commitment to CHADD.

Gauthier is the immediate past president of CHADD’s board of directors, serving from 2018 through 2020. She was also a member of the board from 1999 to 2004, and has served as coordinator for the Louisiana Capital Area Chapter of CHADD since 1990. Among her responsibilities in this role, Gauthier frequently provides training for parents, mental health and education professionals, and others. She has served on numerous local, state, and national committees involved in special needs and mental health advocacy; wrote a parent/teacher handbook on ADHD for schools and families in Louisiana; and often addresses local school boards and community organizations. Gauthier is a longtime board member for Families Helping Families, a founding member of the Greater Baton Rouge Learning Coalition, and served on the Louisiana Department of Health and Hospitals Task Force on ADHD. 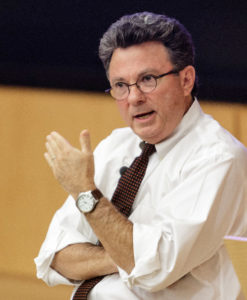 Presented with CHADD’s Lifetime Achievement Award is Ross W. Greene, PhD, originator of the innovative, research-based model of intervention known as Collaborative & Proactive Solutions (CPS). Dr. Greene has authored several highly influential books―The Explosive Child, Lost at School, Lost & Found, and Raising Human Beings―and served as executive producer of the documentary film The Kids We Lose. He served on the faculty at Harvard Medical School for more than twenty years and is now the founding director of Lives in the Balance, a nonprofit organization providing a vast array of free, web-based resources on the CPS model. Dr. Greene is currently an adjunct associate professor in the department of psychiatry at Virginia Tech and an adjunct professor at the University of Technology Sydney in Australia. He lectures and consults widely around the world, and lives in Portland, Maine.

The Lifetime Achievement Award is CHADD’s highest honor, created to recognize sustained, fundamental, and outstanding contributions to the field of ADHD. Selected by CHADD’s board of directors, this seldom-presented award celebrates a lived spirit in terms of mutual respect, trust, support, inspiration, and the encouragement of other professionals. It marks a distinguished career and a lifetime of service.

Read the full text of the press release.