Enough Is Enough: The Adult ADHD Guide to Saying No 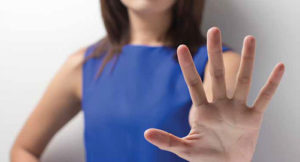 DO YOU AGREE TO DO THINGS and feel resentful later? Can salespeople persuade you to go over budget? Do you “go along to get along” all too often? This happens to everyone occasionally.

For adults with ADHD, saying no can be a challenge. Executive function issues and nonlinear thinking make it hard to weigh pros and cons before making an agreement. Impulsivity and difficulty with emotional regulation can cause feelings of being trapped. This was the recent topic for the adult group meeting of our Philadelphia-area CHADD chapter. We shared strategies and created wording that could be used in these situations. Together we worked to regain our freedom!

We began our meeting by sharing the situations in which we were most likely to say “yes” when we actually wanted to decline. For some this happened with specific people (“I swear my sister can talk me into anything”), or in specific situations (“I can set boundaries at work, but not at home”).

Boundary struggles may fall into the following categories:

● Deal breaker vs. preference. Some requests and decisions affect our core values; these are deal breakers. Others temporarily affect our happiness or may be an inconvenience and are preferences.

Examples of deal breakers include major decisions around marriage and relationships, parenting, health, and finances, as well as interactions with those who have broken our trust. Preferences include how to spend leisure time, choosing home décor, and making minor purchases.

It can be helpful to ask yourself “is this a deal breaker or a preference” if your internal voice is screaming “no!” to a request.

It is ironic that going against preferences can create the most resentment—perhaps because we give clear responses to deal-breaker requests and we waffle in the preference category. Preference-wise, if you are invited to dinner with a least-favorite relative, you can determine if there are benefits for this few hours of inconvenience. Even if you say “yes” you can adjust the situation to make it more agreeable. You could invite others as a buffer, choose a seat away from the offending relative, or leave early.

● Peers vs. authority figures. Saying “no” to a sibling, friend, or coworker calls for a different approach than responding to an employer, government entity, court official, or in any situation where there is an imbalance of power. Both are possible, but responding to authority figures requires extra care. Getting professional or outside advice is crucial when saying “no” in situations where the other holds more power than we do.

Even when you are saying “no” to peers, it is helpful to seek the opinions of someone you trust. They can help you determine whether you are reading the situation correctly, and they may see consequences that didn’t occur to you. They may even suggest the best way to word the rejection.

Strategies for saying “no”

● If someone wants you to do something illegal or unethical, say “no” quickly and firmly without any room for discussion. You may want to point out that what they are asking is illegal or shady, or you can just decline and leave it at that.

● “No” is a complete sentence. Do you truly have to justify yourself? You are an adult and in charge of your own life. In some instances, giving a reason hands the other person an opening to wear you down. A simple “I’m sorry but I’m unable to attend. Hope you have a great time” usually doesn’t invite questions. Giving a reason may feel friendlier, but could actually work against you.

● Proximity is not your friend when declining requests. If you’ve said “no” twice, get away from the asker. Most people cave after the third request. Some experts feel this is important advice for teenagers.

● To address feelings of being forced into saying yes, realize that unless you are literally being held against your will or physically confined to a space where you cannot escape, you are not actually trapped. Here is a scenario that helped me. I was at the customer service desk at my bank for what I thought was a routine account transaction. Thirty minutes and thirty documents later, the banker was still showing me options and handing me papers for my signature. I wanted to scream. What helped me was to know that I could walk out at any time; I’m in charge of my schedule and my banking choices. My thoughts even got a little silly, as I envisioned myself bolting from the bank cubicle singing Twisted Sister’s We’re Not Gonna Take It. The point is that once I envisioned a way to escape. . . I felt less trapped.

● You can respond to requests, even a few of your deal breakers, with negotiation. That way, even if you don’t totally get your own way, you have crafted a plan that you can live with. Negotiation includes sharing your misgivings so the requester understands your risks: “The last time I lent someone my car, they returned it with no fuel.” Or you can negotiate a stopping point: “I can pick you up for work each morning, but if you are late more than twice, the deal is off .”

● One solution that our group gave mixed reviews for those with ADHD is to request more time to respond. For absolute deal breakers, it is best to state your decision and get it off your to-do list. While delaying a response means you can give thought and care to your answer, be sure to give yourself a deadline so the decision doesn’t drag and weaken your stance. For example, “I will let you know either way by Wednesday.”

● If you struggle with setting boundaries and saying “no,” then find ways to practice. Tell a store clerk that you don’t want their loyalty card or to share your email address. Tell a restaurant hostess that you don’t want the table she’s chosen. Decline a few invitations where your attendance isn’t crucial. This will help you build up your “saying no” muscles.

● Remember, we teach people how to treat us. Cassie, one of our meeting participants, stated that a local volunteer group repeatedly asked her to fill in when others didn’t show up. It was apparent that Cassie was the first one they called because she had accommodated them so many times. She knew she had to set some limits and that doing so would help the nonprofit evaluate whether their mission could be adequately staffed by volunteers.

Forgive yourself while you are learning your new skill. There will be mistakes! You may end up watching the movie you didn’t care to see, or driving when you would rather be the passenger. It’s okay. New skills take a while to develop.

Lastly, WikiHow.com has step-by-step instructions on saying “no” that cover a variety of scenarios. So help really is as close as your phone.

Marie S. Paxson has spent years as an advocate for people living with ADHD—as a parent, past president of CHADD, a local chapter leader, and as former chair and a current member of Attention‘s editorial advisory board. She has been instrumental in CHADD’s work to influence federal policy, even testifying at a US Department of Education hearing on special education law. Fluent in the findings of science and research, she also understands the practical day-to-day issues facing those affected by ADHD. She is certified in mental health first aid.

Don’t Give Up, Don’t Give In: Survival Skills for the Non-ADHD Partner

Enough Is Enough: The Adult ADHD Guide to Saying No

How to Talk with Your Child About Starting ADHD Meds

Worried and Preoccupied? You Can Reduce Anxiety and Live More Confidently