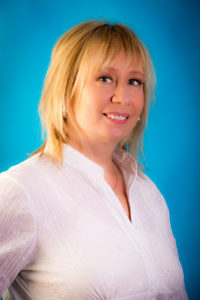 Patricia M. Hudak, PCC, BCC, the former chair of the CHADD Northern Virginia and DC (NoVA/DC) chapter of CHADD, was installed as president during CHADD’s annual board of directors meeting in June.

CHADD is the nation’s largest organization for individuals and families affected by ADHD.  It has 107 local groups throughout the United States and co-sponsors the Annual International Conference on ADHD.

Hudak joined CHADD after her two stepsons were diagnosed with ADHD. As the chair of the NoVa/DC chapter, she helped to increase chapter membership, create community connections, and begin a lecture series and annual resource fair.

“It was one of the most fantastic times of my life, to be honest,” Hudak said. “It felt good working with so many volunteers who were so enthusiastic.”

With the success of the NoVa/DC chapter, Hudak joined several national committees and later joined the board of directors. She will serve a two-year term as president of CHADD.

Hudak is interested in ways CHADD can expand its outreach to underserved communities, build greater sustainability for the organization, and expand its programs for members. CHADD recently launched its Adult to Adult ADHD training and support program.

“We have the evidence-based information for ADHD,” Hudak said. “It’s reliable, it’s credible. The professionals we have involved are the best of the best in the world of ADHD. I am making a commitment to attract and use the right kinds of funding to achieve our goals. Doing the right thing so we can sustain the work we do and then build on it. I’m very committed to continuing our progress in making more resources available to our adult community.”

Hudak wants to grow CHADD’s volunteer base, attracting a greater diversity of members, especially from underserved populations, including the Black and LGBTQ communities.

“We need to have the conversations with the people who are in these communities so we can be truly helpful to them,” she said. “CHADD really excels at finding people who have those backgrounds and can provide that combined insight.”

As the parent of two young men with ADHD, Hudak said she knows the benefits CHADD membership provides for a family coping with ADHD. Finding CHADD when her sons were younger helped her family when they needed it most.

“The information from CHADD helped me be a better parent and understand the intricacies of ADHD,” Hudak said. “When the boys did things differently from what I was expecting, I understood it was the ADHD challenges, not that they were trying to misbehave. When it came time for academics, we needed to know what kind of support we could get from school. And we learned that from CHADD.”

Hudak got involved with her local CHADD group, taking on more responsibilities as she became better able to help other families coping with ADHD.

“I was getting so much from CHADD,” she said. “CHADD was giving me so much support and I wanted to give back. The CHADD I see looking forward is an organization that is thriving. We’re going to continue to grow, without a doubt.”

Hudak said the new Adult to Adult program, along with future programs for teens and transition-age young adults, are part of the outreach and growth she sees for CHADD. Creating a long-term strategic plan, increasing revenue and funding, and raising further awareness of the organization and its programs are goals she plans to pursue as president of CHADD.

Hudak will be introduced to the CHADD membership during the 2020 Virtual International Conference on ADHD, to be held November 5-7.

CHADD was founded in 1987 in response to the frustration and sense of isolation experienced by parents and their children with ADHD. Today CHADD has a small national staff, which manages the day-to-day responsibilities, while its board of directors sets policy and oversees the organization’s wellbeing. The organization is composed of dedicated volunteers from around the country who play an integral part in its success by providing support, education, and encouragement to parents, educators, and professionals on a grassroots level through CHADD chapters.