Why Does the Idea Persist that ADHD Meds are Over-prescribed? 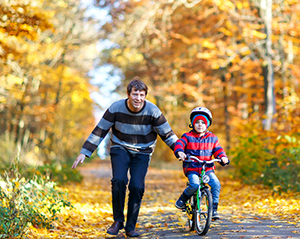 There have been some claims in the popular press that ADHD medications, especially the stimulant medications, are over-prescribed. But those claims either have had to be retracted (such as the New York Times publishing three corrections to its 2013 article) or have been challenged by qualified professionals for failing to consider critical factors and scientific evidence. For example, this apparent bias from some journalists was challenged in an article by one professional, who says, “Some people in the media appear to already know the answer … [they] simply leave out any disagreeing viewpoints and data.”

According to Max Wiznitzer, MD, a pediatric neurologist at Rainbow Babies and Children’s Hospital in Cleveland, and a member of the CHADD Professional Advisory Board, the idea of over-prescribing has been based on anecdotal situations (such as possible side effects meaning that medications are harmful) rather than on data from controlled scientific evidence.

Furthermore, Dr. Wiznitzer emphasizes that clinicians and parents must remember that all evidence shows that multimodal treatment for ADHD―which includes behavioral interventions for the patient (and/or caregivers when the patient is a young child) along with medication―provides the greatest likelihood of success.

“Medications can improve focus, but they don’t teach how to learn and behave,” he says.

So what explains the persistence of the idea of over-prescribing? Anecdotes versus scientific evidence is one issue. Dr. Wiznitzer offers several other reasons:

The right diagnosis will help ensure the right treatment.

Has someone said to you that “medication is over-used” for ADHD? How have you responded?

The idea that ADHD medications are over-prescribed has been out there for several years, and it just doesn’t seem to go away, despite science-based evidence to the contrary. We interviewed a member of our professional advisory board to explore this issue, and what it can mean to you.

Holiday Meal Planning? You Can Do That

Try the ADHD Calculator of Traits!

Why Does the Idea Persist that ADHD Meds are Over-prescribed?