Revisiting “To Tell or Not to Tell” 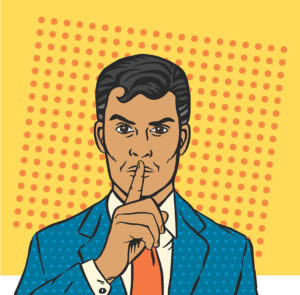 Clients and audience members often ask me whether to tell their family, friends, coworkers, or bosses that they have ADHD. In social situations there sometimes are no right or wrong answers; so much depends on the circumstances, the openness of the person who has ADHD, and trustworthiness of the person to whom they’re disclosing.

My hope is always that the decision to tell or not to tell is well thought out, and feels like the right choice for the individual.

“ADHD is the worst kept secret,” said Stephanie Sarkis, PhD, during one of her presentations. In other words, ADHD is visible to others, especially when not well managed, so even if you don’t reveal it with your words, your actions may let the cat out of the bag. (Just to prove it, Dr. Sarkis forgets that she originated this great line but remembers me quoting it and has given me credit for her own gem.) So, if your privacy is important to you, then getting on top of your ADHD will help. But since no one is perfect, you may want to make some intentional decisions about what you say, how you say it, and to whom.

How to think about disclosure

Relationships of all kinds do best with the right level of disclosure. If you’re too private, the relationship fizzles out. If you’re too open, the other person may feel that you’re too much. It’s a judgment call to decide how much to share or even ask about.

There are three potential reasons to hold back on telling someone you have ADHD or sharing any other personal information:

I don’t want to give the impression that you should never tell anyone about your ADHD or that there is anything so problematic about it that you need to keep it to yourself. Rather, it’s about making a good decision about personal information. Some people want to be out and proud and I can totally respect that, but others prefer to be more selective. No one else gets to vote on how you feel about yourself or about having ADHD, but all relationships involve choices about disclosure versus privacy.

I sometimes encourage people to avoid the black-and-white decision of disclosing or not disclosing and instead split the difference and talk symptoms before diagnoses. That is, talk about the specific symptoms that the other person sees, without getting into formal diagnoses.

For example, I have a client whose projects often fall off his radar screen. We discussed options for what he could tell coworkers, such as “I sometimes get caught up in other things, so if I don’t get this to you, feel free to check in.” As Dr. Sarkis so wisely pointed out, this disclosure isn’t exactly breaking news, but sticking to the symptom allows you to avoid the more complicated discussion of what the diagnosis means, especially with someone who hasn’t yet earned that level of trust and disclosure.

Talking symptoms before diagnoses addresses the problem (distractibility in this case) and offers a potential solution without getting into deeper discussions of why it happens. Spend some time and come up with concise ways of explaining your common ADHD struggles, so that you don’t need to make them up on the spot. Maybe even practice saying them out loud, or run them by someone who knows about your ADHD. Be clear in describing what you do and take ownership of the behavior without over-explaining or over-apologizing for it.

Sometimes it’s even more general. For example, another client struggles with working from home. Her employer was contemplating keeping employees at home indefinitely, so I suggested that she ask about being able to work from the office, at least a couple days a week, and explain that she would get more done that way. This certainly isn’t limited to folks with ADHD, so she just needs to advocate for herself in a general way that doesn’t get anywhere near bringing up ADHD.

There may be times when talking about symptoms isn’t enough, or you feel that you want to tell someone about your ADHD. Let’s go through the three potential problems mentioned above and how to make that disclosure a better experience for both people.

Are you sure you want to disclose?

Intimacy and connection in relationships are built by sharing personal information. This is then maintained by treating that information respectfully. So, you want to make sure that the person you’re contemplating telling will be able to hold up their end of the bargain. This means you must stop and think about it long enough to make a good choice.

This topic came up often in an adult ADHD support group I ran. One attendee knew he had a tendency to get caught up in the moment and blurt things out, so he came up with two rules for himself:

Obviously, this got a good laugh, perhaps from the recognition that good intentions beforehand sometimes get lost in the moment.

On the other hand, another client had been dating a woman for a few months but hadn’t told her about his ADHD. His troubles with time management, paying attention, and interrupting her were frequent sources of frustration for her. We discussed whether he should tell her. Ultimately he decided that he needed to, because she was coming to her own conclusions about him on account of his actions—and all of those explanations were far more damning than ADHD. They both were better off when she saw that his inconsistencies reflected ADHD’s impact on converting good intentions into actions rather than his being kind of selfish. Most importantly, understanding his issues as related to ADHD gave them better strategies for working together so they could both be happier.

What about disclosure at work?

Telling someone at work about your ADHD, especially a boss, presents more potential complications. This is because people at work may jump to (the wrong) conclusions about how your ADHD affects your ability to do your job. Disclosure can create a self-fulfilling prophecy where they start looking for certain things and predictably start to see them, even though nothing about your performance has changed.

At its worst, disclosure could lead to your being passed over for promotions or plum assignments, or even to disciplinary actions. While it’s highly unlikely that anyone would ever be callous enough to come out and say that it was because you have ADHD, that information may still affect their behavior toward you. You may have a great boss or coworker who would handle this information well and work with you, but otherwise it’s generally safer to not disclose at work unless absolutely necessary.

Instead, focus on what will make you most effective in your job, particularly as circumstances change (for example, shifting between working from home and at the office). It is probably better to talk symptoms before diagnoses when asking for what you need.

If you work from home, for example, you might want to ask your boss for a quick check-in at the end of each day to help you hit longer deadlines. Or if you alternate between working from home and the office, you might ask for different start times to accommodate the commute. In all of these discussions, focus your sales pitch to your boss on how these small accommodations will pay off by making you a more effective employee.

Do you need to educate the person about ADHD?

Even though there is so much more good information about ADHD in adults available now, there’s still a lot of misunderstanding and misinformation. You may want to educate the person you tell about ADHD so they don’t make wrong assumptions about you. Probably the best way to do this is to provide the information in your own words and to speak from your own experience. Some stubborn folks may need to see something more official, such as the CHADD website. CHADD’s resources may also be helpful if someone is genuinely interested but asks questions you can’t answer.

Lack of knowledge is totally forgivable if someone is willing to learn more. Their job is to be receptive; your job is help them understand. Their learning about ADHD isn’t doing you a favor, but rather is an investment in the relationship where you will both be happier.

Some people in your life deserve to be given personal information; others don’t. The difference is how comfortable you are about how they will treat that information. Those who treat it with respect, by keeping it confidential and not using it against you later, tend to be told more. Those who misuse your information tend to be told less.

So, when you contemplate telling someone about your ADHD, ask yourself whether that person has earned that information. If so, then go for it. Sometimes, though, your hesitation may reflect more about the other person than it does about you or ADHD. For example, I have a client with a critical and super-picky boss, which makes it unwise to reveal much of anything.

Of course, someone’s response to your disclosure also tells you something about them. There may be times, especially with a new relationship, when you want to find out quickly where someone stands on these matters before investing too much time in the relationship.

One of my clients would tell new guys, “I will never be on time,” just to cut to the chase. (Again, this is no secret.) She acknowledged it, apologized for it, but also didn’t promise something she couldn’t deliver. A date who was going to have a problem with this could select himself out of moving the relationship forward.

Relationships are built on disclosure. Trust is tested with small disclosures that lay the groundwork for more sensitive information. Revealing your ADHD is just part of this universal process that everyone goes through. The goal is the same as it is in lots of other ways in life: to do the right thing at the right time.

Disclosing that you have ADHD is a very personal decision, and the Job Accommodation Network is an excellent resource to consult when you are making that decision. You can contact JAN at askjan.org for information related to job accommodations, the Americans with Disabilities Act, and publications and articles that offer a wealth of guidance. The following are sample tips from their overview of the dos and don’ts of disclosure; for more detailed information about each tip, go to https://askjan.org/topics/Disability-Disclosure.cfm. 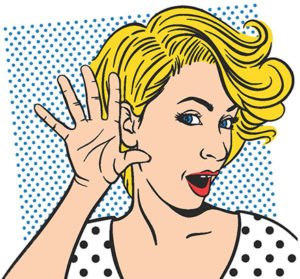 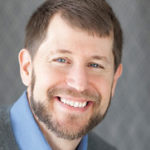 Ari Tuckman, PsyD, CST, is a psychologist in private practice in West Chester, Pennsylvania. He serves as co-chair of CHADD’s conference committee and is a former member of its national board of directors. His most recent book is ADHD After Dark: Better Sex Life, Better Relationship. A frequent contributor to Attention magazine, Dr. Tuckman is a regular guest on CHADD’s webinars and podcasts. This article was adapted and updated from the chapter “To Tell or Not to Tell” from Dr. Tuckman’s book, More Attention, Less Deficit: Success Strategies for Adults with ADHD (© 2009: Specialty Press, Inc.).

“Telling Your Heartthrob That You Have ADHD.” ADHD Weekly, February 14, 2019.
https://chadd.org/adhd-weekly/telling-your-heartthrob-that-you-have-adhd/

Melanie Whetzel, MA, “What Works for You in the Workplace.” Attention magazine, August 2018.
https://chadd.org/attention-article/what-works-for-you-in-the-workplace/

“Workplace Accommodations Can Make You and Your Employer Successful.” ADHD Weekly, February 23, 2017.
https://chadd.org/adhd-weekly/workplace-accommodations-can-make-you-and-your-employer-successful/