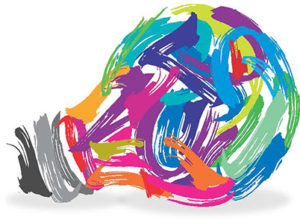 This research update focuses on a common question: is there a link between ADHD and creativity? The first study reviewed research with both children and adults on this topic, and the second paper included two studies that examined whether motivation helps to explain the link between creativity and ADHD in adults.

The findings show that the link between creativity and adult ADHD is strongest when studying real-world creativity, compared to tests that measure creativity in the lab.  There is also some support for a link between creativity and ADHD on tasks of divergent thinking—the ability to generate many solutions to a problem. Finally, the level of ADHD-related impairment and the level of motivation appear to affect creativity. Further research will help us to better understand the connections between ADHD and creativity.

What do the studies tell us?

This review paper examined 31 studies on ADHD and creativity, which is defined as the ability to generate ideas that are new and useful. Previous studies suggested that creativity is related to distractibility and impulsivity, which are characteristic of ADHD. The studies reviewed examined three main domains of creativity: divergent thinking, which involves generating many different solutions to one open-ended problem; convergent thinking, which involves problem-solving processes, such as following a set of rules or information and finding the optimal solution; and everyday creative abilities/achievement.

Twenty-two studies were reviewed for ADHD and divergent thinking. Findings for studies with children suggest that divergent thinking is related to higher ADHD symptoms but not for those with a clinical diagnosis of ADHD. Findings were mixed for research with adults, with some studies showing higher divergent thinking with ADHD and other studies not finding differences between adults with and without ADHD. Six studies were reviewed for ADHD and convergent thinking, with results showing either no improved creativity for children with ADHD, or negative results for children and adults with ADHD. In addition, six studies of everyday creative abilities/achievement and ADHD were reviewed, with the majority of these studies showing a positive association between ADHD and creative achievements in daily life for adults.

This review suggests that divergent thinking may be related to higher ADHD symptoms only among those without diagnosed ADHD, which suggests that clinically significant ADHD-related impairment may be negatively associated with divergent thinking. The review also demonstrates that ADHD may not be related to convergent thinking, and that in general, individuals with ADHD may have higher real-life creative achievements. The paper included a limited number of studies, the majority of which have relatively low sample sizes. Future research is needed, with larger study samples and comparable measures of creativity across studies.

Does motivation play a role?

Past studies have found inconsistent results on the link between creativity and ADHD. This paper described two studies that examined the role of motivation as a possible explanation for the mixed findings.

In the first study, 71 participants with ADHD completed an activity that involved generating ideas (thinking of as many new ways as possible to use a newspaper and a fork), a task involving constructing a problem (reading about a problematic situation and redefining the problem), and a questionnaire on creative achievements in everyday life. Participants with ADHD reported more real-world achievements, but did not perform better than those without ADHD on the two tasks above. Although individuals who had higher motivation had more original ideas on a task, motivation levels did not differ between those with and without ADHD.

In the second study, researchers examined whether individuals with ADHD would perform better on creativity tasks with an opportunity to win a reward, and whether their level of creativity differed depending on the specific area measured. Forty-six participants with ADHD and 44 participants without ADHD completed a divergent thinking task (thinking of as many new uses as possible for a towel, a tin can, a book, and a belt), with the task sometimes being competitive for a reward and other times being noncompetitive. Participants also completed a questionnaire measuring creativity in five different areas: artistic, mechanical/scientific, performance, scholarly, and self/everyday.

Yuanyuan Jiang, PhD, is an assistant professor and registered psychologist at Saint Paul University and adjunct professor at the University of Alberta. Her research focuses on understanding how attention, behavior, and cognitions relate to each other to learn how to improve assessments and interventions for individuals with attentional difficulties. 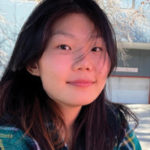 Minyeong Cho is a psychology honors student at the University of Alberta. Her research interests include emotion regulation of youth with inattentiveness and/or hyperactivity/impulsivity and the development of family- and school-based interventions.