ADHD in Women of a Certain Age

MANY WOMEN OF A CERTAIN AGE who have ADHD (or think they might) make a determined choice to use the last decades of their lives to learn more about themselves. They want to understand how their brains work and discover new ways to make a difference in the world, perhaps using strengths and talents heretofore undiscovered or dormant for decades. I am one of these women. If you are, too, then this article is for you. Please pass it on if you know someone else who fits this description.

Way back in high school, I learned that readers are drawn in by characters whose life situations and challenges are described in minute detail. So here are a few of my specifics:

● I have two children and wish I’d done some things differently to support each of them at various times in their lives.

● I have four grandchildren, and I’m grateful for the time I spend being a part of their lives.

● I was slow to mature emotionally and have always felt younger than my age.

● I’ve had a variety of jobs, and I left several of them after only a year or two because I lost interest.

● I’ve spent a lot of time in school earning degrees (one BA and two MAs) and taking classes (copyediting, polymer clay art, hospice care, guitar), because I love to learn about many different things.

● I’ve suffered a little from depression and anxiety throughout my life.

● Some of the big and little decisions I’ve made have been impulsive, but I’ve learned from each of them. I’m grateful there were no truly serious negative consequences.

● I’ve been challenged by emotional eating and have lost sixty pounds twice (and could lose a few pounds right now).

● I tend to be a people pleaser, because I don’t like conflict.

● I’m also a bit of a maverick and don’t like to be told what to do. Sometimes that has not served me particularly well.

I also have ADHD in my life. After my husband and I had been married over thirty-five years, when Neil was sixty, we finally figured out that underlying ADHD contributed to the challenges we’d faced together. Many professionals over the years did not pick up on his ADHD, so we (mostly I) kept searching.

One evening over dinner, the word “attention” popped into my mind. We rushed to our computer and looked up something I thought I had heard of–attention deficit disorder. I thought, though, that it mostly referred to young boys. Nevertheless, I found an online screening tool (probably the one from the World Health Organization) and Neil answered all the questions. I had the spooky feeling that whoever wrote the questions had interviewed Neil and personalized the survey just for him. It described him just about perfectly!

Neil proceeded to an official diagnosis and tried the array of medications available. He decided that none of them helped enough to mitigate the side effects. That was many years ago. He’s thinking of revisiting that issue, this time in consultation with his cardiologist since he now has heart issues to consider.

We are in our fifty-first year of marriage. Since Neil’s diagnosis, we have learned a lot about ADHD. It’s an ongoing process, not only because more is being learned every year. We both have to learn how to live with our own ADHD every day. Yes, that’s right–several professionals have suggested that I also have ADHD. I have embraced it, though I have not taken steps to make the diagnosis official.

You may have noticed my ADHD in some of my earlier bullet points–easily bored but interested in many things, impulsive, highly sensitive, anxious, self-medicating with food, frequently changing jobs, etc. I also have challenges with working memory, planning, and goal setting. Many people with ADHD have a hard time seeing the future, so planning and setting goals can be tough.

My ADHD has less impact on my daily functioning than does Neil’s on his functioning, though. He is challenged by getting started on tasks, prioritizing, procrastinating, and especially time management, so I have become the “executive functioning machine” of our family. There is a balance in our relationship, though, because he gives me the gift of understanding and unconditional love. We are very fortunate to have found each other and stuck together. 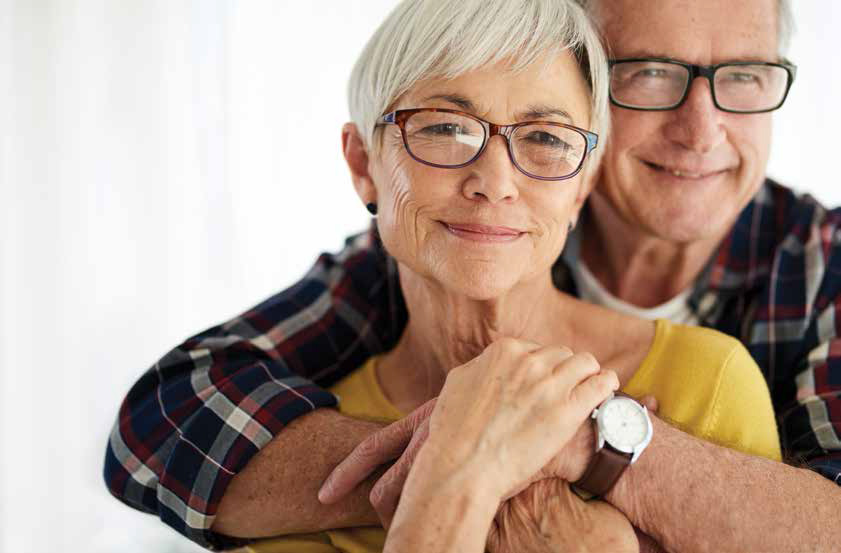 Life with ADHD can be a struggle, especially when you think your challenges are due to failures of will or effort or intelligence or even morality. Many people my age and even younger have no idea that ADHD is the reason they have experienced life as more challenging than most of their peers. ADHD was not known or understood when adults of my generation, and even younger, were growing up.

For decades, the prevailing idea was that ADHD affected primarily children, commonly stereotyped as young boys who could not sit still or be quiet in school. People believed ADHD symptoms waned during adolescence. Not until the mid-1990s were the first diagnostic criteria for ADHD in adults proposed.

Nowadays many adults are diagnosed in their fifties, sixties, seventies, or even later. But many older adults still don’t know, or even suspect, that ADHD is the reason certain parts of their lives have been so challenging. As people begin to age, ADHD traits are frequently attributed to cognitive decline, worsening physical health, and lack of structure after retirement. ADHD is rarely considered as an underlying condition for older individuals, but it should be.

Without awareness of their own ADHD, older adults may have experienced major challenges with relationships, been unable to keep a steady job, or suffered from addictions to substances or risky behaviors. They may have always felt a little different, which they took to mean they were less than their peers. I’ve heard that by the time a child is twelve, she has received 20,000 more negative messages a day than a neurotypical child. No wonder there can be a residue of low self-esteem and even shame in older adults. Childhood experiences of not being understood or supported can leave marks that last into the sixth, seventh, and eighth decades of life, unless new learning takes place somewhere along the way. Without some understanding of ADHD, these individuals likely live with a sense of not having measured up to their potential, for which they blame themselves or their parents or teachers.

As we gained knowledge and understanding of ADHD, Neil and I wanted to help other people with similar challenges. We trained and met the credentialing require requirements to become ADHD coaches. Now it is our joy to work with people on the same adventure.

It’s never too late to learn about yourself. You can even retell your history with a more accurate, compassionate understanding. Here is my new way of describing myself:

● I’m a woman in her seventies who feels like she’s just getting started.

● I’m grateful for opportunities to engage in creative and fun activities with two amazing children and four brilliant (of course!) grandchildren.

● I’ve realized that by the time you reach your seventies, it can be quite wonderful to feel younger than your age. (It’s also wonderful for your grandchildren to have a “young in spirit” grandparent.)

● Because I’ve had a variety of jobs, as an ADHD coach I can connect with clients who have similar job histories.

● Because I’ve spent a lot of time in school, I can understand the challenges experienced by my college student clients and also by my adult clients who are returning to school.

● My experiences with depression and anxiety taught me things I needed to learn. Those experiences connect me with others who suffer in the same way.

● Creativity is just impulsivity gone right, says Dr. Ned Hallowell. I see that some (not all) of my impulsive decisions were creative solutions to challenging situations.

● Though I’m sensitive, I am also intuitive and can connect with others, sensing their joys and pains.

● Being a people pleaser has fine-tuned my social sensitivities.

● Being a bit of a maverick, I find myself pleased to be living a somewhat unconventional life that continues to put me in situations that require moving outside my comfort zone. And that’s a good thing.

Perhaps you would enjoy continuing your life journey with new insights and self-understanding. There are many sources of information about ADHD and many people who can support you along your journey. CHADD offers a directory of professionals and many other resources to help. Pick one and get started! If not now, when?

ADHD coach Linda Swanson, MA, PCC, PCAC, is a graduate of the ADD Coach Academy. She and her husband, Neil, are partners in Free to Be Coaching (freetobecoaching.com) in Warrenton, Virginia. Her clients are primarily adults (including college students) who have ADHD-type challenges. She coaches in person as well as by phone or video conference, and has a special place in her heart for older adults with ADHD who seek to reinvent themselves to enrich their later years. Swanson and her husband facilitate a monthly CHADD parent support group together. She serves on the editorial advisory board of Attention magazine and on the board of directors for the Professional Association of ADHD Coaches.