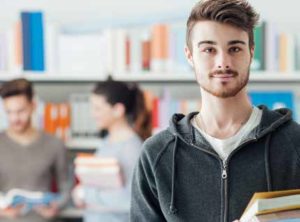 IN MY THIRTY YEARS OF TESTING KIDS WITH ADHD, I have seen hundreds of kids like fourteen-year-old Alex, whose homework is an enormous source of stress and frustration for him and his parents. Even with constant parental nagging, teacher reminders, the help of a tutor, and an elaborate home-school communication program, Alex commonly forgets to take his assignment directions home, struggles to complete his work, or doesn’t take his finished work out of his backpack or locker. When I recently asked Alex, “Who’s most upset if you don’t finish an assignment or turn it in on time?” his answer (predictably) was “My mom.” When I asked “Who’s next most upset?” he said, “My dad, then my teacher, then my tutor.” As is commonly the case, Alex himself wasn’t on the list. Something’s wrong with this picture.

Although many first- and second-grade kids with ADHD will dutifully do their homework with support as needed, many high school and college students with attention disorders routinely avoid their assignments, resist adults’ attempts to get them to work, and seem to expend little energy trying to solve their work production problems. The difference between the students who embrace their work and those who don’t is typically not a matter of brain maturation or emotional maturity, but rather one of an internalized sense of who’s responsible for what.

Some young children with ADHD accurately see their homework as their own responsibility and willingly do it, reflecting a healthy sense of control or autonomy, which gets strengthened by engaging in their work, even if they need help to get it done. Other children and adolescents like Alex see their schoolwork as something that is forced upon them. They avoid thinking about it because they know that someone will eventually get on them and try to make them do it.

Along with my friend and colleague, Ned Johnson, I have written a book called The Self-Driven Child (Viking, 2018), which emphasizes that a healthy sense of control is strongly associated with all of the positive things we want for our kids—especially their ability to be resilient and to handle stress well. According to one of the best supported theories in all of psychology, a sense of autonomy is one of humankind’s most basic needs. It is also particularly crucial for parents of children with ADHD to know that, without a sense of control, kids don’t develop the kind of internal motivation and self-drive that enables them to create a successful life. In fact, if a young person is eventually going to become independent, he has to have the experience of running his own life and permission to learn from his mistakes.

Use interventions that also build autonomy

It can be hard for kids with ADHD to develop a strong sense of autonomy. Think about it: If you have trouble regulating your attention, managing your impulses, or getting started on and sticking with things, it is challenging to develop confidence in your ability to effectively act in the world. This is especially true because, as adults, our first impulse when kids are not successfully doing what is expected of them is to limit their autonomy by imposing controls—namely by offering incentives and creating restrictions. There is solid reasoning behind this; research has clearly shown that structure and external motivators are among the most effective short-term ways to help kids with ADHD focus on a task, finish their work, and behave well in class and at home. There is also extensive research, however, which finds that rewards and other external motivators actually undermine internal motivation.

While I am not at all opposed to using behavioral interventions with kids with ADHD, interventions that don’t also build autonomy will not work in the long run because they reinforce the idea that someone other than the child is responsible for his development and his life. A way to both use incentives and to build autonomy is to say something like, “I know that when you look at your math worksheet, it’s incredibly hard for you to get yourself focused enough to work on it. This is because there’s not enough dopamine in the front part of your brain to make it interesting enough to focus on. I’m willing to offer you an incentive, because it will make it easier for you to get your brain going. Would you like me to do that?”

Since autonomy is a basic human need, it is not hard to understand that many kids with ADHD would learn to resist other people’s attempts to get them to do things (even with appealing rewards) as a means of asserting their own sense of control. That’s why for years I have advised parents to tell their kids, “I love you too much to fight with you about your homework.” Parents should think of themselves as consultants to their kids regarding schoolwork, rather than as their boss or taskmaster. They might set “consulting hours” during which they are willing to help a child with homework (and things like Scout badges)—but should not try to force help on kids who fight it.

You really can’t make your child do her work, and if you work harder to help her than she does to help herself, you’ll weaken her. If you spend 95 units of energy trying to get her to do her schoolwork, she’ll spend five. This counterproductive dynamic will not change until the energy changes, which often happens when a parent gets exasperated enough to say, “I can’t take this anymore—you’re on your own.” So, offer help but don’t force it, and refuse to be responsible for what is truly your child’s responsibility.

Express confidence in your child

One of the best messages you can give to older children and adolescents is, “I have confidence in your ability to make decisions about your own life and to learn from your mistakes.” Although kids with ADHD are more likely to make decisions impulsively, they are capable of very good decision making when you support them, and when you emphasize the need to make informed decisions.

Some parents who are aware of the particularly slow development of the prefrontal cortex in kids with ADHD protest, “How could we entrust a kid to make his own decisions or solve his own problems when he doesn’t have a mature brain?” But prefrontal maturation isn’t complete in kids with ADHD until their late twenties or early thirties, so it doesn’t make sense to postpone the message that this is their life.

Though there are no easy answers, I do have suggestions for parents. I am particularly supportive of Dr. Margaret Stanley’s STAND therapy program (Supporting Teens’ Autonomy Daily), which recommends a respectful, noncoercive approach to helping adolescents and their parents clarify their own personal goals and assess their need and desire to change. Research on the STAND approach has shown improvement in things like organizational skills, homework behavior, parent-teen contracting, and parenting stress. I also recommend “radical downtime” (sleep and meditation) as a tool for maximizing a child’s sense of control. Further, I encourage reminding kids with ADHD to be patient with themselves because things will get easier for them as their prefrontal cortex develops.

For kids like Alex, though, the most important thing is often expressing confidence in their ability to figure out what’s important to them and what they want to work toward—and, if they welcome it, providing them with the structure, organizational support, and encouragement they need to get there.

William Stixrud, PhD, is a clinical neuropsychologist and a faculty member at Children’s National Medical Center and George Washington University Medical School. He lectures widely on the adolescent brain, meditation, and the effects of stress, sleep deprivation, and technology overload on the brain. He has published several influential scientific articles and is on the board of the David Lynch Foundation.

Children and Teens in Southeast Asia Have ADHD, Too

Does My Child Need a Tutor or a Coach?

We All Have Our Parenting Kryptonite