A TENDENCY to experience and express intense negative emotions is among the most significant problems people with ADHD face. Among children, low frustration tolerance, rageful outbursts over seemingly small annoyances, and explosive overreactions to disappointments other kids handle with composure often make peer relationships and family life difficult. These difficulties can lead to a cycle of interpersonal friction, rejection, and diminished self-worth. Among older individuals, hair-trigger tempers and milder flashes of impatience and irritation are unsettling to others, but the person with ADHD finds these hard to control. Emotionally charged behavior can lead to aggressive reactions toward others and oneself.

There has been long-running debate about whether emotional dysregulation is part and parcel of ADHD or whether they are symptoms of a different, if related, problem or disorder. Just as distractibility and impulsiveness reflect impaired cognitive and behavioral controls, overly intense reactions to provocative events may indicate “emotional impulsivity.” However, these emotion-related problems are not as pervasive in ADHD as the “cornerstone” symptoms of inattention and impulsiveness, an observation that leads to consideration of distinctive mood disorders that may be prevalent in ADHD.

Traditional concepts of mood disorders emphasize persistent states, such as depressed mood that one experiences “most days, most of the time,” per DSM-5. However, it is much more common for kids with ADHD to display dysregulated emotion only in reaction to a bothersome event and then return to their more usual (“euthymic”) mood state afterwards. Only a minority are in a persistently irritable or angry mood even when things seem to be going their way with no outside provocation.

Several studies and meta-analyses (see Pozzi et al. 2018 and Stuckelman et al. 2017) have shown that stimulant medications for ADHD also improve irritability and related emotional disturbances. Most of these trials studied youngsters who had ADHD, but the samples were not designed to evaluate treatments among those who had significant emotional dysregulation as well.

Combining data from two studies that did enroll only patients who had both ADHD and significant aggressive behavior, my collaborators and I (Blader et al. 2016) showed that aggression and the affective disturbances that accompany it improved during a structured, well-monitored approach to optimal stimulant dose finding and a brief family behavioral treatment. Importantly, improvements in aggression and emotion were as strong among the one-third of patients who had persistently negative mood. In other words, first-line treatments for ADHD were effective in ameliorating and in many cases remitting emotion-related disturbances in a group of preadolescents who all had significant problems with aggressive behavior and emotion dysregulation.

Meta-analyses also suggested that irritability and other types of mood problems may worsen with stimulant medications. These effects were most strongly associated with amphetamine-based medications and at higher doses. One can be more confident that a problematic development during treatment is a side effect when the problem was not present before treatment and it is not a part of the illness being treated. It is harder to determine if a treatment is responsible for worsening of a symptom that was already present before treatment. In addition, the meta-analyses used data from clinical trials that indicated only if a problem (such as irritability) was present or not, rather than ratings of how severe they were over time. 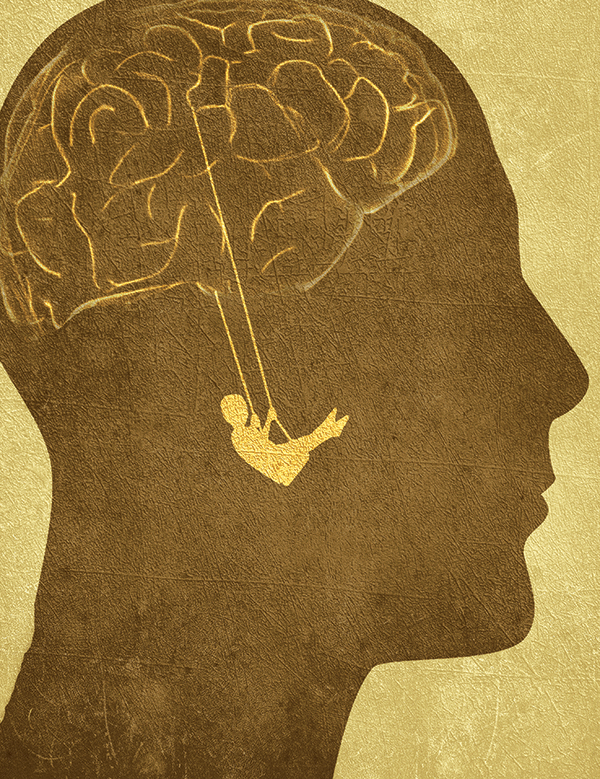 Using data from a clinical trial for six- to twelve-year-olds with ADHD and aggressive behavior, I recently examined (Blader et al. 2019) whether reductions in irritability, depression, and aggression during stimulant optimizing treatment were associated with the medication patients took before they started the trial. We only recruited children who were already receiving stimulant medication and still had significant problems with rageful outbursts and aggression. We reasoned that if children were on a medication that had a higher risk of worsening irritability that they would show larger improvements when they switched from that drug to other treatment.

We found that children who were receiving lisdexamfetamine (brand name, Vyvanse) before they started the trial had both higher ratings of emotional lability, irritability, and aggressive behavior and greater improvement after switching to alternative treatment (mostly methylphenidate products). On inference is that for a number of patients, certain stimulant medications can indeed “boost” their difficulties with emotional control beyond the severity they would otherwise show, so that when they discontinue that medication and get alternate care they reap the benefit of both the drug that exacerbated their symptoms and of the different treatment that improved their negative emotional symptoms.

We still have a lot to learn about the interface between ADHD and emotional dysregulation. At the same time, it is heartening that many children who have both ADHD and severe problems managing their anger and frustration can in fact be greatly helped by more care spent on identifying an optimal stimulant regimen along with behavioral treatment involving parents. Doing so may reduce reliance on polypharmacy that has become so prevalent among children with these difficulties.

It is also worthwhile for clinicians and families to bear in mind that some children may show worsening of emotion-related symptoms with certain medications that is nevertheless reversible when other stimulant medications are provided. Decisions about medication-induced worsening of problems that were already present before treatment benefit from measurement-based care that enables good, quantitative tracking of response alongside treatments.

Joseph Blader, PhD, is a psychologist on the faculty of UT Health San Antonio. He has led numerous clinical and research programs to improve the care and understanding of children with complex ADHD.

More Than Refills: The Importance of Regular Follow-Up Visits

Coach Your Child to Play Better

Is There a “Right Fit” College for My Student with ADHD?

Where Can Adults with ADHD Find the Best Treatment?

Your Career Blueprint Begins with Your Passion and Purpose

Staying True to Who I Am