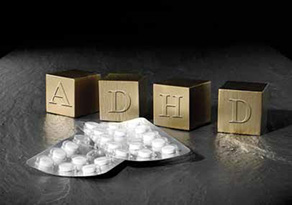 THE DECISION TO MEDICATE a child with ADHD is difficult. Likewise, deciding whether someone should begin or stop treatment for ADHD as an adult can also be hard. There is a lot of conflicting information. The news and social media have accounts of people benefiting from medication, while there also are stories extolling grave dangers associated with ADHD medication. Such decisions regarding ADHD medication and other drug treatments are made by physicians, patients, and families weighing the benefits and costs of medication.

A lot of the necessary information for these benefits and costs come from systematic research, and most research investigating the benefits and risks of medication uses randomized controlled trials, or RCTs. RCTs randomize participants to either receive a treatment or to a control condition, usually receiving a placebo (a sugar pill that looks the same, for example). This randomization–assigning participants to receive the medication or not–allows researchers to draw strong conclusions about causal influences of medications because the groups are presumed to be equal (due to randomization), except for taking the medication. As a result, any differences between the treatment and control groups (having fewer impulsive actions, for example) at the end of a RCT are considered to be the effects of the treatment.

There are serious limitations to RCTs, however, which hinder our understanding of the benefits and risks of medications:

● Second, RCTs frequently exclude patients with more severe illnesses, multiple diagnoses (such as autism spectrum disorder), and/or problems that could be exacerbated by medication (such as seizures, substance use problems). In fact, some research suggests that RCTs exclude over half of the people that actually receive ADHD medication in real-world practice. RCTs are also limited by the fact that they are not able to follow patients for long periods of time, such that long-term effects of medication cannot be studied.

● Third, findings from RCTS may not generalize or apply to the overall population because the intensive treatment monitoring and care by specialists in RCTs may not apply to treatment settings in the community practice.

● Finally, many RCTs are funded by pharmaceutical companies, which make some people skeptical of the findings. Thus, relying solely on RCTs cannot provide us with a complete understanding of the consequences of ADHD medication. To address the limitations of RCTs, researchers are relying on other approaches.

A relatively new line of research relies on large-scale observational studies, or research in which participants are observed in their natural environment rather than randomly assigned to take a medication. Such studies use large databases, sometimes with millions of people. However, without randomization, it is difficult to ensure that participants who receive medication are similar to those that don’t receive medication. This is because there are a number of factors that influence whether someone receives treatment. After all, individuals who receive ADHD medication are given the medication to treat the symptoms of inattention and/or hyperactivity-impulsivity. As such, people who do and do not receive ADHD medication are not equivalent.

If medication use is associated with a beneficial or harmful outcome, it can be hard to know whether the risk is due to the medication, the ADHD itself, or something else. This is the main limitation of observational research. Researchers try to address this by “matching” people who take a medication and those who do not using other measures in the dataset and advanced statistics. This helps to rule out the role of other explanations.

The comparison of people taking medication to unrelated individuals who do not can be misleading, though, because it is impossible to know if you have matched people who did and not take medication perfectly. To help better account for the role of other factors and better identify the consequences of the medication, researchers rely on advanced research designs, specifically designs that have a comparison group that is already well-matched on factors other than medication status. One example of this type of design is a within-individual comparison.

Instead of comparing unrelated individuals, the design uses each person as his or her own control. When using the design, researchers ask whether a particular outcome is more or less likely when an individual is taking their medication, compared to when the same person is not taking their medication. The design, therefore, accounts for all factors that remain stable within an individual over time. Certainly there can be factors that vary along with the use of ADHD medication that can still explain why the medication would be associated with an outcome. Thus, researchers can also include statistical controls for variables that change over time.

What our research suggests

Our research group has applied this within-individual comparison design to examine the benefits and risks of ADHD medication using large-scale health insurance claims datasets in the United States and national datasets in Sweden. When analyzing health insurance claims datasets, we identify medication periods by when patients fill prescriptions of ADHD medication. Using large datasets enables us to study some rare-but-serious outcomes–the types of outcomes that aren’t feasible in RCTs. Specifically, we have used within-individual comparisons to examine whether a person was treated in an emergency department for a substance-related problem, a motor vehicle accident, or a seizure. Below, we summarize several of our findings.

Our research group has also examined of the benefits and risk of ADHD medication by using national datasets in Sweden–researchers can link multiple government and research databases– to examine the associations with substance use problems, motor vehicle accidents, suicidal behavior, depression, and criminality. Findings from these studies provide converging evidence for our findings using US data.

We stress the importance of these findings for two reasons. First, our findings should help ease concerns related to rare-but-serious consequences, such as substance use problems and seizures, that people consider to be negative consequences of ADHD medication. Second, these findings may actually reflect protective effects of ADHD medication in some instances (motor vehicle crashes and suicidal behavior, for example) that RCTs can’t identify. These findings help compliment the results from smaller RCTs.

As for how these findings influence clinical practice, we want to stress that it is important that individuals and families work with their physicians to weigh the benefits and risks for each individual. ADHD medication clearly has some negative side effects, such as sleep difficulties and consequences for height. However, our research, along with findings from a number of research teams using observational studies, suggest that there may be more benefits–and fewer risks–of medications than previously known.

Brian M. D’Onofrio, PhD, is a professor and the director of clinical training in the department of psychological and brain sciences at Indiana University. His research explores the causes and treatments of psychiatric problems using advanced epidemiological research designs and longitudinal analyses. D’Onofrio has received several awards for his research, including awards from the Association for Psychological Science, the Behavior Genetics Association, the Brain and Behavior Research Foundation, Indiana University, and the Society for Research in Child Development.

Kelsey Wiggs, PhD (in progress) is broadly interested in the etiology and treatment of neurodevelopmental problems across multiple levels of analysis and time scales. In the developmental psychopathology lab at Indiana University, she works with Dr. Brian D’Onofrio on two main areas of research using large longitudinal data sets. Her current project examines the association between prenatal exposure to antiepileptic drugs and offspring ADHD and ASD.

The Gifted Child with ADHD

The Genetics of ADHD