Still Distracted After All These Years 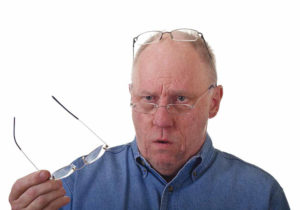 AS A PSYCHOLOGIST who has spent the past several decades thinking and writing about ADHD in its various manifestations, I have always tried to focus on segments of the ADHD population that have been underserved—adults when most thought ADHD was a disorder of childhood; girls and women when most thought it was a disorder primarily affecting males. Now, I have turned my attention to a large and growing group that is remarkably underserved—those over age sixty with ADHD, a topic about which there is almost no research.

By focusing on issues of aging, I hope my preliminary research will spur interest in how best to diagnose and treat people with ADHD in their later years. I hesitate to call them the “retirement years,” because many older adults with ADHD are woefully unprepared for retirement due to a lifetime of poor money management and underemployment.

I have launched into a project to interview older adults with ADHD individually. Having interviewed approximately fifty older adults to date, I will share some of my preliminary findings and the themes they present.

Difficulty finding someone to treat them

Psychiatrists and primary care physicians need to become more aware that ADHD is often a disorder that needs to be treated over a lifetime. Many physicians either “don’t believe” that a sixtysomething or seventysomething could have ADHD, or simply are not experienced enough to be comfortable prescribing stimulants to older adults, given the likelihood of more complex health concerns. And yet the majority of adults I interviewed reported that, after much effort, they finally found a more enlightened physician and benefitted greatly from stimulant medication.

Appreciation that someone is paying attention to older adults

I have found people to interview largely through advertising in a small classified ad announcing that I am studying older adults with ADHD and am seeking people to interview. The response from interviewees has been one of excitement and appreciation. While I offer each person complete confidentiality, most are excited to be part of this exploration of uncharted territory and tell me they are eager to share their experiences with others.

One of the unexpected patterns I’ve encountered are repeated stories of huge risk-taking and determination to remake their lives. As some older adults have come to understand and accept their ADHD, they begin to reject the circumstances in which they had lived due to low self-esteem and lack of confidence. For example:

In both of these cases, the diagnosis and treatment of ADHD was the trigger for a cascade of changes that led to self-reinvention in midlife.

Stories of regret and loss

In contrast to these stories of reinvention, I have come across stories of loss and regret—stories of people whose lives have gone downhill as their job demands or supervisors changed in ways incompatible with their ADHD. There were stories of jobs that were ADHD-friendly until technological changes or changes in management led the job to become untenable, plus stories of people forcibly “retired” as a result of such changes who were living in very financially challenging circumstances as a result.

Does ADHD get better or worse?

Not surprisingly, the answer depends upon the individual and his or her circumstances. Some people have told me that they have never been happier since retirement. They no longer have the daily pressure of their job and are enjoying a life in which they are well integrated into their community through volunteer work and creative outlets.

In sharp contrast, others tell me of multiple health concerns, social isolation, and struggles to simply keep up with the demands of their daily life. Not surprisingly, those who seemed to feel and function better had structure and social interaction in their daily lives.

Little support or information about ADHD available to older adults

Next steps for the professional community

In the US alone, over 10,000 baby boomers fall off the workplace assembly line into the land of Medicare each day. If we conservatively estimate that three percent of them have ADHD (I believe it’s higher), then over 100,000 Americans enter the world of older adults with ADHD each year, with few services, support groups, or information to guide their way.

Participate in my study! If you are male, formally diagnosed with ADHD by a mental health professional, and over age sixty, I’d love to hear from you. Many thanks to all the women that have contacted me. At this point I need to interview men in order to develop a more balanced view of ADHD over sixty. To participate, contact Kathleen Nadeau, PhD, at: DrKathleenNadeau@gmail.com.

Kathleen Nadeau, PhD, is director of the Chesapeake ADHD Center of Maryland in Silver Spring. She is a psychologist who has practiced for over thirty years, specializing in the diagnosis and treatment of ADHD. An internationally recognized authority on ADHD, she has served on the national professional advisory boards of both CHADD and ADDA, and she is the cofounder of the National Center for Gender Issues in ADHD. She is the coauthor of Understanding Women with ADHD (Advantage, 2002) and Understanding Girls with ADHD (Advantage, 2015) and the author of ADD in the Workplace: Choices, Changes, and Challenges (Routledge, 2013), among others. Dr. Nadeau has appeared on the Today Show, the Morning Show, as well as on numerous radio programs and is featured in the video ADD from the Inside Out which was broadcast on PBS. She is a frequent lecturer both in the US and abroad on topics related to ADHD.

The Truth about ADHD and Lying

Brain Management as a Developmental Path

Understanding and Supporting Your Emerging Adult

Girl on Fire: Hope Is a Strategy

Failure to Launch: Treating It as a Process, Not a Failure

Still Distracted After All These Years

Why Does Sam Struggle with School Projects?