If Johnny is six years old, would it seem odd to you to treat him like a three-year-old with regard to bedtime, getting him dressed, and enforcing screen limits? How about facilitating his playdates the same way you would for a three-year-old?

How do you think Johnny and his friends might perceive this? 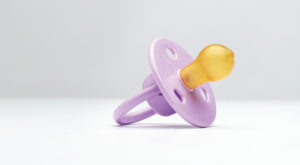 There is some truth to the fact that children with ADHD are often perceived as being less mature than their same-age counterparts. This is often due to some of the inherent symptoms of the disorder itself: trouble with attention, impulsivity, and other self-regulation issues. Having a short attention span, being impulsive, and struggling with other self-regulation difficulties are quite common in toddlers and preschoolers. As a result, these traits are often viewed as signs of immaturity, especially when found in older kids, teens, and even in adults. Furthermore, research (such as that published by Berger and colleagues in 2013) illustrates that on standardized continuous performance measures, which look at attention and aspects of self-regulation (such as impulse control), kids with ADHD often perform one to three years behind their counterparts who do not have ADHD.

Nonetheless, there is a large distinction between a blanket approach of treating your child like they are three to five years younger than their chronological age, versus providing age-appropriate interventions paired with minor adjustments as needed to account for issues related to ADHD (or any other issue for that matter).

For example, while six-year-old Johnny may look like many of his first-grade peers in many ways, his difficulties with sitting still and engaging in disruptive behaviors at school often lead to conflicts with his teacher and on occasion peers as well. At home, he has an especially difficult time winding down in the evenings and falling asleep. Furthermore, when having playdates, Johnny does best with structured situations. When left to his own devices with a peer, he is more likely to get bored easily, become bossy, and in rare situations becomes physical.

Johnny could potentially be more impacted than his same-age peers if he does not get enough sleep. However, rather than making him go to bed at whatever time you would use for a three-year-old (which varies anyway based on a variety of factors), figure out the best time for him. With playdates, Johnny may need guidance and involvement with adults in terms of setting up structure, assisting in decision making with what games to play, and resolving conflicts if they start to escalate. However, as might be evident, giving him toys meant for a three-year-old and facilitating social interactions in an age inappropriate manner is not only likely unhelpful, but probably has the potential to create other issues, including alienation from peers. What six-year-old goes over to a friend’s house and wants to be treated like he or she is three years old?

The takeaway message here is that while it is true that children with ADHD are not always at the same place developmentally with regard to their self-regulation and other related abilities, it is inappropriate to provide interventions consistently that are intended for kids three to five years younger. Rather, parents, caregivers, school staff, and other involved people need to evaluate each child’s skillsets and needs to provide the most appropriate interventions to support the child’s continued development.

Carey A. Heller, PsyD, is a licensed psychologist based in Maryland. He specializes in the evaluation and treatment of ADHD and executive function issues. Learn more at hellerpsychologygroup.com. The coordinator for the Montgomery County chapter of CHADD, Dr. Heller also serves on the editorial advisory board for Attention magazine.

I-PCIT: When Help Is Needed Now

Coping with and Recovering from the Pandemic: Key School Issues for Kids with ADHD

Calling All Students, We Need You!

“If This Is Supposed to Be Easy, Why Is It So Hard?”

What a Difference a Year Makes: The 2021 Conference on ADHD