One September day when I was 29, I stopped as I often did at Mount Sinai hospital in New York City to hold my dying mother’s hand as she fought her final battle with ovarian cancer.

And as I always did, I soon grew antsy and impatient, and said to her, “I’m sorry I can’t stay Mom. I need be somewhere. I love you, but I gotta go now.” And she looked back at me—gaunt, dazed, tubes coming out of everywhere—and said, as she always did, “It’s okay, go do what you need to do.”

What I needed to do was get to Harlem—163rd Street and Broadway to be precise—where I bought my drugs to feed my out-of-control addiction.

Mind you, this was at the height of the crack epidemic in New York City, where on any given day, a handful of guys like me were being murdered for the $50 or $30 or $10 in their pocket. That’s how out of control my addiction was.

I don’t know what was different about that particular day, but when I got back to my apartment in Jersey City, the absurdity and sadness of it all finally came crashing down on me. I proceeded to wrap an extension cord around my neck, but luckily, didn’t have the nerve to “kick the chair out,” as they say.

This was the first day of my journey out of that darkness.

How did I get there?

A few years back I was honored to give a TED Talk (at TEDx San Diego) about the many risks facing adults with ADHD, particularly those not diagnosed, which unfortunately remains about 85% of the estimated nine million ADHD adults in the USA alone.

I shared the stark statistics about ADHD and alcoholism, drug abuse, and crime, and tallied the costs of ADHD in terms of increased likelihood of depression, anxiety, self-harm, and even suicide.

But in the strict time allowance of a TED Talk, I wasn’t able to delve into the actual mechanics of the connection between my ADHD and my eventual drug addiction (and my alcohol abuse and other self-destructive behaviors).

So I’m delighted to be able to share that story with you here.

As readers of Attention magazine are most likely aware, the ADHD brain suffers from a lack of available dopamine and other key neurochemicals that allow us not only to stay organized and on task, but to feel motivated—or even just feel content or at peace in daily situations.

This is why we tend to be thrill-seekers, risk-takers, and are more likely to engage in questionable if not dangerous behaviors. As a high school teen, my (undiagnosed) ADHD brain was constantly seeking stimulation of some kind. Doing chores and homework just didn’t feel interesting enough—I couldn’t fire up my brain to get engaged in them.

Schoolwork, being uninteresting and unstimulating, was something to avoid or to just barely get by or get through.

Even though I came from a college-educated family, I gravitated toward the groups of kids that were engaged in more “exciting” activities: smoking, drinking, drugs, and some other illegal activities.

Now, I realize that it’s not a shocker that a high school student (especially “back in the day”) was smoking, drinking, and maybe experimenting with drugs, but my friends and I were full-time substance imbibers.

And as my alcohol and recreational drug use became a larger part of my life, I began to have more trouble academically and almost didn’t graduate from high school. I was only able to get into a local university because of a family friend, and once there quickly found that the academic demands were more than my nonexistent study habits and lack of focus could bear. I dropped in and out of school for ten years, the entire time abusing alcohol and still hanging out with friends who were decidedly not “college material.”

But importantly, along that ten-year path to my four-year degree, I began selling cocaine to help fund my tuition, which led to buying drugs in larger and larger quantities (from more and more dangerous sources). Of course, a drug dealer who uses his own product quickly becomes addicted to it.

But crazy as it sounds, my increased use of the drug happened to coincide with improving grades—as I was using it as a study aid. My typical study session consisted of a pot of coffee, a pack of cigarettes, and a bag of coke. (I of course was unwittingly self-medicating my undiagnosed ADHD with that toxic mix.)

And when that study session was over, I had to “take the edge off” with alcohol. Then I’d have to drag myself the next morning to my classes… if I was able.

At the same time, I continued to be addicted to stimulating activities and risk taking—riding my motorcycle at high speeds after drinking, driving my car at unsafe speeds, and ultimately being arrested for driving while intoxicated.

I had dug myself into a very dark and difficult rabbit hole. 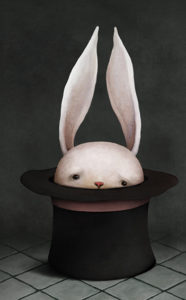 A well-researched phenomenon in addiction treatment is that when patients get physically “clean” but have no job or purpose to enter into, they will likely relapse. But when they are given a stake in their own relevance (such as a role with purpose that they can be passionate about), they are exponentially less likely to fall back.

Digging my way back out

So, back to that dark day in Jersey City where, thankfully, I elected to stick around and try to take back control of my brain. As I look back, there were five key steps to my recovery and eventual thriving. Obviously, the first thing I needed to do was to:

Ask for help. I remember dialing 4-1-1 (back then, you’d get a live operator), and simply saying, “I need help.” After briefly describing my situation, the voice on the other end pointed me to a nearby Narcotics Anonymous meeting, where I heard countless stories like my own. I wept as I described for the first time—to a roomful of total strangers—how I had gotten to the shameful point of being uninterested in spending quality time with my dying mother.

Fully recognize the problem. I needed to come to terms with the reality that I was using drugs and alcohol to alter how I felt, and stimulate or quiet my mind; and that this “remedy” was ruining my life. The NA and AA meetings helped tremendously with this realization, but I needed to take that realization further—to find what made me tick.

Fortunately, at around this time, I also got my first “real” job in a New York City ad agency. It was an entry-level job paying peanuts, but it provided another key ingredient to my digging out.

Find purpose and Passion. A well-researched phenomenon in addiction treatment is that when patients get physically “clean” but have no job or purpose to enter into, they will likely relapse. But when they are given a stake in their own relevance (such as a role with purpose that they can be passionate about), they are exponentially less likely to fall back.

Landing that job gave me purpose and fortunately I was passionate about this new profession. I really wanted to succeed and, as such, I now had something to lose! So I poured myself into my job and the new personal relationships it opened up to me, and those two things were enough to hold my interest.

I also began pursuing activities that gave me joy and intense sensory experiences, or what I now call alternative “drugs.”

Find healthy alternative “drugs.” I translated my dangerous addiction to risk-taking and speed into motorcycle racing in the confines of a race track. I also began adventure travel, started writing and performing my own music, and struck new friendships with as wide a variety of successful people as I could.

Now I could start to see and feel some light at the end of that rabbit hole. But there was one more step that helped solidify my comeback.

Help others. They say the best way to learn or reinforce a desired behavior is to teach it to others. Today I help others as a coach, author, public speaker, and advocate for the diagnosed and undiagnosed. But before my own proper diagnosis and treatment (which were also key to my turnaround, though that came years after I hit bottom), I knew that serving others would accelerate my healing, and I volunteered to visit a homebound veteran, which over ten years of weekly visits, became a precious friendship.

If you’re smoking weed or using alcohol to make you feel “normal” or “alive,” it’s a false friend. Life is amazing. I would say that life with ADHD can be even more amazing than the “normal” life—because we who have ADHD demand more excitement, novelty, and variety in order to be fulfilled. But booze and drugs are not fulfilling. They suppress real feeling and contentment.

Ask for help. Identify your purpose and your passions. Strike up a healthy addiction to an exciting hobby. Find ways to help others. Get out there and live!

Alan Brown is an entrepreneur and ADHD coach and the creative force behind ADD Crusher, a video series designed for teens and adults with ADHD. He is the author of the eBook, 5 Things You’re Doing Every Day That Make Your ADHD Worse. Learn more at ADDCrusher.com.