My resume coming out of high school was less than stellar: two suspensions for fighting, dozens of unsatisfactory citizenship marks, poor grades in any subject unrelated to those I liked (math and science), and a reputation as a troublemaker.

I know what you’re thinking—my resume doesn’t look that different from the rest of the members of the ADHD fraternity. But the year was 1969. ADHD hadn’t been defined yet. There were no legal stimulant medications, no self-help books, no coaches, no support groups, and no individualized educational programs. What we did have was lots of blame. At every school level my parents were told I needed firmer and more consistent discipline.

So when the dean called all the freshmen together during my college orientation and asked us to take a look at the person on our left and the person on our right, because they likely would not survive the rigors of the pre-med program, I was scared to death. In some ways this fear turned out to be an unlikely ally.

Adrenaline is the granddaddy of all stimulant medications. All that adrenaline helped me focus in a way I’d never known possible. I knew my academic skills were “limited,” and that I was going to have to figure things out very quickly if I was going to survive. Through trial and error, here’s what I learned.

First, I assumed I would have to study more than my peers. This turned out to be a correct assumption. But I quickly discovered that the quality of study was just as important as the quantity. I started in the library and found there were just too many distractions. Next I tried the study rooms; again, too much extracurricular activity for someone with my easy distractibility. Finally, I discovered I could take over an empty classroom in the chemistry building. Every night after dinner I would commandeer a classroom and spread my books out on the professor’s desk. The bright fluorescent lights were stimulating. There wasn’t another soul around.

In this isolated setting I found I could study intensely for about 20-25 minutes. Instead of trying push through this barrier, I would get up and walk around for about five minutes. Since there were no distractions, it was easy to get back to studying after these little breaks. I would study like this until midnight when they kicked me out. I did this every night, rain or shine.

One of the first things I discovered about the way I learned is that I found it nearly impossible to take notes and actually listen to the professor at the same time. When I looked at my notes they were barely legible and often didn’t make sense. So early on I decided to copy over my notes from my science classes. This simple solution paid big dividends. First, just the act of copying my notes helped me learn the material. But it also allowed me to quickly identify those concepts that I didn’t really understand.

Of course you’re probably wondering how I was able to study so much? Looking back, it’s clear that I was hyperfocusing, only this was an unknown concept then. We now know that people with ADHD have the ability to focus intensely on things they are interested in. I was interested in science and the human body, so I was able to apply myself in a single-minded way. It helped that no one was forcing me to do it—it was my choice to study.

But fear, focus, and my new study habits wouldn’t have gotten me through college without help from another unlikely source. In high school I discovered long-distance running. After running ten miles I was strangely calm and my mood was elevated from all the endorphins. Running helped provide some structure to my often-disorganized life. It was something I could set as a goal and accomplish every day. This boosted my self-esteem and made me feel like I was in control of my life, even when it wasn’t always true. I basically ran my way through college and medical school and kept right on running when my schooling was over. 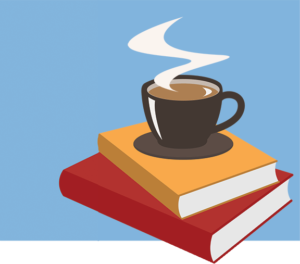 So there I was at the end of my first college semester with two finals on the last day. It was fast approaching midnight, and I was only about half way through all the material I wanted to study. I knew the campus coffee shop would soon close for the night. Since my mother had told me it would stunt my growth, I had never drunk coffee before. I ordered a large coffee and quickly consumed it. Wow, it was like rocket fuel. I studied with razor-sharp focus until three in the morning and aced both finals. Thereafter I tried to have a cup of coffee before heading off to study for the night.

While the dean was correct in his prediction—more than half the students dropped out of the pre-med program—I wasn’t one of them. After my first year I got more comfortable with the academic load and was even able to run on the cross-country team my junior and senior years. I was accepted to medical school and after graduation practiced medicine for approximately 12 years. After that I joined the biotechnology industry and helped design and implement clinical studies for new drugs to help fight cancer.

When I was about 45 years old, I read Driven to Distraction and realized for the first time that I had ADHD. While this diagnosis explained much about my past, it took a lot of work and time for me to understand how this new knowledge could also be used to improve my current quality of life and my relationships.

So is my experience relevant in 2019? While there are now medications and self-help books and coaches and support groups, I think it is safe to say there is no single technique or medication that works for everyone. Each of us is wired a bit differently and each of us has accumulated a variety of unique coping skills. So my recommendation is to try different things to see what helps.

If you are hyperactive, try incorporating an activity such as running, swimming, cycling, or rowing into your routine. You might find that it lifts your mood, calms your anxiety, and gives you a sense of wellbeing. If you are the parent of a child with ADHD, try getting your child involved in some type of endurance sport. He or she may reap all the same benefits and you will have helped him or her develop a healthy habit that will last a lifetime. If your child is an introvert, individual sports like running might be more fitting than a team sport. On the other hand, an extroverted child would probably prefer something with more social interaction, such as crew or soccer.

Many people think of hyperfocus as a mysterious force that comes and goes without reason. In reality it is no more than our brain’s way of telling us that it perceives something as interesting, novel, or exciting. Parents would do well to notice which things capture their child’s interest and they should encourage this interest regardless of whether it fits with the traditional definition of an acceptable career choice. You can’t force your child to hyperfocus on becoming a doctor or a lawyer if his or her brain isn’t interested in medicine or the law.

The caveat to this is TV, cell phones, video games, and social media—most of which I did not have to compete with. These activities are created to be habit forming and thus prolonged involvement with them can be like kryptonite for the ADHD brain. If there is a sport, or music, or art, or hobby, or craft that truly captivates your child—encourage it to the max. Your child will thank you.

When I was in school we could only get caffeine from coffee, tea, or soda. These days there are many, many products with caffeine and other stimulants. The problem is that caffeine is habituating—the more one uses it, the less effective it becomes. Also, if it is abruptly stopped (for example, on weekends when there’s no school) kids (and adults) can withdraw and get headaches, irritability, and reduced concentration. There are also potential concerns about using too much caffeine with other stimulant medications. So while caffeine can help those of us with ADHD, I would suggest placing some common-sense limitations on its use.

Each of us has to find out what helps us function in a more socially acceptable and productive way. Activities as diverse as chewing gum (I chewed a lot of gum in college) or listening to music have been shown to help some people with ADHD focus and study more effectively. Try to keep an open mind and experiment by applying new strategies in a way that will appeal to your ADHD brain.

Daniel Pertschuk, MD, is a retired physician living in San Diego. He’s written five novels, the most recent of which, Band of Wild Ones (2018), chronicles his experiences growing up in the 1960s with undiagnosed ADHD. When he’s not writing, he is playing blues harmonica, painting, dancing, or doing yoga.