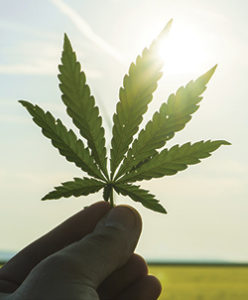 A look at the statistics

Marijuana is one of the most widely used psychoactive substances worldwide after tobacco and alcohol. Higher rates of all substance use disorders are well documented among adults with ADHD. Compared to people who do not have ADHD, those with ADHD are at increased risk for early initiation of cannabis use, for heavy use, and for developing a cannabis use disorder.

The National Epidemiological Survey on Alcohol & Related Conditions in the United States determined that adults with ADHD use cannabis two to three times more than adults without ADHD. Some research suggests that over their lifetime, people with ADHD are almost eight times as likely to use cannabis compared to those who do not have ADHD.

What research says about presentations of ADHD

Are particular presentations of ADHD in childhood more or less predictive of a substance use disorder in adulthood? Some research suggests that impulsivity and oppositionality during childhood seem to predict increased risk of cannabis consumption in adulthood. The combination of ADHD and a substance use disorder is also associated with a worse prognosis and quality of life.

In some studies, no significant differences were found in the prevalence of ADHD subtypes among individuals with ADHD who report cannabis use. However, some research suggests that the average age of initiation of cannabis use is significantly younger among those with ADHD with the hyperactive/impulsive presentation, compared to those with the inattentive presentation.

There are several possible explanations for substance use and substance use disorders in adults with ADHD. The risk is particularly striking in people whose childhood ADHD symptoms persist into adulthood, when substances are more readily available. Recreational cannabis use may be associated with impulsivity, sensation-seeking, poor choices in peer groups, impaired occupational and social functioning, and the desire for intoxication.

Both recreational substance use and substance use disorders may be associated with efforts at self-medication of the various ADHD symptoms themselves. The co-occurrence may reflect efforts to self-medicate with respect to negative emotionality, such as anger, sadness, anxiety, and inadequate emotional regulation. Self-medication may not necessarily be specific to ADHD symptoms, but rather a way of relieving co-occurring mood and anxiety-related symptoms that are common in people with ADHD.

For some individuals, stimulant medication for the treatment for ADHD may cause adverse effects such as excessive arousal and insomnia. Cannabis use may be an attempt to try and counter those adverse effects.

Dopamine neurotransmission has been shown to be involved in both ADHD and substance use. In the case of ADHD, this has to do with an underproduction of dopamine and norepinephrine. Studies show that acute use of THC (the psychoactive component of cannabis) causes increased dopamine release, while long-term THC use is associated with blunting of the dopamine system. Thus, cannabis use may also be an attempt at self-medicating—that is, “chasing dopamine.”

In addition, studies show that cannabis use (in particular, early-onset use and ongoing use) and ADHD are both associated with deficits in neurocognition, including attention, memory, and executive functions. Both ADHD and regular cannabis use are associated with motivational issues.

Determining a diagnosis of ADHD in individuals who are actively using cannabis—or in those who have recently been abstinent following active cannabis use—can be quite difficult. The clinician must tease out whether those neurocognitive deficits are more cannabis-induced, true ADHD, or a combination of both.

De Alwis D, Lynskey MT, Reiersen AM, Agrawal A. (2014). Attention-deficit hyperactivity disorder subtypes and substance use and use disorders in NESARC. Addictive Behavior, 39(8):1278–1285.

Miranda A, Colomer C, Berenguer C, Roselló R, Roselló B. (2016). Substance use in young adults with ADHD: comorbidity and symptoms of inattention and hyperactivity/impulsivity. International Journal of Clinical Health Psychology, 16:157–165.

David Teplin, PsyD, CPsych,is an adult clinical psychologist in private practice in Toronto, Canada, and an adjunct professor in the doctoral program in clinical psychology at Medaille College in Buffalo, New York. His primary focus is clinical assessment, adult ADHD, and substance use disorders. He serves on the editorial review boards for the Journal of Addictive Diseases, the Journal of Attention Disorders, and the Journal of Opioid Management. More recently, Dr. Teplin was chairperson of the Canadian Psychological Association’s task force on the legalization of cannabis.