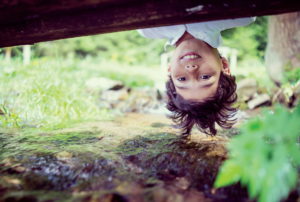 In this research update, the first study examines associations between exposure to nature and rural environments with ADHD in youth. The second study investigates whether contact with green spaces relates to lower ADHD symptom severity. Both studies are correlational, and therefore cannot determine whether contact with nature causes improved ADHD symptoms. The studies do suggest important areas for future investigation. The results of this research adds to an emerging literature which suggests an association between nature and ADHD. Future studies are needed, however, to examine specifically whether contact with nature leads to ADHD symptom reduction.

Is there an association between rural living, exposure to nature, and ADHD?

The first study examined whether nature exposure is associated with ADHD from birth to 18 years of age. Among other possibilities, a potential mechanism for nature as protective against ADHD is that based on attention-restoration theory, interaction with the natural environment is restorative as it takes less attentional effort than interaction with non-natural environments.

The authors examined data from 49,923 children born in 1998 in New Zealand. They estimated the amount of exposure to green space for each year of the child’s life until age 18 by calculating a greenness index based on satellite imagery of the child’s place of residence. Three greenness indices were calculated: the minimum, average, and maximum levels of nature exposure. To measure the association between rurality and ADHD, the authors also determined whether the child’s residence was in an urban or rural area. In addition, they assessed whether a child had ADHD based on whether the child had a hospital diagnosis of ADHD or had received at least two prescriptions for three major ADHD medications. Variables that are correlated with higher risk for ADHD, such as premature birth, parental smoking, and sex, were accounted for in analyses.

The study findings demonstrated that children who lived in rural areas and those who had a minimum level of nature exposure after 2 years of age were less likely to have ADHD. Both rural living and the minimum level of nature exposure were independently and uniquely related to ADHD. However, as this was a correlational study, a causal link between nature and ADHD cannot be established. It is possible that the association between rural living and ADHD may be due to lower health care access in the rural communities examined. As well, the authors could not determine how much actual nature exposure each child had, nor were they able to determine the specific parts of nature that may be protective. Overall, this study builds on a handful of research examining how nature exposure is related to ADHD, and indicates an important area for future research.

Does contact with green spaces relate to lower severity of ADHD symptoms?

This study examined whether the green spaces of children’s play settings may be related to child ADHD symptoms. The authors examined data from 421 parents of children with ADHD between the ages of 5 to 18 years. Parents completed questionnaires rating their child’s general ADHD symptom severity and selected photos of different play settings where their children played in the last week. For photos, parents were provided with a number of options, such as places with big trees and grass, places with open grass, places that are indoors, and places that are built or paved. Parents were also asked if their selection was where their child usually plays.

Examining specific ADHD symptom presentations, children with the primarily hyperactive-impulsive presentation had less severe symptoms in an open grass play setting compared to the other settings. For children with the primarily inattentive presentation, both open grass and big trees and grass settings were related to lower symptom severity than less nature-based settings. Income and sex were found to not account for these associations between nature-based play settings and symptom severity.

This study supports previous research linking contact with nature with lower symptoms of ADHD. However, a limitation of this study is that it relies solely on parent report and parent report may be less accurate for older youth. The study also did not ask for an estimate of the amount of time children spent in each play setting. As well, this study was correlational and so cannot draw any causal links. It is therefore possible that the type of activity or amount of exercise in the play setting could explain these findings.

Yuanyuan Jiang, PhD, is an assistant professor and registered psychologist in the School of Counselling, Psychotherapy, and Spirituality at Saint Paul University. Her research focuses on understanding how attention, behavior, and cognitions relate to each other to learn how to improve assessments and interventions for children with ADHD.

Roxana Manoiu is a PhD student in the School of Counselling, Psychotherapy, and Spirituality at Saint Paul University and a registered psychotherapist (qualifying) with the College of Psychotherapists of Ontario. Her research interests focus on perceptions related to the parent-teacher relationship for children living with and without attentional difficulties.