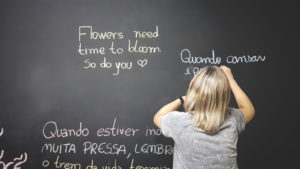 PAX Tools are simple, evidence-based strategies that parents and other caregivers can use to help improve children’s self-control and emotional self-regulation skills. Strategies are drawn directly from the PAX Good Behavior Game (PAX GBG) and the publications on evidence-based kernels that are fundamental units of behavior change in humans.

The brainchild of prevention scientist Dennis Embry and his colleagues, PAX GBG has been shown to result in improved outcomes among school-age children in the United States, Canada, Europe, and Australia when successfully implemented in a classroom setting. Embry and colleagues Carmen Irving, Kathryn Tummino, Jason Fruth, and Erin Roepke developed PAX Tools in an effort to extend many of these PAX GBG practices to community settings, including home.

At first glance, PAX Tools can appear to be too simple to be very effective. Not according Embry, however, who notes that PAX Tools are all evidence-based. Using them in combination is important, though. A brief description follows; note that parents are referred to in these descriptions, but actually PAX Tools apply to other caregivers as well, extended family members and daycare workers among them.

Shared Vision: Misunderstandings at home are less likely once family members have set time aside to establish a shared vision. To begin the process, parents ask children: What would you like to see more of each day? What would you like to see less of? Parents also have a chance to weigh in: What would mom and dad like to see more of, and less of, each day? Our shared vision can be narrow (mealtime, bedtime, or specific activity) or broad (how we want to treat one another at home).

Low Emotional Responses: These are simple, non-emotional, nonverbal visual cues (thumbs up or thumbs down, for example) intended to quickly communicate to a child whether the behavior we’re observing is okay or not okay. By responding quickly, quietly, and non-emotionally, we avoid responses likely to “raise the heat.”

Beat the Timer: Using a visual timer, parents ask their child to complete a specific task within a short amount of time. If the entire task requires a greater length of time, parents divide the task into shorter increments. Shorter time increments help reduce external distractions. Children often find the activity fun and motivating. Pairing the activity with tasks that children find less fun and motivating has also often worked well (such as playing Beat the Timer when getting ready for school or completing daily routines).

Random Sticks: As an alternative to assigning chores to children (and avoiding comments like That’s not fair and I always get the hardest chore), parents prepare a jar of small sticks, each linked to a different chore. Each child then randomly picks from the jar to see which chore to complete.

Mystery Motivators: Quick (30-60 seconds) nontangible rewards, physical in nature, requiring children to expend energy. Parents need not buy anything. To find rewards that may work best for a child, parents are asked to observe what their child does on his or her own when left alone. It can be very simple things, like sitting backwards in a chair, tapping their pencil when sitting at their desk, and so on.

Kudos Notes: Notes parents write to a child letting the child know that they appreciate a specific behavior the child is demonstrating. Kudos notes richly reinforce the behavior parents want to see more of. Kudos notes can also be written by children to other children.

Punishment Versus Discipline: Embry and colleagues remind us that discipline and punishment are not synonymous terms. Punishment, for example, focuses on some form of past misbehavior, and focuses little to no attention on how to behave differently in the future. Embry learned this in his early work with Sesame Street, doing direct observation of children’s dangerous behaviors. He observed that punishment paradoxically triggered far more problematic or even dangerous behavior. Discipline, on the other hand, is a positive method for teaching what behavior is okay or not okay. Catching a child engaging in the behavior we want to see more of is an example of positive discipline. Modeling and practicing the behavior we want to see are other examples.

PAX Breaks: These are opportunities for children to de-escalate before emotions grow out of control. The goal is to eventually teach children how to self-soothe when they feel themselves starting to lose control, and to do so without adult intervention. Parents and other caregivers also learn to take PAX Breaks when feeling stretched emotionally.

PAX Amends: These are restorative practices that children engage in after a misdeed of some sort has occurred. PAX Amends are prepared in advance and written down on index-sized cards. Children can draw from these cards after a specific misdeed. As with restorative practices, the strategy is intended to restore and strengthen relationships.

PAX Focus: Using the gentle sound of a harmonica (from low to high and back to low again), PAX Focus serves as a cue for children to refocus their attention on to the parent or other caregiver. Once hearing the sound of the harmonica, children practice and learn a three-step process: 1) Stop what you’re doing; 2) Look at the adult; and 3) make a peace sign, showing the adult you’re paying attention.

Parents and other caregivers who are interested in learning how to implement PAX Tools can participate in one of the training seminars offered throughout the year. The seminars are also recommended for others in the community who serve the needs of children. All PAX Tools trainings are conducted at no charge. Anyone interested in becoming a PAX Tools trainer can enroll in a facilitator training course. Candidates come from many different fields—community health education, mental health, and faith-based services, to name a few. Note that once certified as a PAX Tools trainer, all trainings must be conducted at no charge.

Watch short videos describing each of the PAX Tools in greater detail at www.youtube.paxtools.

For details on PAX Tools seminars, go to https://www.paxis.org/az-pax-tools.

To learn more about becoming a PAX Tool trainer,  go to https://www.paxohio.org/pax-tools.