CHADD and Russell A. Barkley, PhD, Partner to Announce Findings

THE MESSAGE IS CLEAR. Treatment for ADHD, along with the related health risks it poses, has the possibility of adding an average of nine to thirteen years to the lifespan of children and adults diagnosed with ADHD. This is the implication of a cutting-edge research study conducted by Russell A. Barkley, PhD, who evaluated the connection between ADHD and fourteen critical health factors, including nutrition, exercise, and tobacco and alcohol use.

Dr. Barkley summarized his findings in his keynote address at the 2018 Annual International Conference on ADHD in St. Louis, Missouri, where he was presented with the organization's Lifetime Achievement Award. The complete study, "Hyperactive Child Syndrome and Estimated Life Expectancy at Young Adult Follow- Up: The Role of ADHD Persistence and Other Potential Predictors," was recently published in the Journal of Attention Disorders. 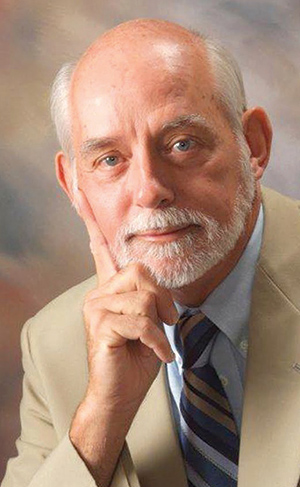 Dr. Barkley is a Clinical Professor of Psychiatry at the Virginia Treatment Center for Children and Virginia Commonwealth University Medical Center in Richmond, Virginia. He is an internationally recognized authority on ADHD in children and adults who has dedicated his career to widely disseminating science-based information about ADHD.

"Our research shows that ADHD is much more than a neurodevelopmental disorder, it's a significant public health issue," says Dr. Barkley. "In evaluating the health consequences of ADHD over time, we found that ADHD adversely affects every aspect of quality of life and longevity. This is due to the inherent deficiencies in self-regulation associated with ADHD that lead to poor self-care and impulsive, high-risk behavior. The findings are sobering, but also encouraging, as ADHD is the most treatable mental health disorder in psychiatry."

Dr. Barkley and his team utilized data from a longitudinal study in Milwaukee, Wisconsin, that followed a group of mostly male patients with ADHD from childhood to adulthood, and analyzed the data using an actuarial-based life expectancy calculator developed at the University of Connecticut by the Goldenson Center for Actuarial Research.

"Dr. Barkley's research confirms what we've suspected for some time," says CHADD Resident Expert L. Eugene Arnold, MD, MEd, Professor Emeritus of Psychiatry and Behavioral Sciences, Nisonger Center Clinical Trials Program, Ohio State University. CHADD (Children and Adults with Attention-Deficit/Hyperactivity Disorder) is the nation's leading resource on ADHD, providing support, training, education, and advocacy for the 17 million children and adults in the United States living with ADHD, their families, educators, and healthcare professionals. Dr. Barkley has been working with CHADD in various capacities for more than thirty years, and will partner with the organization to identify and execute various initiatives stemming from his research findings.

"If you look at the four biggest health risks in the US– poor diet, insufficient exercise, obesity, and smoking– ADHD presents a greater risk than all four of these concerns combined," explains Dr. Barkley.

"ADHD is a major health problem that has not been evaluated in that light by policymakers," adds Dr. Arnold. "It needs to be taken much more seriously."

To varying degrees, ADHD is a factor in many first-order lifestyle behaviors that result in reduced life expectancy, and Dr. Barkley contends that these behaviors are not likely to improve until the underlying problem– ADHD–is addressed. He says the professional influencers who are most likely to have an impact on healthy lifestyle choices–primary care physicians, pediatricians, cardiologists, and other healthcare professionals–often do not look for ADHD as a potential reason for their patients' noncompliance with recommended changes.

"Healthcare professionals need to look behind the curtain for ADHD," says Dr. Barkley. "Patients who struggle to follow their physicians' advice to manage weight, stop smoking, or reduce sugar intake, among other concerns, should be screened for ADHD and treated accordingly. We need to educate our colleagues about the symptoms of ADHD, the substantial impact this disorder can have, and how to screen for it. The good news is, with accurate diagnosis and the continued use of evidence-based treatments including cognitive therapy, educational support, skills training, and medications, people with ADHD may add years back to their lives. And collectively, we can make a significant impact on some of the biggest health concerns we face as a nation."