MANY WOMEN STRUGGLE at midlife with undiagnosed and untreated ADHD complicated by hormonal changes, which often span two decades. They typically report feeling overwhelmed, inadequate, misunderstood, and distressed at a time in their lives when they often have the greatest demands on their time and energy. Their problems can be exacerbated by the denial of the existence of ADHD in high-functioning women by many physicians, mental health practitioners, and members of the public.

These women frequently get the runaround. Treated for stress, anxiety, or depression by their primary care physicians, there may be no recognition of the underlying neurological condition that is at the root of it. Too often, these middle-aged women are misdiagnosed or misunderstood. They continue to struggle and suffer in silence.

ADHD is a brain-based neurological variation involving both chemical and structural differences, and yet many women continue to get a message that their symptoms are due to a character flaw, personality style, or lack of effort. As research by Mira Holthe and Eva Langvik indicates: "Compensatory work efforts, high IQ, and structured and supportive home and school environments can contribute to keeping ADHD hidden for years, while inconsistent performances are instead attributed to perceived personal flaws, leading to self-blame and low self-esteem." 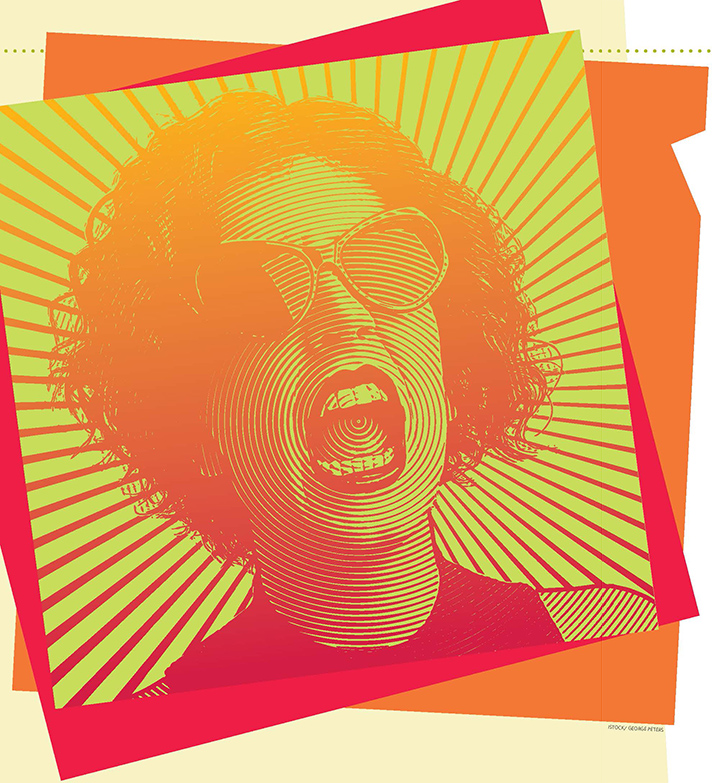 Fallout from missed or late diagnosis

Many women were not identified as having ADHD earlier in life due to several factors. They are generally not very disruptive in school, they try hard to please their teachers and parents, and they often try to hide their struggles or to compensate for them. There are also multiple protective factors that may make their ADHD less obvious early on, such as a high IQ, good social skills, and a supportive environment (Nadeau & Quinn).

Over the course of their adult lives, societal expectations can contribute to their growing sense of inadequacy as they take on adult responsibilities. They are often expected to seamlessly manage the household (cooking, cleaning, laundry, shopping, finances), the children (school, homework, doctor visits, sports, activities) and the family social calendar (kid's events, social gatherings, holidays, maintaining friendships, and the marital relationship). On top of those expectations, many are taking care of aging parents and working outside the home. They tend to experience feelings of shame and inadequacy as they struggle to fulfill the gender-role expectations as mothers, wives, and homemakers, often exhausting themselves trying to meet these daily demands on their executive functioning.

The perception of ADHD as a "moral deficit" versus a neurodevelopmental disorder can dramatically affect how women experience their symptoms and impairments (Hinshaw & Scheffler). There is often a strong social stigma. Women not diagnosed with ADHD until adulthood are more likely to suffer from depressive symptoms, anxiety, sleep disorders, eating disorders, substance use, and low self-esteem (Holthe & Langvik; Waite).

"A late or missed diagnosis is also associated with difficulties in being consistent as a parent, problems in managing jobs and household, conflicts at home/ school/work, reduced quality of life, and an increased risk of divorce and single parenting," write Holthe and Langvik. The fallout of a late diagnosis is often quite significant over the course of a woman's life.

Many perimenopausal women experience hormonally related cognitive symptoms that can exacerbate underlying ADHD. ADHD that may have been considered subclinical (not fully meeting diagnostic criteria) and that may have been more manageable earlier in life may leave middle-aged women wondering why they now feel so overwhelmed and like they are "losing it." This often happens for women at a time in their lives when they typically have a lot of demands on them and expectations to meet. These demands can come from aging parents, young adult children needing support, and career pressures. Some women even ask, "Why is my brain not working as well as it used to? Is it early onset Alzheimer's?"

This experience brings numerous women to their primary care physician, a psychiatrist, a neurologist, or a therapist to help them manage their increased anxiety and their reduced ability to manage their lives. Sometimes that backfires, because many physicians are not aware of how untreated ADHD can lead to feelings of being overwhelmed, stressed, and anxious. Women are then prescribed medication for anxiety and depression, which may help somewhat initially; however, the underlying neurological issue goes largely untreated.

Midlife-onset executive functioning difficulties are common; however, they seem to be far worse in women with pre-existing, or previously subthreshold ADHD. Memory complaints during or after the menopause transition are common. Approximately sixty percent of middle- aged women reported cognitive changes (Sullivan & Woods) and forty-two percent of postmenopausal women reported a negative change in cognition in the Study of Women Across the Nation (Bromberger et al.).

Optimizing brain functioning is of primary importance in treating ADHD. Medication (especially psychostimulants or atomoxetine) is arguably the most effective means of addressing the underlying chemical issue and should at least be considered. The same with hormone replacement therapy, ideally with bioidentical hormones.

Exercise is another key treatment element. Exercise boosts blood flow to the brain and increases serotonin, dopamine and norepinephrine availability, creating new receptors. As John Ratey, MD, states: "Exercise is the single most powerful tool you have to optimize your brain function" (Spark). It significantly improves academic performance, test scores, cognitive flexibility, and executive functioning, as well as reducing emotional reactivity and irritability.

ADHD is a brain-based neurological variation involving both chemical and structural differences, and yet many women continue to get a message that their symptoms are due to a character flaw, personality style, or lack of effort.

Overall, the benefits of meditation are far-reaching and include the above in addition to improved focus and efficiency, enhanced learning, problem-solving, and creativity, reduced stress and anxiety, improved sleep (onset and quality), an enhanced sense of well-being (positive emotions), reduced age-related cognitive decline, and a slew of health-related benefits (including reduced inflammation, improved immune system, and lowered blood pressure, heart rate and respiration), down to the cellular level.

Nutrition is an essential aspect of good brain health and improved cognitive and behavioral functioning. Generally, a higher-protein, lower-carbohydrate diet enhances energy and concentration. Protein contains the amino acid building blocks for dopamine and other important neurotransmitters and is essential to a "concentration" diet.

Of course, in addition to optimizing brain functioning in these ways, women with ADHD need to learn strategies to compensate for and manage their symptoms of ADHD. They also need help in changing their personal narratives and self-talk from self-blame and shame to a real understanding of the effects of their underlying neurology on their life struggles. Reducing stress, creating structure and accountability, and simplifying their lives are also very important.

These women desperately need appropriate medical and psychosocial treatment for ADHD, leading to better self-understanding and improved functioning. They experience tremendous relief when they learn about the interaction of the neurological and hormonal factors affecting them and that there are ways to change their brain and their lives for the better. The key is to have the potential underlying ADHD diagnosed and treated, if it has not yet been, and to consider the possibility of hormone replacement treatment.

As a clinician, it has been wonderfully gratifying to witness the transformation of such women as they embrace the knowledge, tools, and lifestyle changes that will allow them to thrive and to redefine themselves by their strengths rather than by their failings. Too many women, most of whom are in the boomer generation, are suffering needlessly and silently.

Holthe ME & Langvik E. (2017) The strives, struggles and successes of women diagnosed with ADHD as adults. SAGE Open (Vol 7, Issue 1).

Matlen T & Solden S. (2014). The Queen of Distraction: How Women with ADHD Can Conquer Chaos, Find Focus and Get More Done. New Harbinger.

Carol Ann Robbins, PhD, is a licensed clinical psychologist specializing in the diagnosis and treatment of ADHD across the lifespan. She is the clinical director of the Annapolis ADHD Center and works with Kathleen Nadeau, PhD, an internationally known expert on ADHD, at the Chesapeake ADHD Center of Maryland. Dr. Robbins is a seasoned speaker, presenter, and author, as well as past president of the Maryland Psychological Association and coordinator of the MPA Post-Doctoral Institute on ADHD across the Lifespan. She has served as coordinator of the Anne Arundel County chapter of CHADD since 2002.