MANY CHILDREN HAVE VIOLENT THOUGHTS AND AGGRESSIVE BEHAVIORS. Normal rough-and-tumble play-fighting can get too rough. Kids hit, kick, scratch, bite, throw, or even choke. Many children enjoy playing with toy guns. Even in households where toy weapons are banned, kids will still pretend to be warriors, making rifles out of sticks and guns out of toast. Art teachers call parents about Timmy's fascination with drawing bombs and blood. Principals call in mental health providers or issue suspensions when James threatens another boy on the playground, saying, "I'm going to kill you!"

Although these violent childhood behaviors are common, parents worry. My child won't have any friends. He could get into serious trouble. She could hurt someone. He lacks empathy. He could become a criminal. He could be a psychopath. She could have some other deep emotional problem. He could end up like my uncle.

Despite these parent fears, the overwhelming majority of children who display this upsetting type of behavior turn out okay. But when should we worry? Why do children act this way? What should we do?

● Spoiler alert #1: The source of these violent tendencies is not either inborn predisposition or culture. It's both Nature and Nurture.

● Spoiler alert #2: You might be able to loosen up a bit on play-fighting. You might want to tighten up a lot on exposure to screens and digital media.

When I recently spoke at a local school about children and violent behavior, there was a good turnout. Clearly, this was a topic of great concern to many parents and teachers. I asked those in attendance, "How many of you came out tonight because you're concerned about your boys?" Hands flew up. But then I asked, "How many of you are here because you're concerned about your girls?" Not a single hand in the air.

It's no secret that boys and girls tend to play differently. Before three years of age–even in gender-neutral households that shun pink and blue–children may still make traditional, gender-specific toy selections. Although there are certainly powerful cultural factors, a degree of biological predisposition is further suggested by the "cross-gender" play of very young children who ultimately identify as homosexual, transgender, or non-binary. Overwhelmingly, gun violence is a male problem. Homicide by firearms–including mass shooting–is almost exclusively tied to male gender. Although a decades-old connection between XYY genotype and violent criminality has proven to be very complicated and uncertain, there does seem to be something about the Y chromosome that increases risk of aggression. In study after study, neurobiologists find that the masculinizing effects of testosterone on the fetal brain is linked to subsequent differences in behavior. Although causation is complicated and girls are not immune, there is a strong correlation between violent behavior, male gender, and a host of other inborn factors. 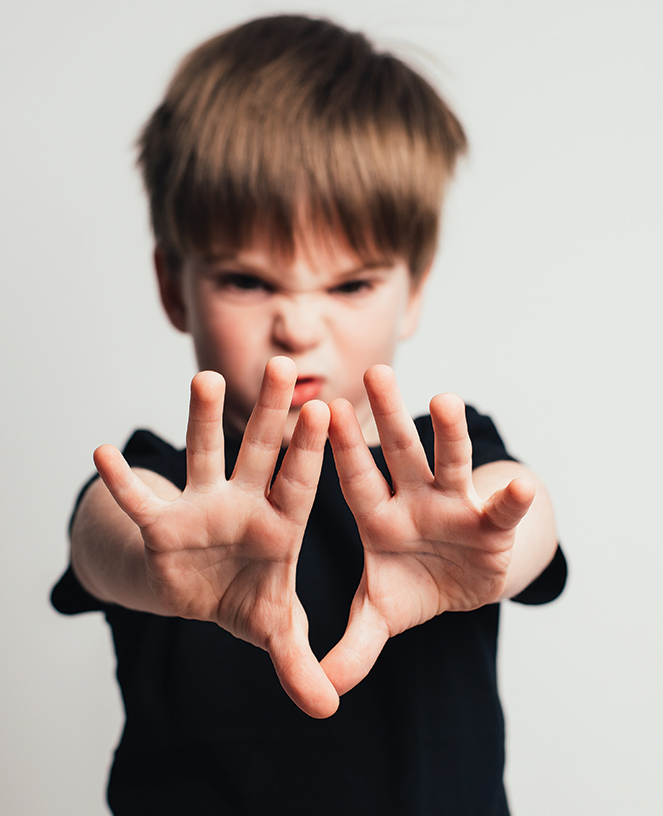 In many ways, we are not born just blank slates upon which culture alone writes our identity. The Brazelton Neonatal Behavioral Assessment Scale can identify differences in temperament in the first days of life. Beginning in the 1940s and continuing to this day, the New York Longitudinal Study has demonstrated that inborn differences in behavioral style can last over a lifespan. Such inborn programming has been confirmed by other studies of twins adopted at birth and raised in different homes. It is easy to imagine how certain constellations of temperament can increase an individual's risk of violent behavior; for example: high motor activity, high impulsivity, negative initial reaction, low adaptability, high intensity of reaction, negative mood, and certain types of sensory seeking. Studies by Jerome Kagan tied "difficult" baby temperament to high inhibition and "easy" baby temperament to low inhibition. In other work on behavioral precursors to violence, toddlers were exposed to horrific gorilla sounds. Most withdrew in fear. But some were attracted to these sounds of terror.

Beyond temperament, certain skill deficits can contribute indirectly to violent behavior. Children who have difficulty with motor, language, and executive skills might be stressed or frustrated and lash out. Children with social skills deficits might not be able to read social cues or context. They might resort to inappropriate behavior because they do not know more conventional ways to navigate certain social situations. Children who have been traumatized by significant medical problems, injuries, hospitalizations, surgery, and serious allergic reactions might have a shorter emotional fuse for certain social or sensory stimuli.

Any number of predisposing factors can lead to violent behavior. Consequently, an effective approach must be individualized according to each child's underlying causes.

Although it is crucial to understand biological precursors to violence, cultural factors are just as important. In ways both obvious and hidden, children are stressed by family, peer, and community pressures. There may be trauma– experienced or witnessed. There may be inadequate financial or educational resources. And of course, there is increasing exposure to media violence.

In 1998, the first comprehensive assessment of screen violence revealed that, before middle school, the typical child saw 8,000 murders and 100,000 acts of violence, including rape and assault. And this was only on television. Today, children experience screen violence more frequently, more graphically, and on many more viewing platforms. From the bedroom to the classroom, there are computers, video games, and touch screen devices playing thousands of YouTube videos, movies, and streamed channels. Children are bombarded with violent images. Some sources are obviously inappropriate. Others are considered more acceptable but may still be harmful; such as, certain sports (football, martial arts) and cartoons (Simpsons, South Park).

The first congressional hearings on the potential linkage between TV violence and homicides took place in 1952. Since then, hundreds and hundreds of studies have shown conclusive evidence that violent media is strongly associated with increases in aggressive behavior, violent thoughts, angry feelings, and "jacked-up" physiology.

After viewing violence, children are not just more willing to harm others. They follow through. This association between exposure to violence and actual aggression is even stronger than the association between cigarette smoking and lung cancer. This is a major public health problem. And yet, California legislation that made it illegal to sell video games labeled for mature audiences to minors was struck down by the US Supreme Court. Industry compliance with the Entertainment Soft ware Ratings Board remains optional. For now, regulation of children's exposure to media violence is entirely up to parents.

But what's the difference between normal play-fighting and a more serious problem? Pediatricians distinguish between behavioral blips and trends. Parents should seek professional consultation if, despite teaching their child otherwise, violence becomes the preferred way to resolve problems. Keep in mind, some very common childhood disorders can underlie aggressive behavior. Anxiety does not just cause "flight or freeze" responses, but "fight" reactions as well. The most common symptom of depression in childhood is not sadness, but irritability. And ADHD is not primarily a disorder of inattention but impulsivity, often including difficulty inhibiting emotional reactions. Even if you are concerned that your child's aggression might be secondary to a psychiatric problem, remember that biology is not destiny. Treatment helps.

1 Play with your children. Many children simply don't know how to play. Model and teach.

2 Establish rules for play-fighting. Emphasize the importance of ongoing mutual consent. How can you tell if your play-partner wants to play this game? As elsewhere, whether communicated verbally or nonverbally, no means no.

3 Talk with–not at–your children. Ask questions. How do you think that makes Timmy feel? How would you feel if he did that to you? Is that pretend or real?

4 Never use toy guns that look real. If games involve shooting, use targets, not real people.

7 Discuss media violence. Using soft ware such as Disney's My Circle, control your child's media exposure; both the time and the content. Do not allow content that makes violence seem normal, glamorous, rewarding, or exciting. Ban exposure to violence that is racist, sexist, homophobic, or in any way hateful. Beware violence in cartoons and comedies. Delay any dramatic exposure to violence until children are older. And then, be sure to include exposure to –and serious discussion of– real-world consequences. Use impartial ratings of content, such as Common Sense Media, to make sure your child's media "diet" is prosocial and age-appropriate.

Dan Shapiro, MD, is a developmental-behavioral pediatrician in Rockville, Maryland, and a member of Attention's editorial advisory board. He is the creator and director of the Parent Child Journey parent group behavior management training program, and author of Parent Child Journey: An Individualized Approach to Raising Your Challenging Child (CreateSpace, 2016). For more information, see ParentChildJourney.com.